The Royal Wedding: Less than 24 hours to go! 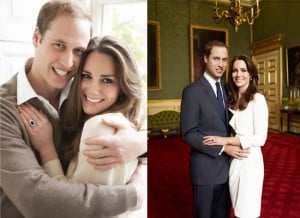 I’m so excited I could burst!  It’s less than 24 hours until the Royal Wedding and I’m counting down the hours like a child waiting for Christmas.  I can’t wait to see THAT dress, the look on Prince William’s face when he first lays eyes on Kate, the famous guest list, and (hopefully) a smile on the Queen’s face.  With our London apartments being so close to the action it’s been impossible to avoid the hysteria.  The crowds have been slowly building over the past few weeks, the tourist shops are filled with weird and wacky wedding souvenirs, the international media contingent is huge and royal loyalists have now started to pitch their tents along the route. It’s hard not to get swept up in the fairy-tale romance that will see Catherine Middleton, a commoner from Berkshire, marry her real-life Prince in front of an expected television audience of nearly 2 billion people.  Let’s hope they don’t forget their vows!

Congratulation to the bride and groom, we hope it’s a perfect day with perfect weather!

Posted on Thursday, April 28th, 2011 at 1:54 pm in London Living. You can follow any responses to this entry through the RSS 2.0 feed. You can leave a response, or trackback from your own site.