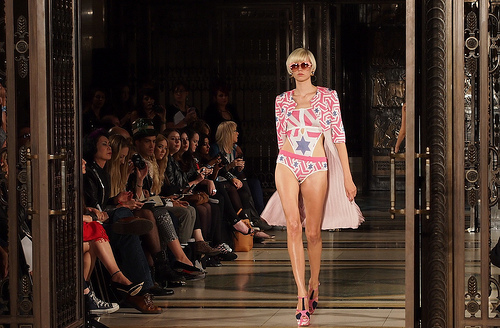 While the winter temperatures may have you bundled up in warm coats with scarves, hats and mittens piled on, those of you with an eye for fashion will be following the catwalks as London Fashion Week starts today! After the shows in New York, the British capital is the next stop in the annual fashion weeks around the world. London is one of the world’s most fashionable cities, and surely the Fall 2013-2014 collections on display for London Fashion Week will not disappoint the fashion editors, writers and photographers that have traveled from around the globe to see the latest trends on the London fashion scene.

The courtyard of the Somerset House has been transformed into fashion central to host London Fashion Week from February 15-19, 2013. While the shows are invite only for the media and glitterati, here’s a peek behind the scenes from the highlights of last year’s February fashion week in London from Fashion TV. Wouldn’t you just love to be front row for some of those shows?! You can also live stream some of the shows on the London Fashion Week website.

Valentino: Master of Couture in London

If you’re in London this week and watching the fashionistas coming and going isn’t enough fashion for your fancy, the Somerset House is also hosting an outstanding exhibit Valentino: Master of Couture dedicated to one of the biggest names in the fashion industry. Take a peek inside and hear Valentino talk about the exhibit in the video below.

Valentino: Master of Couture will be on display in the Embankment Galleries in the South Wing of the Somerset House until March 3, 2013. The exhibit is open daily from 10:00-18:00 and tickets are  £12.50. We highly recommend booking tickets in advance, which must be done online until midnight the day before. Due to the popularity of this show, there will only be a limited number of tickets available each day at the admissions desk.

Put on your most stylish (although sky high Louboutins are not recommended for comfortable gallery visits…) and head to the Somerset House in London to soak up the atmosphere of London Fashion Week 2013!

Posted on Friday, February 15th, 2013 at 1:15 pm in London Events. You can follow any responses to this entry through the RSS 2.0 feed. You can leave a response, or trackback from your own site. 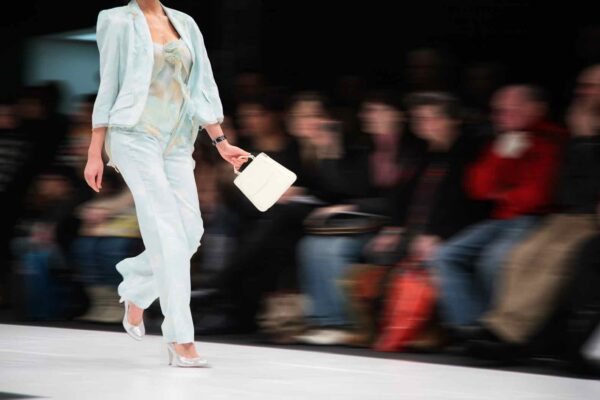 Why You Should Visit London During London Fashion Week