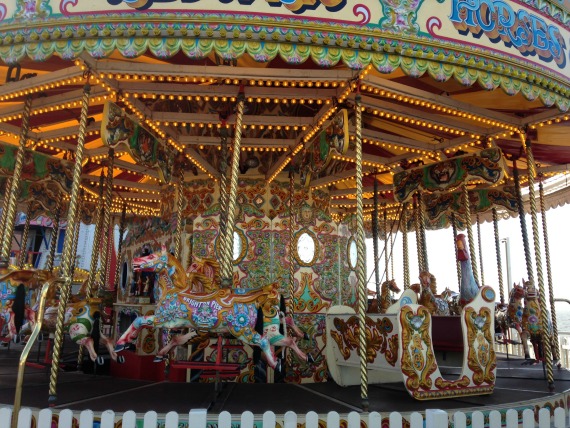 Take a spin on a carousel in Brighton

In just under an hour from London you can be casting your eyes out to sea. Catch a train from Victoria station, out through the city, the suburbs and the English countryside towards the little cosmopolitan hub-bub, with just a hint of naughtiness that is Brighton.

Originally a little fishing village, Brighton became popular from the 1730s when doctors started prescribing the drinking of sea water and sea bathing as a cure for common ailments. This was given royal endorsement when the Prince Regent himself (later to became King George IV) moved to Brighton and built what became The Royal Pavilion.

This royal home is a homage to both Indian and Chinese style and makes for an intriguing sight, with its curvaceous domes and elaborate pillars. Inside, it’s even more elaborate with diving dragons and Chinese lanterns adorning each brightly colored room. There are also peculiar quirks such as banana trees painted by people who had never seen a banana … so you’ll need to pick up the audio guide to spot that one! 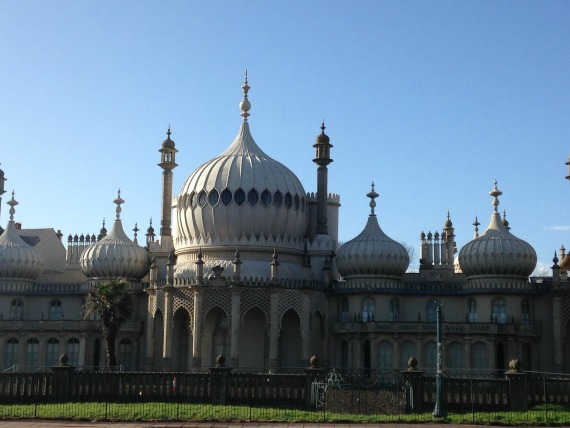 The elegant Royal Pavilion in the heart of Brighton

But if you’re  still thinking Brighton, how do I know that name? Well, we have a little reputation (and a disclaimer here, it’s my hometown, so I am wonderfully biased in proclaiming its loveliness) and it’s likely to be one of the following:

Could it be Quadrophenia? The movie, starring Sting and Phil Daniels all about the 1960s battles between Mods and Rockers, which was filmed in the backstreets, alleys and one particularly well known hotel. Deckchairs were thrown, in this film which imitated real Brighton history and also led to many a couple imitating … ahem … a certain passionate encounter in an alley.

Perhaps you know about our artsy side? Every May the Brighton Festival hosts a series of events on music, theater, dance, circus, art, film, literature, debate and the outdoors, which take place across the city over three weeks. Every year the festival is guest directed and this year critically acclaimed chronographer Hofesh Shechter will be taking on the role.

Brighton also has a naughty edge. Remember when Lydia skipped off with Mr Wickham from Brighton in Pride and Prejudice? Well, Brighton is also the place where traditionally one would take one’s bit on the side to a hotel away from home. If this is how you know the City, I shall say no more and move ever so discreetly on. 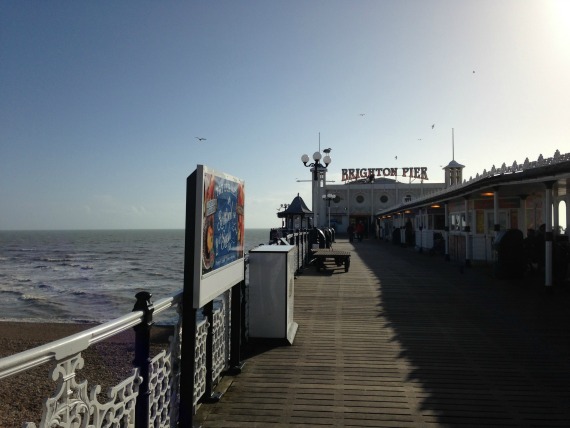 Take a stroll in the sunshine on the Brighton Pier

If you’re in the mood for something tacky, loud and sugar-coated, then where could be better than The Brighton Pier. Rather popular with the teenagers, us Brightonians bring our enthusiastic guests here for the arcade games, the terrifying rides and the plentiful doughnuts. For those of a gentler disposition, the Pier also offers beautiful views of the Regency townhouses which line the shore and come dusk it’s the best place to watch starlings swoop over the sea. 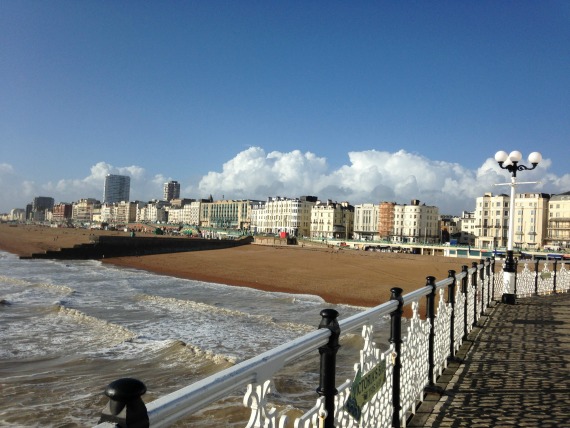 A view of the city from Brighton Pier

The shops in Brighton are renowned, I want to say world-renowned because as mentioned I’m terrifically biased, but they are at least where many a Londoner comes to escape the crowds, the walking distances and to seek something more original, more boutiquey than your average London shopping trip.

Where to head? Well you’ll want to experience the North Laines and where better to buy your friends envy then in the hotch-potch of specialty retro shops such as Jump the Gun and Utility, scour the second hand delights of Snoopers Paradise, pick up beautiful dresses at Nola, and then indulge in vegan healthfood treats at Iydea café.

After you’ve had you pick of the North Laine mix, you then need to spring over to the other side of North Street, confusingly named The Lanes (no ‘i’ here remember, if you want to win the pub quiz later). This is the place to come for antiques, military memorabilia and that all important something for the one you love – jewellery! 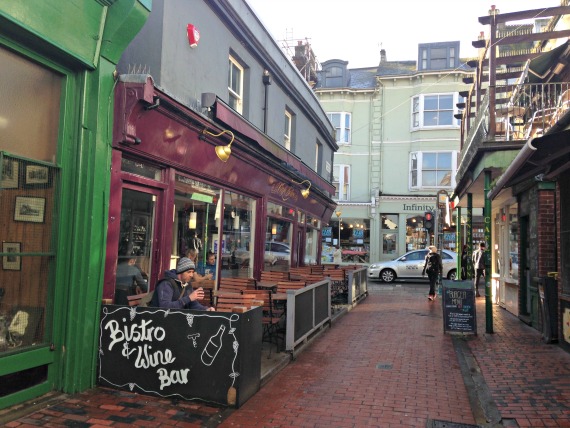 The North Laines are a treasure trove of boutique shops and alternative cafes.

No trip anywhere in England is complete without a trip to its local boozer, and Brighton is a treasure trove of dinky little pubs pulling very local pints. With trepidation, as these are my best kept secrets, I recommend The BasketMaker’s Arms and The Lord Nelson for some atmospheric drinks.

After all that ale, you’ll need some food to sop it up, so what better to eat then some fish and chips on the beach? Available literally everywhere. For something fancier try the lovely Riddle and Finns, or to be housed in Edwardian splendor English’s Seafood Restaurant. For  something spicier, try the delicious and very popular Indian restaurant Chilli Pickle or the place de jour La Choza. My personal pick though would be dinner at The Gingerman, an intimate restaurant specializing in high quality local produce. Yum, yum.

In a last bid for attention let me just mention that Brighton is also a bit trendy and a bit of a celebrity hotbed. As a quick name-drop Paul McCartney has a house here, also DJ Fatboy Slim, actor Steve Coogan and musician Nick Cave (who I regularly have coffee in the same café as). Oh there is so much more to say people, but hopefully this has whetted your appetite. See you in Brighton! 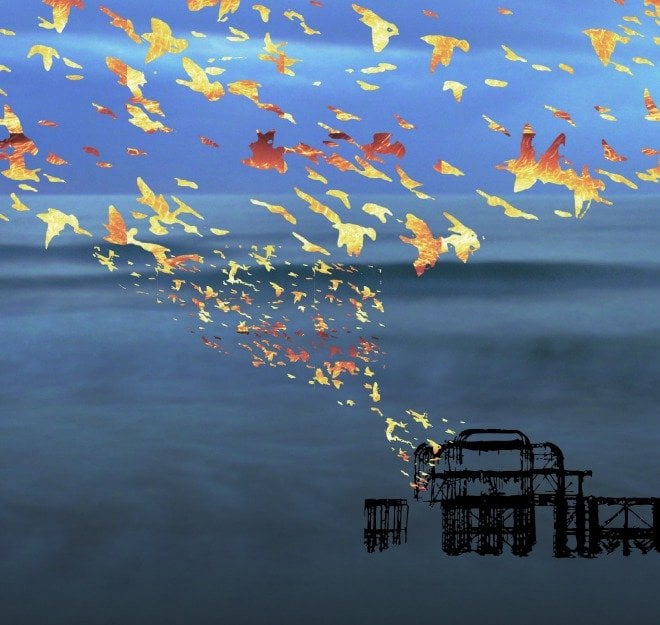 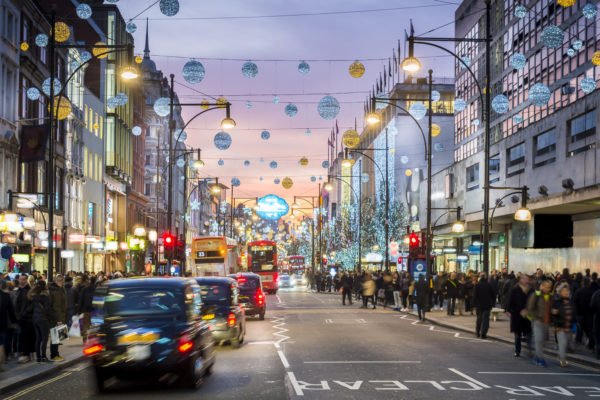 5 Reasons To Plan A Winter Trip To London

London Blog > See & Do A Brightening Day Trip to Brighton