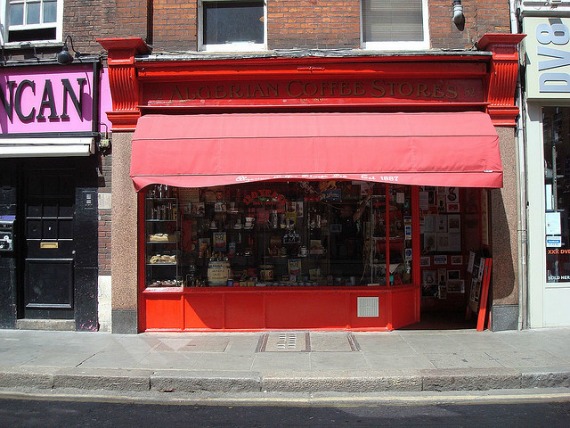 Discerning coffee lovers simply can’t afford to miss the Algerian Coffee Stores, a treasure trove of delights nestled deep in the heart of Soho. Established in 1887, this bazaar-like hidden gem — a firm favourite with locals — retains many of its original features, including the magnificent wooden counter and display case.

Coffee is bought by the gram as beans or ground. There’s a large menu offering some indication of what to expect from each of the mind-boggling range of house blends and single-bean coffees. But help is at hand from the knowledgeable staff for customers requiring additional guidance. 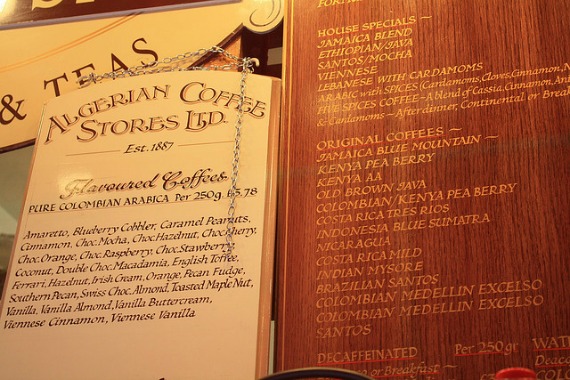 Quite the selection at Algerian Coffee Stores in Soho

In addition to all this, the shop also boasts a dazzling array of teas called things like “osprey lapsang,” “moon palace” and “dragon whiskers,” exotic infusion herbs, confectionery and bespoke tea and coffee-making paraphernalia. And if it’s a quick pick-me-up while out shopping in Soho you’re after, you’ll be hard-pushed to beat the £1 take-out espresso shots, which can be made into a double at no extra cost.

The store’s online delivery service means you can continue to sample their delectable wares from anywhere in the world, too — just visit their website below for more details.

Posted on Friday, April 25th, 2014 at 3:17 pm in Food & Drink. You can follow any responses to this entry through the RSS 2.0 feed. You can leave a response, or trackback from your own site. 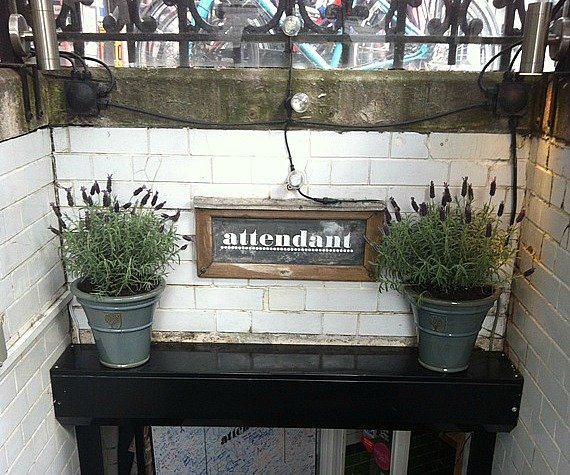 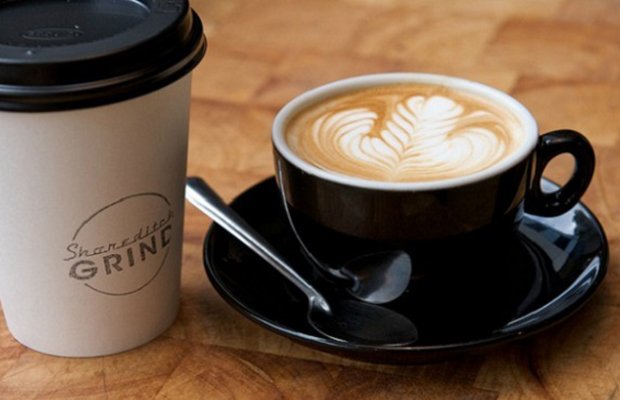 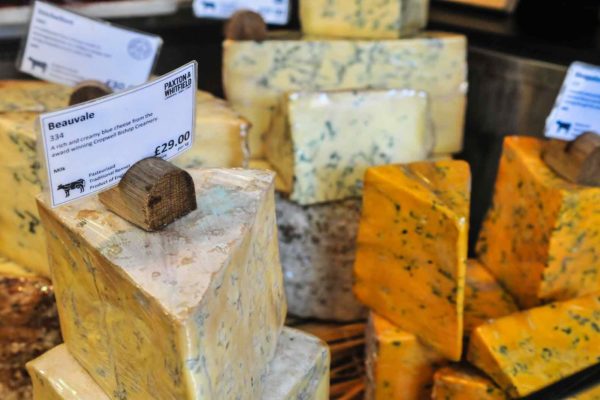