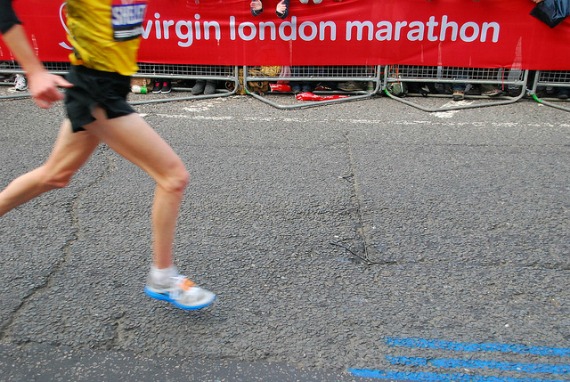 See you on the streets of London for the 2014 Virgin London Marathon!

This year the Virgin London Marathon will be held on Sunday, April 13th, and will follow its traditional path along the River Thames to end at The Mall by St. James’ Park, for a distance of 26.2 miles. The route has not altered much over the years. The only significant change occurred in 1982 when the finish line was transferred to Westminster Bridge instead of Constitution Hill because of construction work being done at the Hill at the time. Twelve years after that the line was moved to The Mall. But in all the changes over the years there’s still London as the stunning backdrop to the marathon.

For runners, the route is easy enough–largely flat and open–but the participation fee can be rather steep: about £100. However, since the London Marathon is one of the–if not the–biggest fundraising event in the British Isles, the entry fee may also be paid by a sponsoring charity organization. Even if you’re not a runner, it’s fun to cheer the runners along who are running the marathon for such wonderful causes!

But there are other ways to enter the London Marathon. For instance, if you have run any marathon race before and have been considered a fast runner for your age, you can join the London Marathon as a “Good for Your Age” category entry. Ages are bracketed from 18 to over 76 for both men and women. And there’s also a participation category for people in wheelchairs. 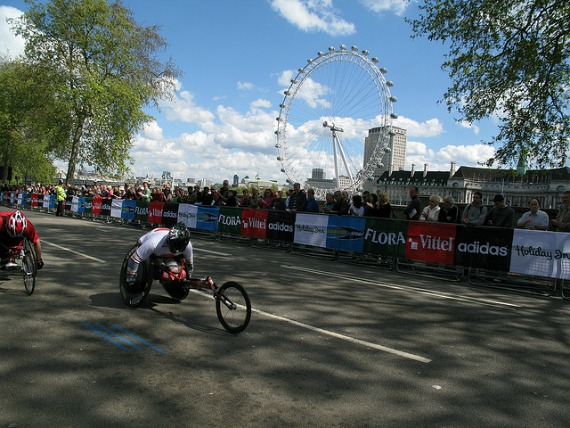 Hoping for great weather for the 2014 London Marathon!

But why would I pay to run the Marathon? Isn’t it the other way around: people run to get paid as in professional athletes? For myself: I love running, the London Marathon is a blast and I want to challenge myself.

Many people think running is simply that: running a definite distance, rather long in the case of a marathon. Well, yes and no. Yes, because a marathon is actually running the distance, and no because it does not begin or end with just running. There are physical conditioning regimens, selective dieting, and procurement of the right gear, like running shoes, then getting comfortable in them. You would not want to end up with blisters all over your feet after the event, would you? Neither do I.

I actually delight in all these preparation steps, plus the anticipation of the race and finally the culmination. I see it as the test for all that I have done, the measure of how excellently I have prepared myself for it. It is the time to see whether I can make it or not to the finish line. And in one piece. I likewise love running with the likes of Mo Farah and the more than 36,000 who ran in 2013.

Join me at the London Marathon? If not this year then perhaps in 2015?  I’d love to run with you then.

Posted on Friday, April 11th, 2014 at 2:23 pm in London Events. You can follow any responses to this entry through the RSS 2.0 feed. You can leave a response, or trackback from your own site.

Get Your Tickets for the Chelsea Flower Show 2014!