Attention all Harry Potter fans: Now open in London is a brand new exhibition centred on all things fast-paced and flying. Marvel at Fred and George’s broomsticks in action, watch broomsticks being hand-made and grasp at craters of snitches, just out of reach. Yep, we’re back at the Harry Potter Studios for more fun.

This time, your London Perfect greeter Sax McGuiness and I took the comfortable, air-conditioned option and travelled to the Warner Bros. Studio on a bus tour to the Harry Potter Studios. Ah, the luxury! This really is the most convenient and easiest way to visit the Harry Potter Studios. After a comfy ride (there’s WiFi on the bus, too!), we then spent a good three hours wandering through the Great Hall, the sets and ventured outside to stand outside Privet Drive and wander down the uneven path of the covered bridge. 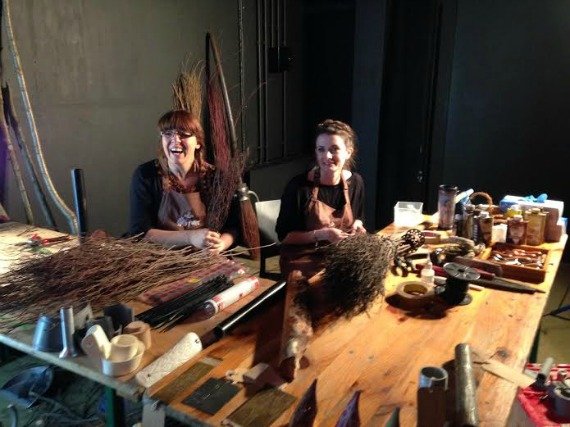 Don’t forget to sample the butter beer, which may not be a treat for your arteries (a fizzy drink with a head of cream … mmm) but is quite tasty on your palate. 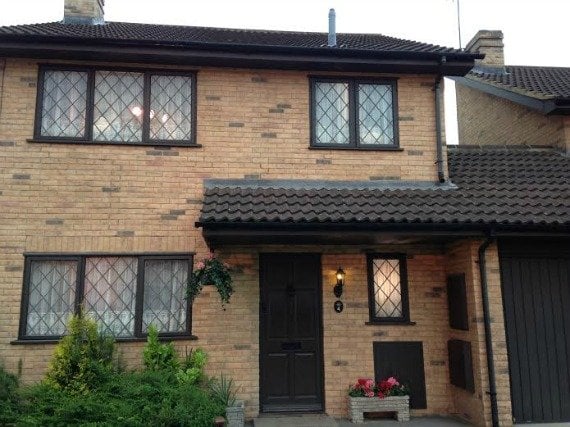 Look out for the members of Gryffindor Quidditch team, waiting for your photo on Diagon Alley, and of course the broomstick shop displaying a Nimbus 2000. It is truly a treat! 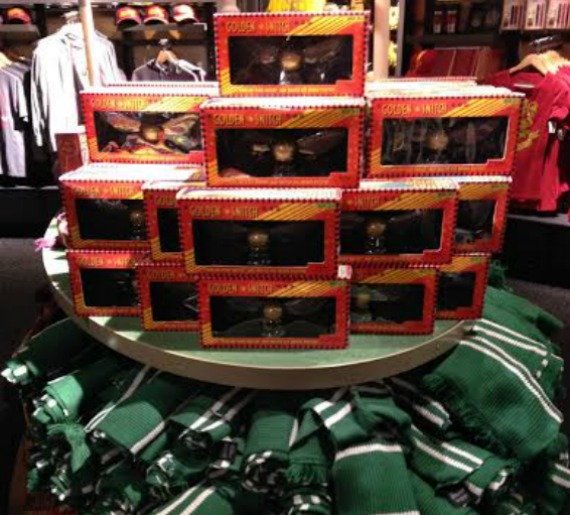 Snitches: catch one if you can!

In the shop that doesn’t accept Galleons, but instead fine Great British Pounds, ask the staff about the wands and don’t be shy about having a go. They are pretty tempting, even if you wonder when exactly you’ll be casting a spell using Miss McGonagall’s wand. Then again, it’s looking a bit dark in here: ‘Lumos’!

(Image Credits: Diagon Alley by Gary Bembridge, All other photos by author)

Posted on Tuesday, August 26th, 2014 at 10:30 am in London Tours. You can follow any responses to this entry through the RSS 2.0 feed. You can leave a response, or trackback from your own site.