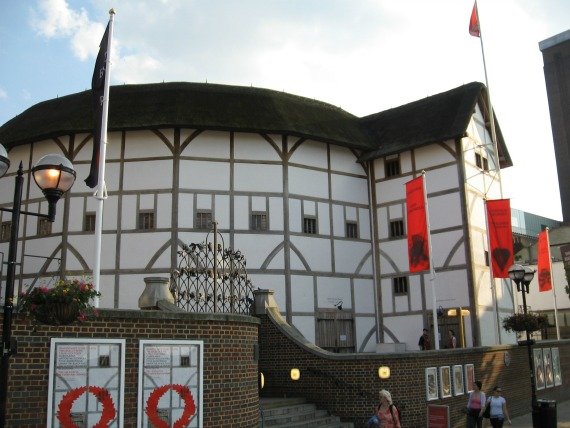 I recently saw Titus Andronicus at Shakespeare’s Globe Theatre, and it only cemented my belief that the Globe is one of the best places to go when visiting London. When I leave the crowded doors of the theatre, I’m consistently overwhelmed by the pull back to reality after witnessing the amazing talent, dedication, and general fun that the actors possess on stage. I have never been to a Globe production and felt that it could have been better, or that I wasted my money. Usually, I feel like I cheated the Globe by paying so little for such outstanding performances. That, along with the rest of these reasons, are why the Globe is a phenomenal place.

Price (and the Groundlings)

The Globe’s ticket prices are lower than most in the city, but the quality is even better. While this is true for most shows, the actors at the Globe really know how to project and articulate. Moreover, they act towards all sides of the theatre, and move around frequently, but not excessively. This means that even if a pillar would be in the way for one moment (which is unlikely unless you have a restricted view ticket), you could see the actors the next.

More than the seated tickets however, I think the best deal is the groundlings– the standing tickets. At only 5 pounds a pop, they provide, what I believe to be, the best spot in the house. The actors will often move through the yard to get to the stage, and speak directly to the audience on the ground. And, strictly from a length-away-from-the-stage perspective, the standing tickets are the closest you can get. If you get to the Globe simply half an hour before the show begins, you will probably be able to make your way to the front of the stage. But be warned: most productions are at least three hours long, so bring lots of water, keep hydrated, and dress well. Someone faints at every show (especially if it’s a gruesome one), so don’t let that be you!

In most theatre, there is a clear barrier between the audience and the actors, and watching the show isn’t very different from watching a movie (except that it is being performed live in front of you). However, at the Globe, the actors not only look their audience in the eye, but interact with them regularly. Whether it’s improv, or simply directing a monologue to various people, they really put you into their story, rather than just letting you watch it. In Titus Andronicus, the people of the groundlings had to regularly move around so that the actors could get through, and sometimes these actors would perform into the faces of the audience. Suddenly, you weren’t in London; you were in Rome. EVERY Show is Funny

Reading Shakespeare is completely different from seeing it performed, and these actors seem to find humor in the darkest of places. Even in the tragedies, the actors will make the audience laugh throughout almost every scene, and bring the entire show alive. They can go from heartbreaking to hysterical with a gesture, and learn to read how the audience will react. Titus Andronicus is arguably one of Shakespeare’s darkest plays, but the professionals know how to animate some of that darkness into humor.

If you’ve been turned off of Shakespeare after reading it in school, it’s because it was probably taught wrong. Shakespeare’s plays were not meant to be read; they were meant to be performed. And boy, do these actors know how to perform it. Even if you’re rusty on your middle-English, through their body language, facial expressions, and emphasis, the actors can convey the story to you without you knowing any background. However, if you have particular trouble understanding Shakespeare, I would recommend looking up a summary of the first few scenes to the play you’re going to see.

At the end of every one of the Globe’s performances, they don’t bow. They jig. Even when everyone has died (or in the comedy’s case, when everyone has gotten married), they all leap back to life and begin dancing. They change from Tragic Heroes to actors, and the audience claps in time to their dancing. It’s a real refresher after a harrowing production, and just a lot of fun. Nobody does this like the Globe.

I had the pleasure of attending a talk-back after Titus Andronicus, and Samuel Edward-Cookas and Brian Martin (who played Demetrius and Chiron, respectively) talked a little bit about their first experience at the Globe. They said that each audience has a different personality, and explained different instances of the show being completely different. One time, an audience member at the back shouted, “Speak up!” and the actor performing his monologue turned straight to him and delivered the rest of his monologue to THAT SPOT. When cell phones go off, they may question where this “bird” is coming from. When they ask a rhetorical question to the audience and someone accidentally coughs, they direct their improvised dialogue to that audience member. The audience is a large part of the production, and the actors play off of this immensely. You could go see the same production twice, and you would get completely different experiences out of it.

The ONLY downside to the globe is that it’s not running all year round. This is pretty obvious, as it’s an open air theatre and the weather in London is noticeably fickle. But if you’re in London from May until October, make sure that you get a ticket to one of The Globe’s productions.

However! If you’re in town between October and April, there are fabulous tours and exhibitions available. Even if you don’t have a chance to see a production, seeing the beautiful building and all it has to offer is a wonderful activity. Find more about and book your tickets to the Globe Exhibition & Tour.

Posted on Monday, July 14th, 2014 at 11:30 am in London Theater. You can follow any responses to this entry through the RSS 2.0 feed. You can leave a response, or trackback from your own site.