Visitors to London will see the Tower Bridge everywhere - on postcards, photographs, and artwork - and for good reason. This iconic Victorian structure has been a symbol of the city since it was first erected more than a century ago, and it continues to impress visitors with its stately aesthetic, and its brilliant views that extend across the Thames. 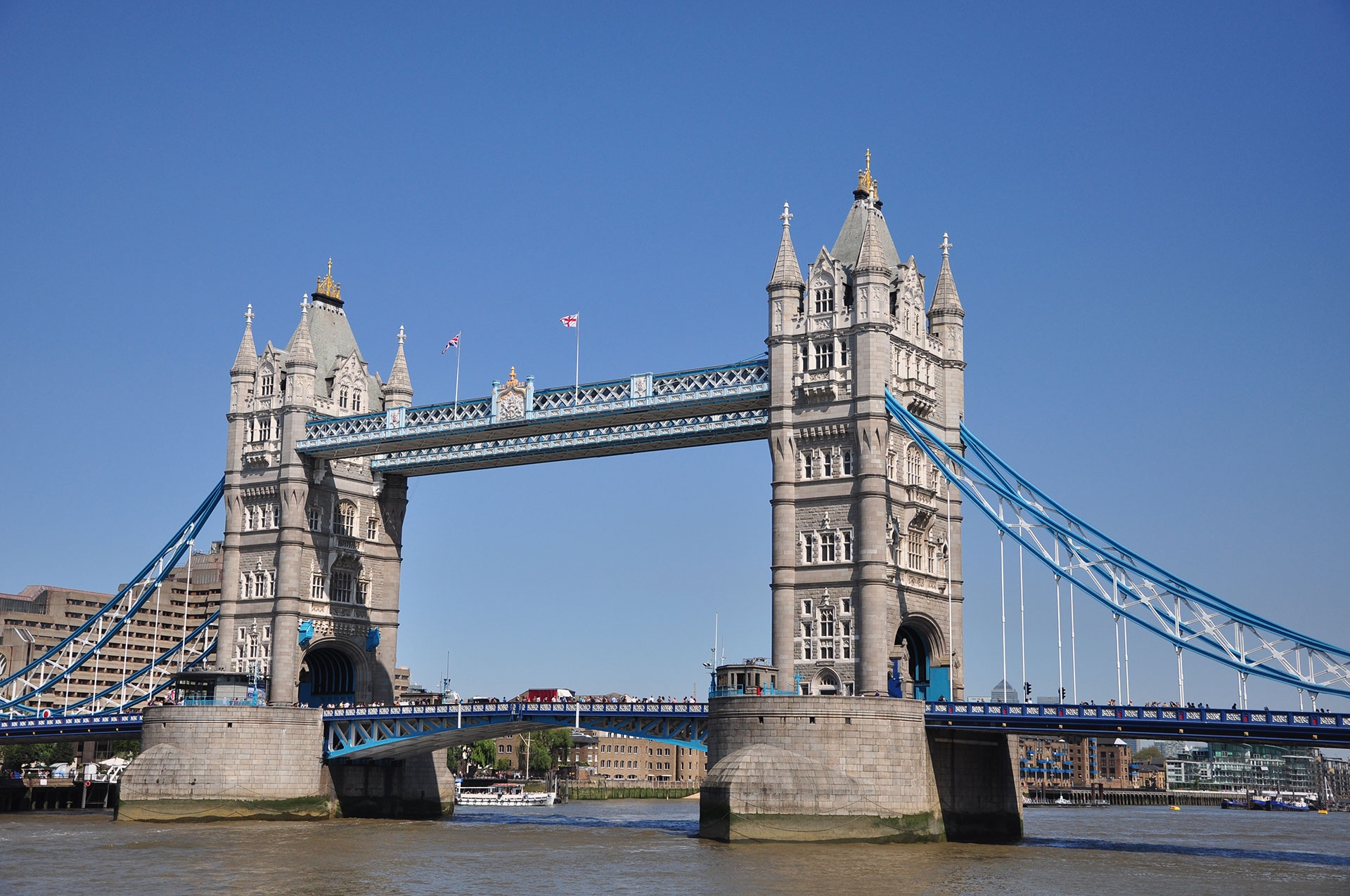 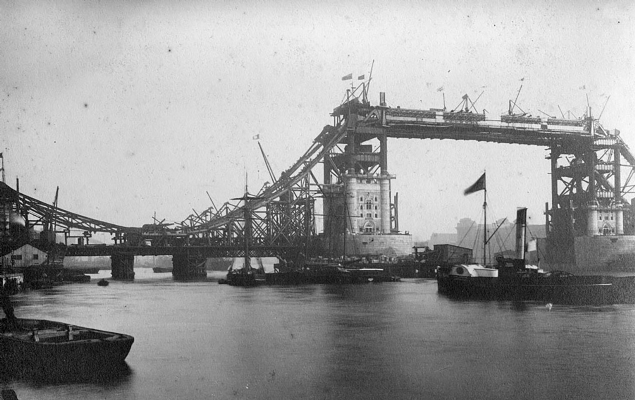 Often mistaken for London Bridge, (which is located just down the river), the Tower Bridge was built in response to a heavy period of commercial development in the latter 19th century. During this time fame, a “Special Bridge or Subway Committee” was formed in 1876 to effectively plan and develop an additional river crossing.

Roughly 50 designs were submitted, and after eight years of consideration, a winning design was selected by Sir Horace Jones, who was London’s City Architect. His elaborate bridge which featured two identical towers took another eight years to complete, and was eventually and ceremoniously opened by the Prince (the future King Edward VII) and the Princess of Wales on June 30, 1894.

Originally subjected to manual operation, in the year 2000, a more modern system was installed so that the bascules that are adjusted to allow vessels to pass could be lowered or raised remotely.

Today, the bridge is still a working and functional bridge, with roughly 40,000 people crossing the structure daily. The site is a favorite landmark on Thames water cruises, and is also a popular stop along a London walking tour.

The Tower Bridge extends 801’ feet (or 244 meters) across the Thames, and the two Victorian towers that flank either end are 213’ feet (65 meters) tall. The bridge features walkways that are about 150’ feet (45 meters) above the Thames, and which can be explored by visitors who are daring enough to make the trek.

In addition, the bridge features somewhat recently installed glass floor panels that allow visitors to see the city of London under their feet, as well as longstanding attractions such as the original Victorian engines that power the bascules. A series of exhibits chronicling the bridge’s significance is also located on the premises, which outline the 19th century environment where the bridge was born. 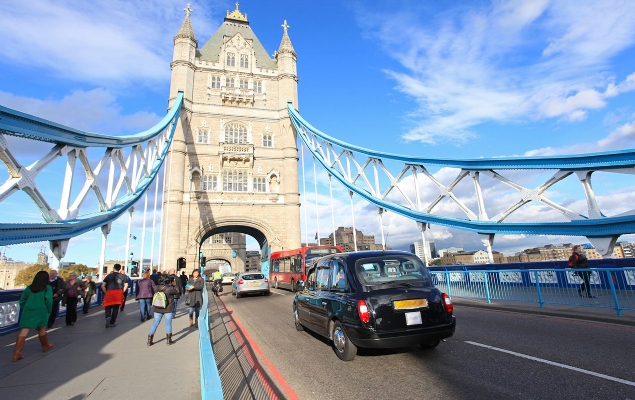 The Tower Bridge is open from April through September, 10 a.m. until 5:30 p.m., and from October through March from 9:30 a.m. until 5 p.m. Tickets to reach the towering walkways are available on-site, or online in advance of a visit. Fast Track entry to the Tower Bridge Exhibition is also available for an extra fee. 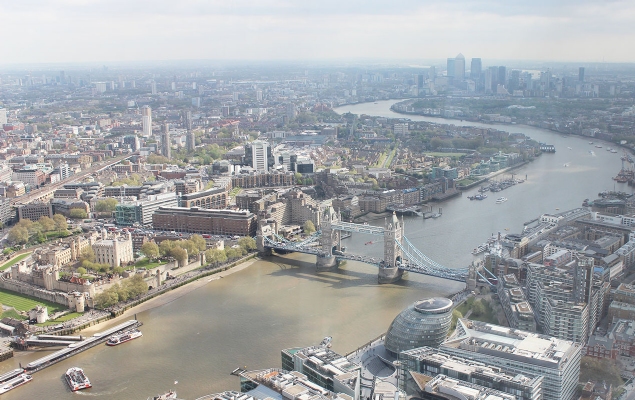 The Tower Bridge is just a few yards away from one of London’s most famed attractions, the Tower of London. In addition, the site is close to the Tower Pier, where a number of river cruises launch throughout the year, as well as the London Bridge, which is found just east of the Tower Bridge.

The Tower Bridge is located in the heart of the City of London, and straddles the Thames at one of its busiest points. As a result of this locale, the bridge is nicely close to a number of famed attractions and popular destinations in the Southwark Borough.

The closest station to Tower Bridge is the Tower Hill tube station, which is located on both the Circle (yellow) and District (green) lines. Northern or black line visitors can also reach the site via the London Bridge station.

The Tower Bridge is a famed landmark that feels like it’s been a part of the London landscape for centuries. With thrilling glass floors and a bird’s eye perspective of the Thames, as well as fascinating exhibits on a unique chapter of British history, the Tower Bridge is a must for any visitor who appreciates culture, history, and a brilliant view.