We’re counting down the hours until New Year’s Eve in London, which is a fabulous spot to ring in the arrival of a new year. London puts on one of the most spectacular New Year’s Eve firework shows around the world. With stupendous fireworks, lights, music and, of course, the amazing setting of Big Ben, the Thames and London Eye, this is an event you simply must see at least once in your life!

And this year there’s something new … you can taste the New Year’s celebrations in London. Yes, that’s right, we said “taste!” As part of the fireworks display there will be clouds of apple, cherry and strawberry mist, 40,000 grams of edible banana confetti, thousands of Seville orange scented bubbles as well as peach snow that will be released into the air. If you’ll be in the main viewing area along the Thames, look for the special scratch ‘n’ sniff programmes along with LED wristbands and seven kinds of fruit-flavoured sweets that will be connected to the tastes and smells of the fireworks display to create the first ever multi-sensory fireworks display experience. How is that for a sweet way to ring in the new year?!

If you’re in London, join in the fun along the Thames or in lively Trafalgar Square. The official view spots fill up early, so head down well before Big Ben strikes midnight to get a good spot along the north and south banks of the Thames between Waterloo and Lambeth bridges and along the Embankment as far as Blackfriars Bridge for a partial view. After the show the London buses, the Tube, DLR, tram and some National Rail services in Greater London will run all night and will be mostly free from 11:45PM until 4:30AM.

Have a fun and exciting New Year’s Eve wherever you may be celebrating … and Happy New Year’s from all of us at London Perfect! Posted on Tuesday, December 31st, 2013 at 2:33 pm in London Events. You can follow any responses to this entry through the RSS 2.0 feed. You can leave a response, or trackback from your own site. 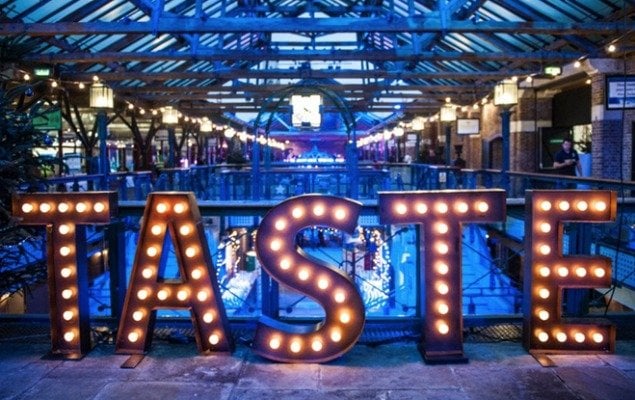 Taste of London 2015: The Festive Edition