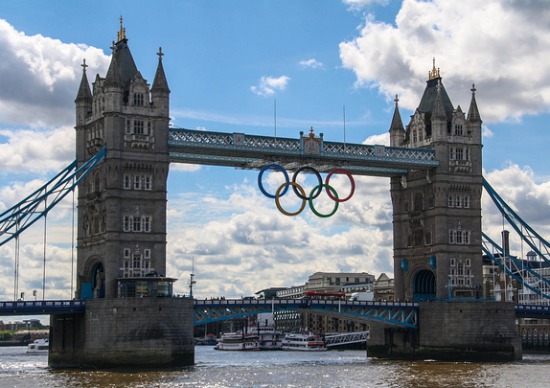 The Olympic atmosphere is a wonderful experience in London!

It’s been an exciting year in London with all of the memorable Diamond Jubilee celebrations and the atmosphere building up to the opening of the London 2012 Olympics. All of the Olympic Clocks have been counting down to this very day when eyes from around the world will be watching the Opening Ceremony and kick off of the 2012 Olympic Games! Today, the 27th of July 2012, got off to a ringing start with the All the Bells celebration at 8:12am. Bells across London and the UK were rung as part of London-based artist Martin Creed’s Work No. 1197 All the bells in a country rung as quickly and as loudly as possible for three minutes. Even Big Ben chimed in, ringing more than 40 times to celebrate the start of the Olympic Games. This marks the first time the famous bells at Big Ben have chimed outside of their regular schedule since 15 February 1952 when it tolled to mark the funeral of King George VI. This historic occasion is just one of many that demonstrate how proud London is to be hosting the 2012 Olympics!

If you’re visiting London during the Olympic Games, from  27th July – 12th August, or the Paralympic Games, which run from 29th August – 9th September, you’re in for a once in a lifetime experience. The atmosphere is simply electric in London, and there’s so much to see and do. You can keep track of all the events and find out what’s on with the London 2012 Olympic apps, which are free to download and easy to navigate on your mobile.

If you weren’t able to get tickets to the games, don’t worry! You’ll still be able to enjoy the excitement of the Olympics throughout London, with fun events sponsored by BT London Live. Just take a look!

From 28 July – 11 August, BT London Live in Hyde Park will be one of the hottest spots for watching the Olympic games in London. Watch live coverage of every Olympic medal event on the huge screens (including the largest in the UK – measuring 144m²!), participate in fun events, meet athletes and enjoy live music and a festive setting. Check out the schedule for Hyde Park events and stop by to join in the Olympic fun!  Tickets are also available for the spectacular opening and closing ceremony concerts, which feature names such as Duran Duran, Blur, Snow Patrol and more.

Victoria Park, located in the east end of London near the Olympic Park, will be transformed into a Olympics celebration area where highlights from the Olympic Games will be shown on three giant screens sponsored by BT London Live. Have fun with the whole family at the Have-A-Go Sports Zone and enjoy live performances throughout the day. Take a ride on the 40m high observation wheel to take in amazing views of Olympic Park and London!

The popular Trafalgar Square is the hub for the BT London Live Paralympic Games coverage from 29 August – 9 September. Stop by to watch coverage of the Games on a giant screen between 11am and 11:30pm daily, as well as live music and fun interactive events.

Located near the iconic Tower Bridge and across the Thames from the Tower of London, Picture: Potters Field will host a big screen showing events from the Olympic and Paralympic Games from 28 July – 12 August. The festive setting right in the heart of London is a great spot to enjoy watching the sporting events with an unforgettable backdrop! 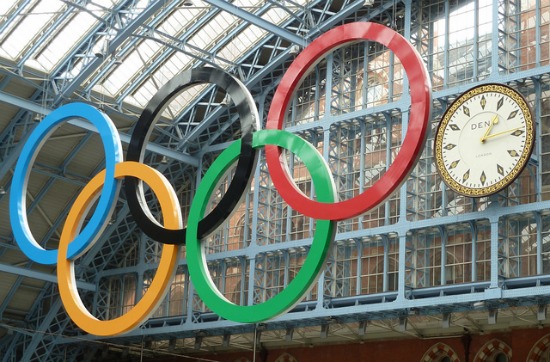 Whether you’re enjoying the excitement of watching the games firsthand or joining in the festivities to watch on the big screens around London, we hope you’ll have a wonderful time during the London 2012 Olympic Games!

Posted on Friday, July 27th, 2012 at 11:47 am in London Events. You can follow any responses to this entry through the RSS 2.0 feed. You can leave a response, or trackback from your own site.

Let the Games Begin! The Olympics are Here!