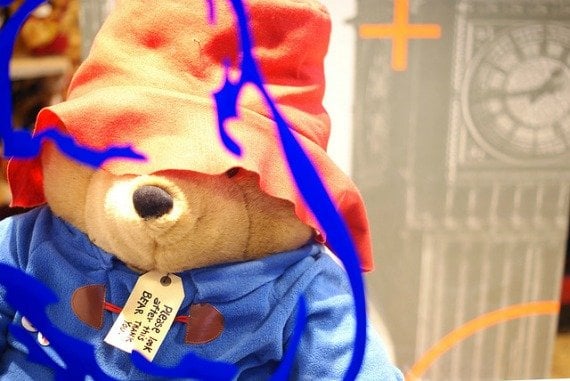 “Please look after this bear”: five little words that started the story of Paddington Bear, who has since become a national treasure and an international phenomenon with over 35 million copies of this little bear’s travails sold worldwide. You can now see Paddington Bear and his marmalade sandwiches on the big screen, and if you are in London you can take can also take part in the Paddington Bear Trail taking place through the end of December.

The trail is comprised of 50 decorated Paddingtons at locations all across London. Pick up a map or simply head out into London and you will be sure to stumble across one of these little bears. For an easy spot, you can see Paddington every day of the year at his namesake, Paddington Station in West London. 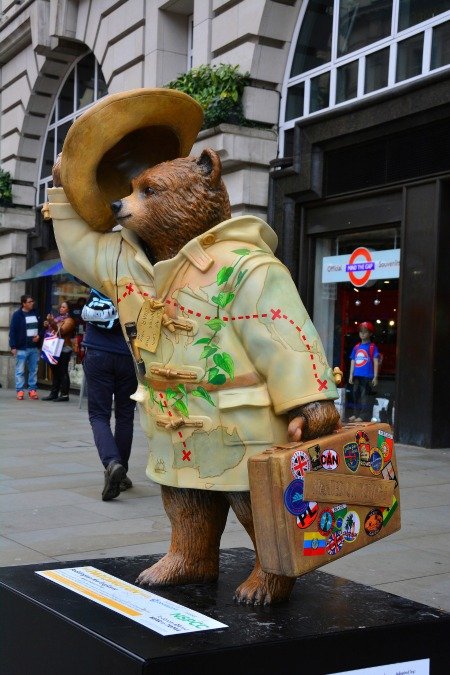 Explore London in search of all the Paddington Bears!

All bears from the trail are decorated by artists and celebrities, such as Emma Watson, David Beckham, Kate Moss and of course the author behind the bear Michael Bond. The Paddingtons will eventually go on sale to raise money for the children’s charity the NSPCC. 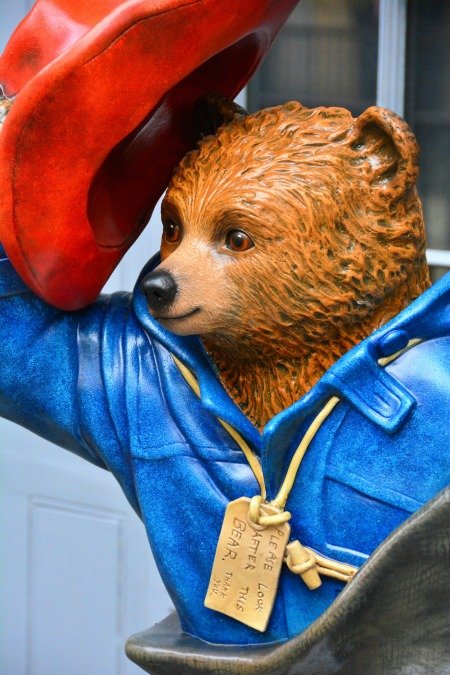 Paddington Bear is waiting for you!

The film is now on general release in the UK and looks set to be a big hit for Paddington fans of all ages! After a day out hunting the trail for Paddington Bear, catch him on the big screen during your stay in London.

Megan Donnelly is a writer and former Londoner, currently residing at London-by-Sea, or Brighton as it’s otherwise known. You can read more about her travels at: www.postcardstomysister.wordpress.com.

Posted on Saturday, December 13th, 2014 at 9:18 pm in London Events. You can follow any responses to this entry through the RSS 2.0 feed. You can leave a response, or trackback from your own site.