We Chat With Alice Fearn From Wicked 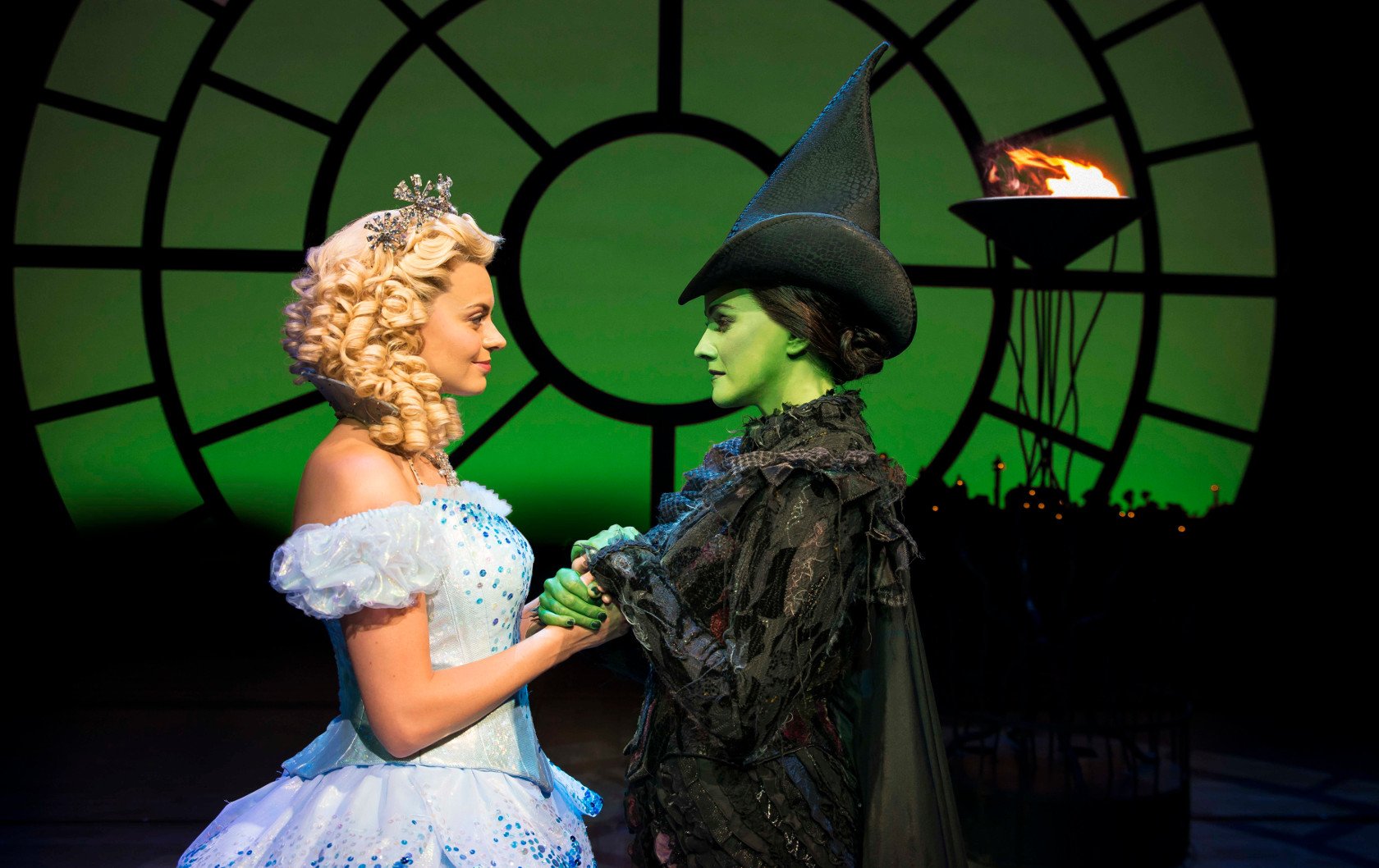 Best friends, Glinda and Elphaba, on stage at the Apollo (played by Sophie Evans and Alice Fearn). Credit: Matt Crockett/Wicked

Wicked’s success is clear: this year sees the 12th anniversary of the show at the West End.  More than 7.5 million people have seen it in London alone, never mind in other locations around the globe. It has certainly come a long way since its 2003 opening in New York – and its mixed reviews. This hit musical continues to delight audiences worldwide with its heartfelt story and score written by American composer Stephen Schwartz.

In the prequel to Wizard of Oz, Elphaba (the Wicked Witch of the West) is the central character in the show. Wicked’s core theme is one about the power of true friendship and the transformation it brings. Glinda (the Good Witch) seems an unlikely buddy for Elphaba but the pair meet and become firm friends.

What is Wicked all about?

Wicked is the story of two young girls from as opposite backgrounds as two people can get, forming
an unlikely friendship that shapes their lives forever. The show follows the early years of these girls and
shows how and why they become Glinda the Good and the Wicked Witch of the West.

How long has it been running?

In London, Wicked is now in its 12th year at the Apollo Victoria Theatre. The show is on in London, and on Broadway. There is a UK tour this year too including stops at Bristol, Liverpool, and Leeds. Wicked has already been seen by over 53 million people around the world.

At London Perfect, we are happy to book your tickets the latest West End shows. Book your tickets in advance, taking the pain out of your holiday planning. Visit the London Perfect Theater Tickets website to find out what’s on during your big trip. Let us make reservations at the hottest restaurants and get your tickets for the most popular tours.

How did you discover Wicked? 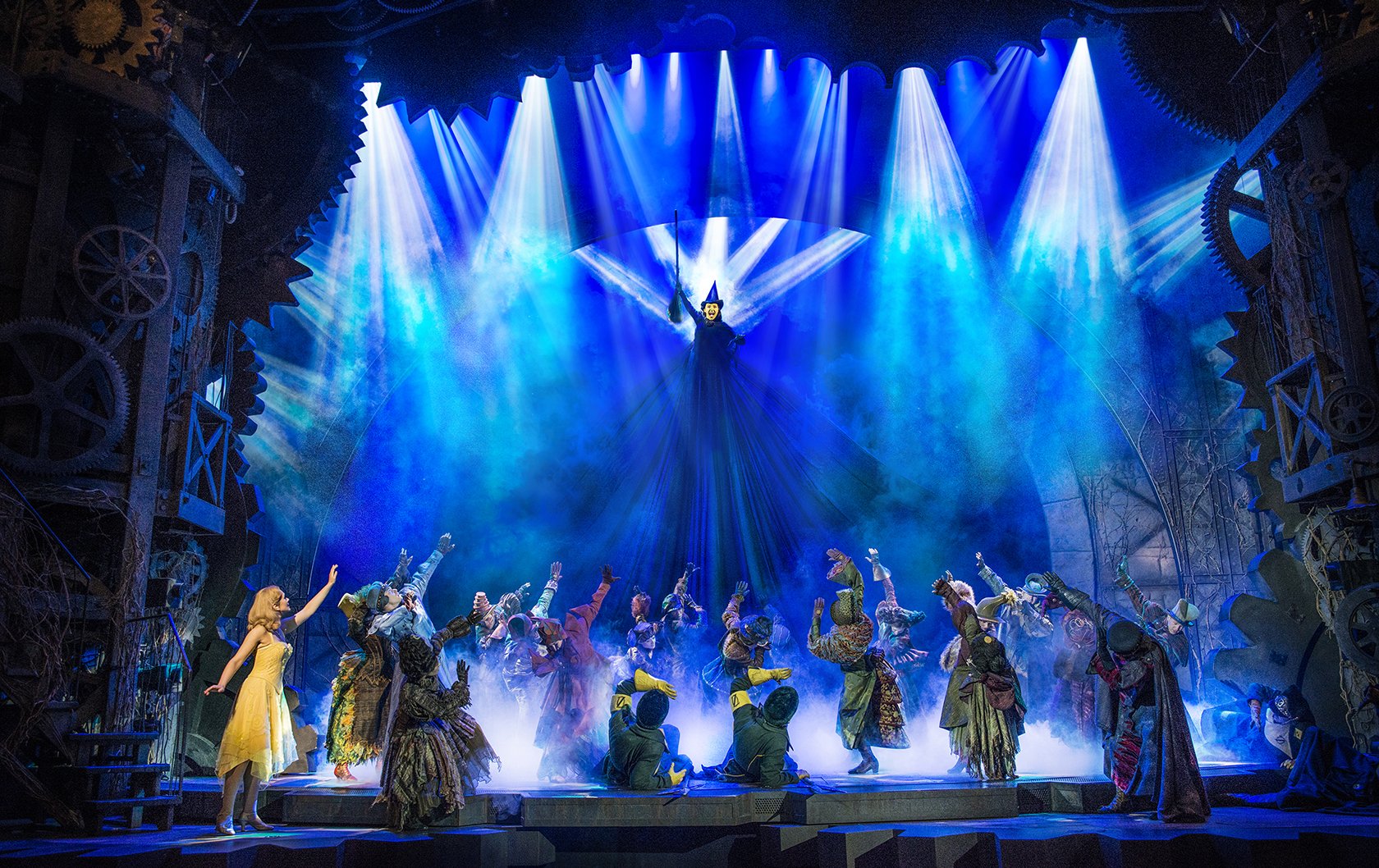 I remember when the soundtrack came out and it was all anyone could talk about! The musical that
everyone must see. Once you listen to it you can see why, but for me, it is when you see the
production that you really understand why this story speaks to so many people. It is heartfelt yet
dramatic in all the right ways.

What first interested you in the part of Elphaba?

A favorite song is “For Good”. Why is the song so special?

Throughout the show, the audience sees so much happen to these two characters, spanning years of
their lives. How they’ve grown, what they’ve taught each other, and in the song you see them
forgiving each other. The song perfectly displays what they have meant to each other, the impact
they will have on their future and the simple beauty of friendship. It’s a beautifully written moment.

Are there any other memorable songs for your character? 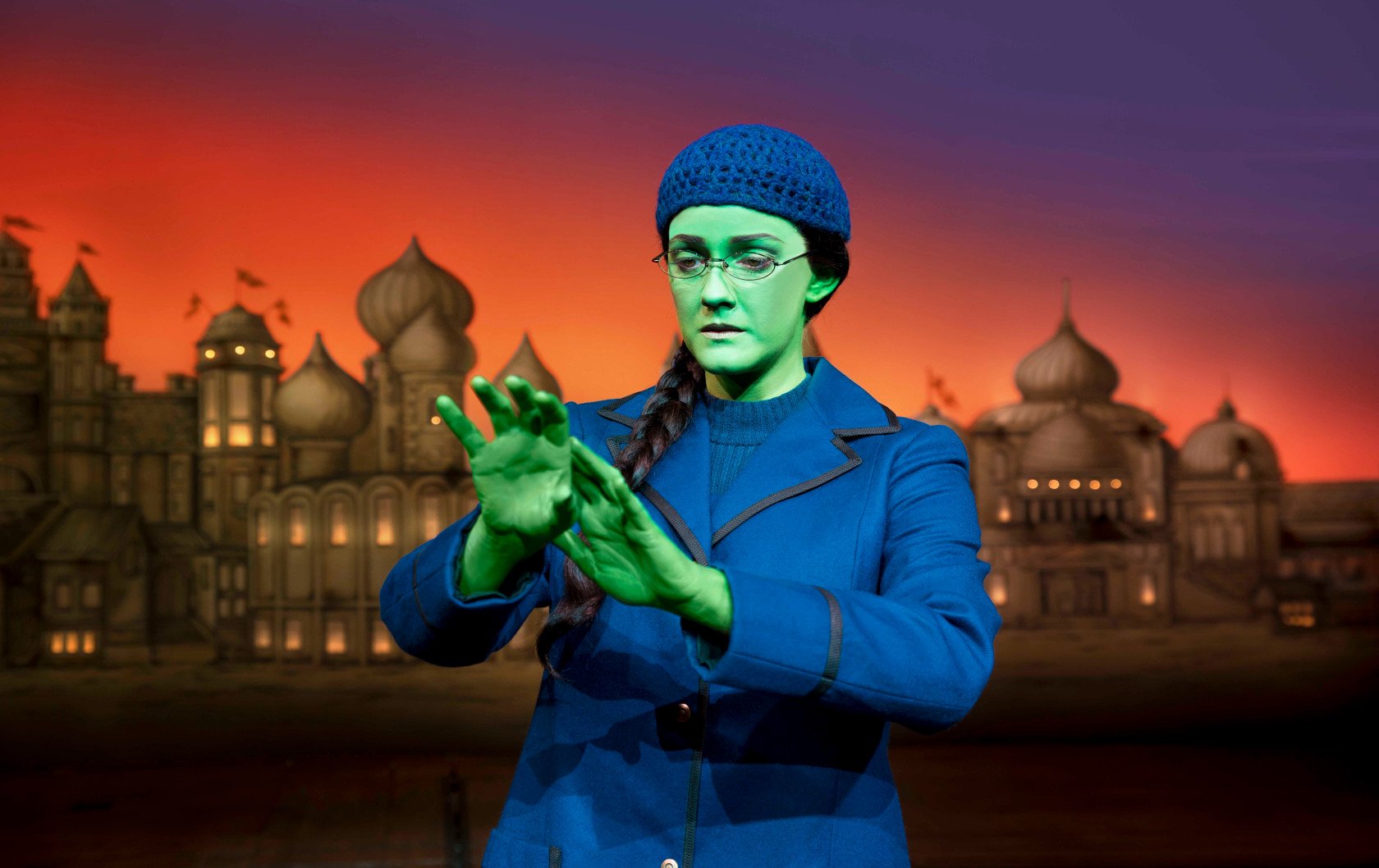 That would have to be “No Good Deed”. It is incredibly satisfying to get to such a powerful,
emotionally heightened and exhausting place. It is the moment you see Elphaba become The
Wicked Witch of the West we all know from the story, and it’s wonderful to play her becoming that
after everything she has gone through up until that point.

Is female friendship the true core of the storyline?

Yes, completely. The characters we know from The Wizard of Oz are given new depth here because of
this friendship. We understand so much of who they are and over the course of the production, we
see how their friendship has survived, and what they have learned from each other.

What challenges do you face with the role of Elphaba?

It is both a physically and vocally demanding role – to say the least. Aside from that, you are given so
much to play with and experience as an actor throughout the show. With such a demanding role (on so many levels) it’s one of the biggest leading roles anyone will ever get to play.

How do you find the London audiences? 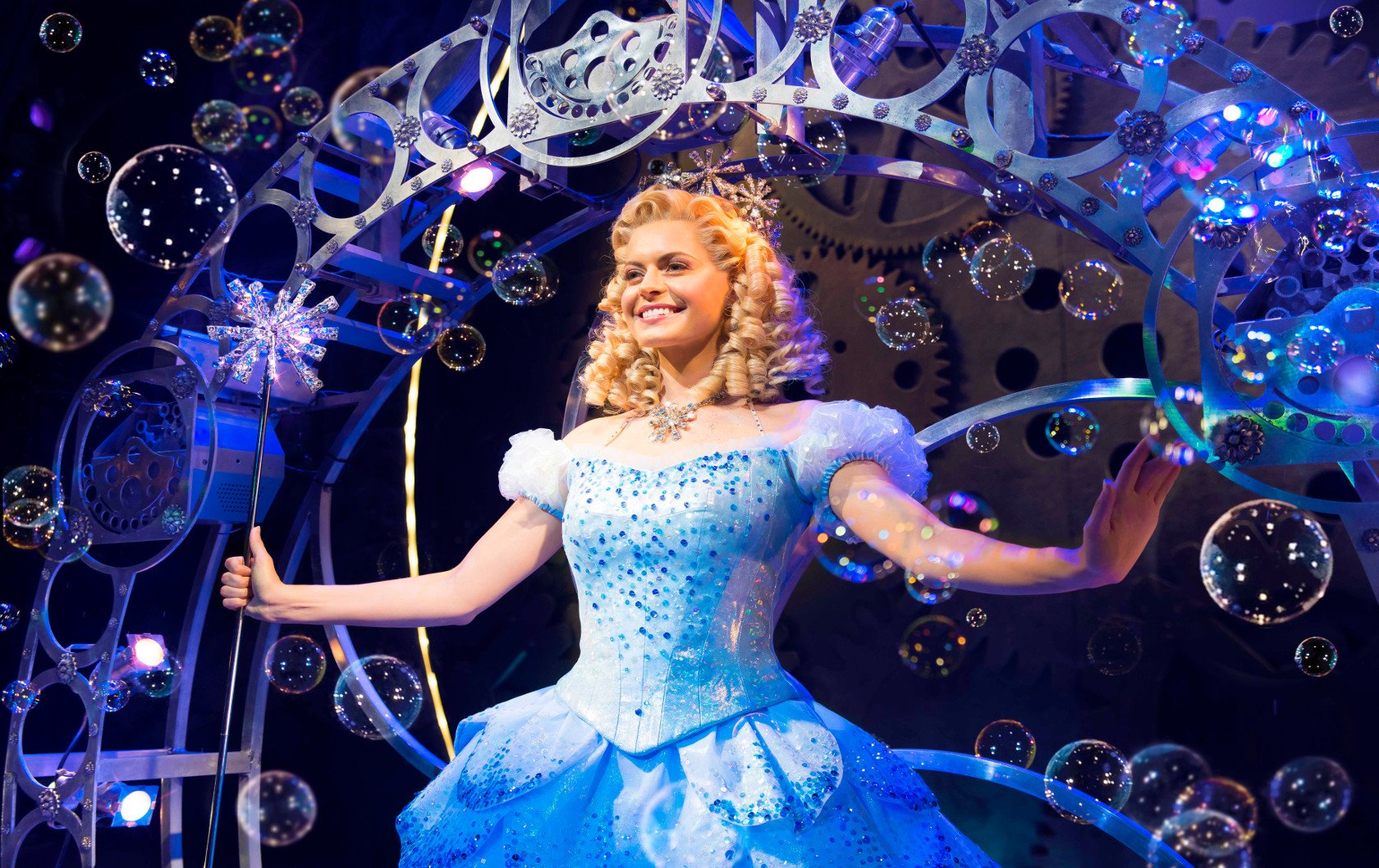 Fantastic! The show is such a spectacle and audiences come to see that and I think are often shocked (especially first timers) at how moving it can be as a piece of musical theatre. I have had family and friends of all ages come to see this show – I think everyone can be interested and moved by this story.

Why is Wicked so popular?

I think people can relate to the story. It’s wonderful to get a new insight into characters that we think we know. Your concept of Glinda the Good and Elphaba the Wicked Witch of the West is completely turned on its head and that’s why it will always be popular.

I LOVE to eat out, to try new restaurants and cocktail bars. Also, I’m a sucker for finding open spaces in London, so a rooftop terrace or beer garden – in the summer – is where I’ll be. 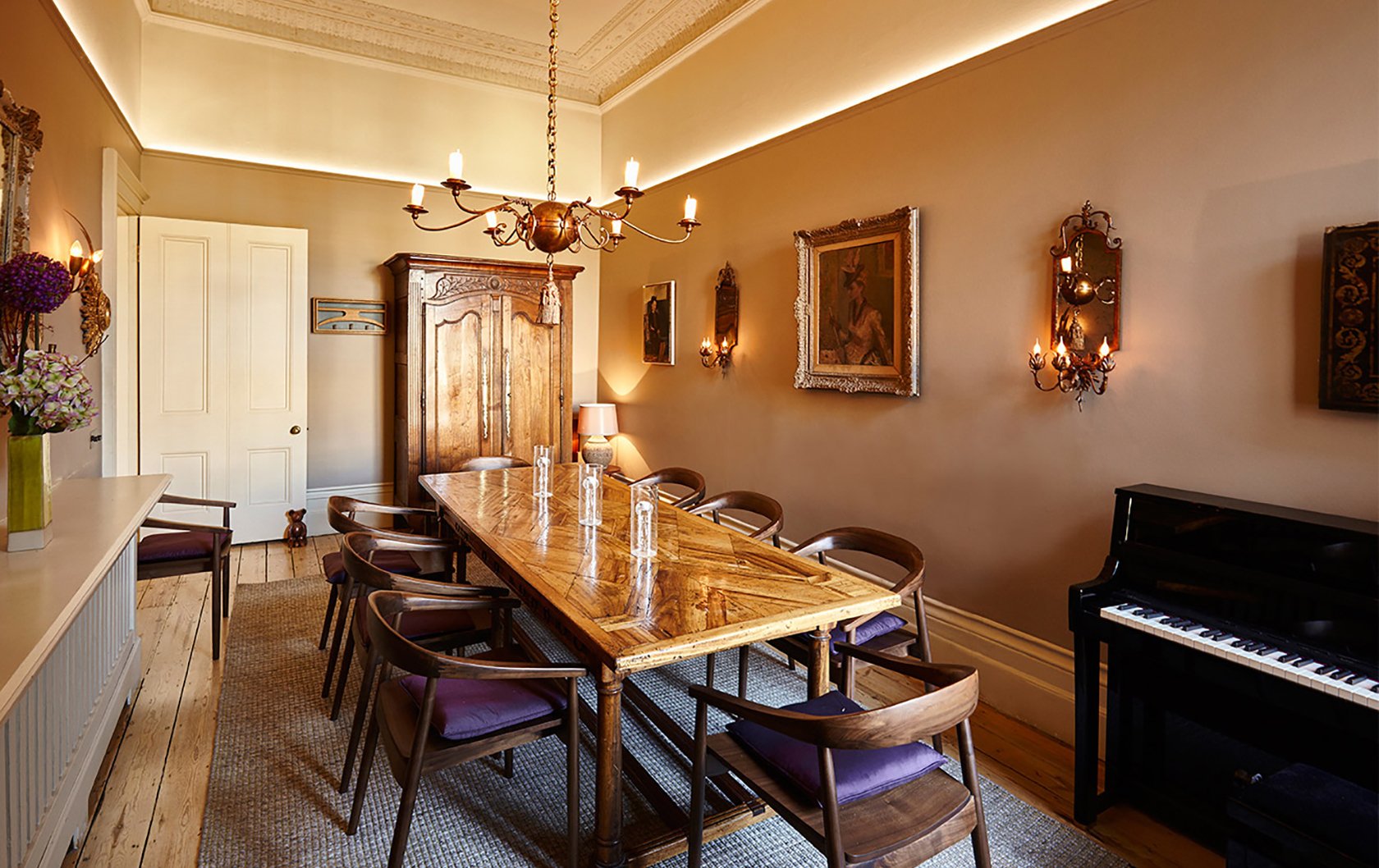 Elegant dining at The Gloucester.

Book a stay at The Gloucester, which sleeps up to six people and offers all the luxuries. Located in Cornwall Gardens in Kensington, the rental is just three blocks from the tube station – just hop on a train to the West End.

Contact us today for assistance when planning your London vacation. Love the theater? Read more about the West End on our blog, we’ve covered Mamma Mia! and all-time hit, The Lion King.

Posted on Tuesday, February 27th, 2018 at 6:15 am in London Theater. You can follow any responses to this entry through the RSS 2.0 feed. You can leave a response, or trackback from your own site.