Running perpendicular to Oxford Street, the fabulous Regent Street boasts over one mile of store frontage and is aptly nicknamed the 'Mile of Style'. 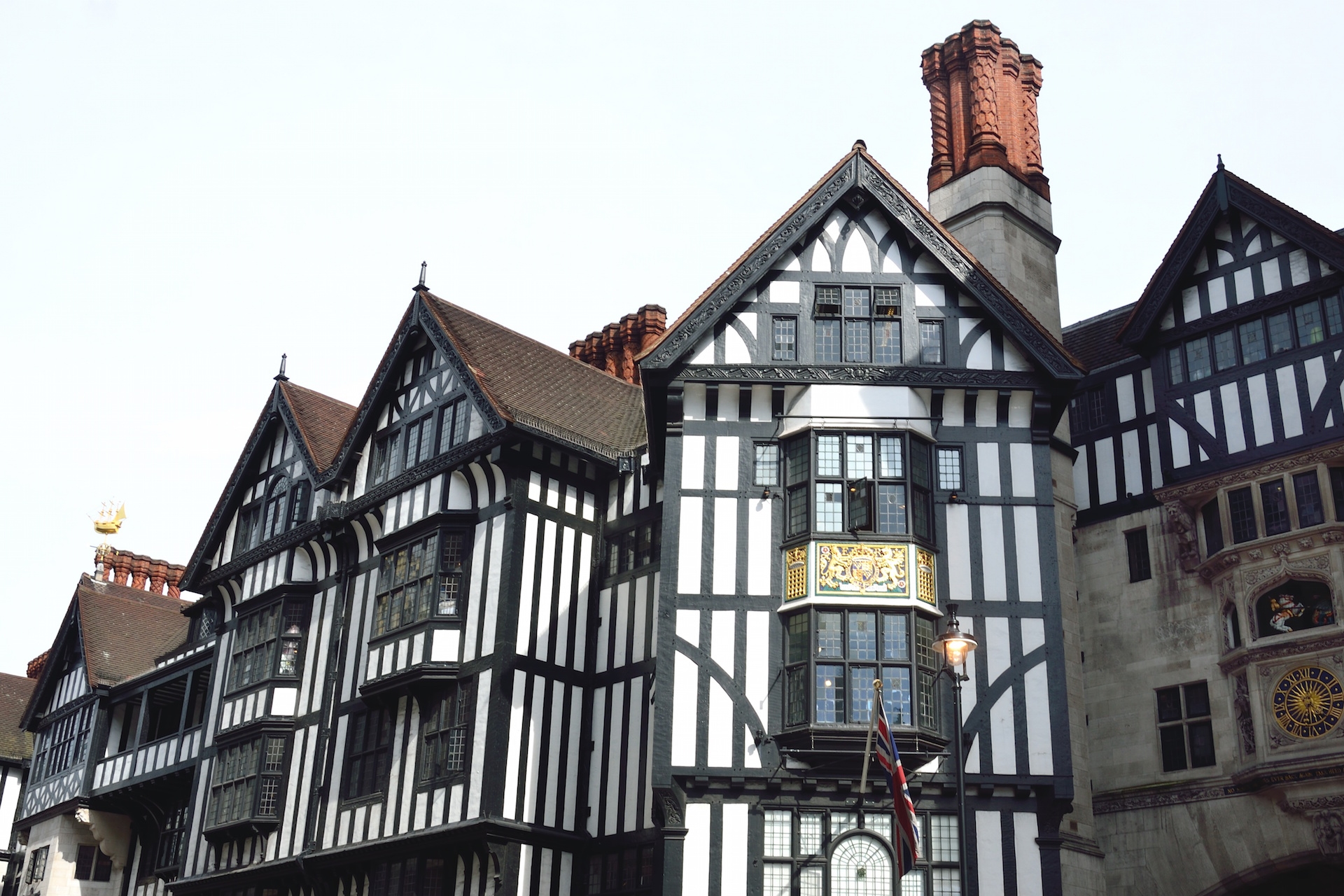 Regent Street straddles the border between elegant Mayfair and trendy Soho. A stroll down the fashionable thoroughfare will reveal familiar names in luxury fashion, such as Coach, Armani, Michael Kors and Karl Lagerfeld. UK labels are also well represented by Ted Baker, Superdry, All Saints and Burberry, among others. If you are shopping for children you won’t want to miss Hamleys, the oldest toyshop in the world, which is located right at the centre of the street. Liberty London is another historic department store that is not to be missed. Housed within a beautiful and distinctive Tudor Revival building, Liberty is famous for its unique gifts, fabrics and homewares. 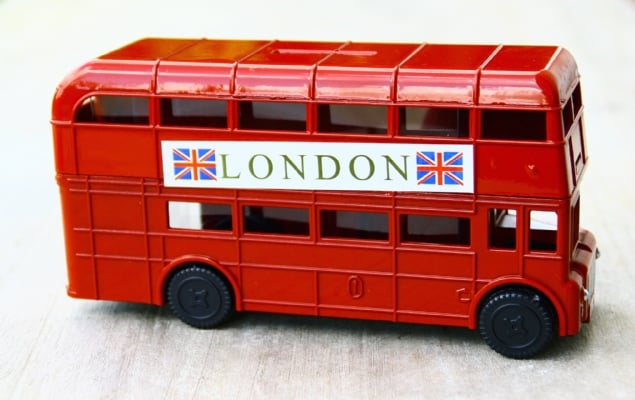 Hamleys
The ultimate destination for kids and kids and heart, Hamleys has been a proud Regent Street resident since the 1880s. This is not just any toyshop. It is the oldest in the world and also one of the best. Alongside the latest and greatest action figures, games and arts and crafts supplies is a wonderful selection of high quality traditional toys that have stood the test of time. Choose from classic Paddington Bear dolls to Hamleys’ own chess set, handcrafted from solid wood.

Liberty London
It is hard to miss this distinctive half-timbered building peeking out from Regent Street. Specialising in luxury home ware, fashion and gifts, Liberty London has been in business since the 1870s and is one of the UK capital’s most iconic department stores. Unlike counterparts Selfridges and Harrods, Liberty London offers a more boutique experience. The store produces a range of fabrics and home ware that are sold under the Liberty London label and make excellent gifts or souvenirs.

The East India Company
Founded in 1600, The East India Company played a major role in expanding the British Empire and is credited for introducing tea to England. Today the company survives as purveyors of fine foods with several shops across London, including one right off Regent Street. Situated across the street from Hamleys, this is the perfect place to pick up loose-leaf teas, gourmet biscuits, preserves and luxury gift hampers. 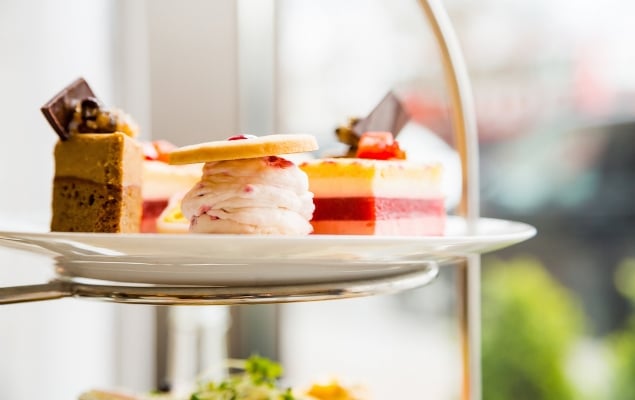 Top up your tank at Liberty London’s lovely little 2nd floor tearoom. Worlds away from the madness of Oxford Street, have your pick from no fewer than 12 types of loose leaf tea and pair your cuppa with a thick slice of sumptuous Victoria sponge. The cafe also serves a delectable afternoon tea selection, soups, cakes and other goodies. Takeaway service is available if you’re on the go. For a proper meal, grab a healthy vegetarian lunch at Tibits on lovely Heddon Street or indulge in fabulous French cuisine at Brasserie Zedel, near Piccadilly Circus. 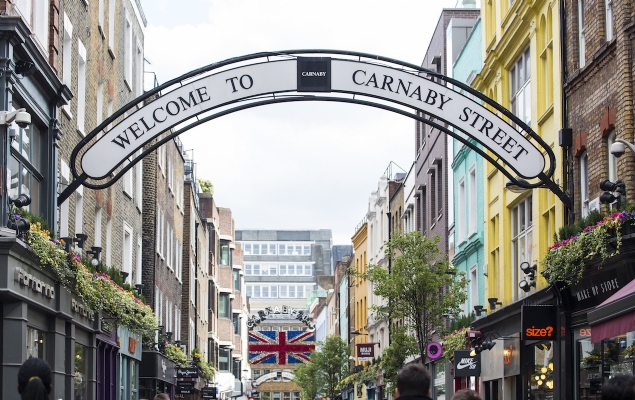 Regent Street is arguably the epicentre of shopping in London. To your west are the fabulous luxury shops and bespoke fashion houses of Mayfair. To the east is Soho, home to colourful Carnaby Street and the revitalised boutiques Berwick Street. Above you, Oxford Street awaits with its enviable selection of international brands, upmarket labels and historic department stores.

Things To Do in the Area

London Parks
If you fancy getting some fresh air after a busy day of shopping, you're in luck. Regent Street is one underground stop away from Regent’s Park, Green Park and Hyde Park. Embankment is also just two stops away.

West End Show
Pair a great day of shopping with a night out on the town. Regent Street is within walking distance of several notable West End theatres and fabulous restaurants. After a day or afternoon of retail therapy, dine on the pre-theatre menu at MASH Steakhouse or Hawksmoor Air Street before catching The Book of Mormon, Wicked, Les Miserables, or any one of a number of other entertaining shows. 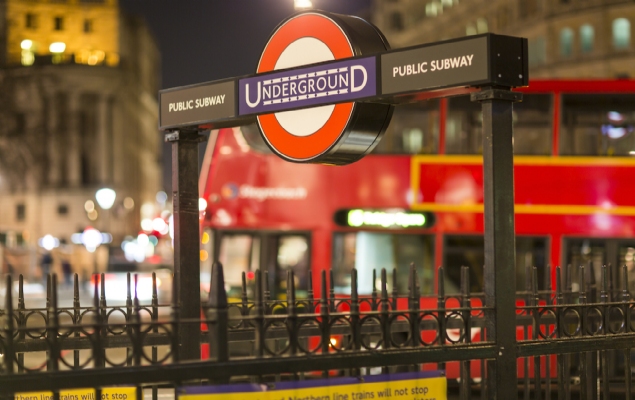