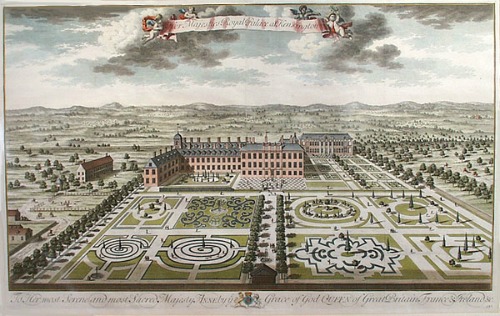 Kensington Palace in 1724. And it’s as beautiful today as it was then.

Recently the Duke and Duchess of Cambridge registered the birth of their son and third in line to the throne, Prince George. Part of the process is not only to note down information such as date of birth, parents’ names and occupations – Prince and Princess of the United Kingdom! – but also the London address of the family: Kensington Palace.

The East Front of one of the most beautiful palaces in the kingdom. Not a bad pad for London…

For young George will have one of the most beautiful palaces in the kingdom in which to cuddle his mother, learn to toddle and (oh, the poor cleaners) probably make quite a bit of mess whilst having fun with solid food. With the latter point in mind I do wonder how much contact with real infants the individual behind Hello! Magazine’s recent imaginative interpretation of the Prince’s nursery – a statement in fiendishly impractical WHITE – actually has…

Regardless of the nursery’s final decorative scheme, it’s another layer of history in a building that’s over 400 years old. The original bits date from 1605 when the house was a country estate in the quiet rural village of Kensington, an idyllic bolt hole to which the great and the good of London proper would flee when the smogginess and the muck of city life became too much. The palace’s first name was Nottingham House, and then in 1689 it took the fancy of King William III (1689-1702) and Queen Mary II (1689-94). And being King and Queen if they fancied something they would usually get it. 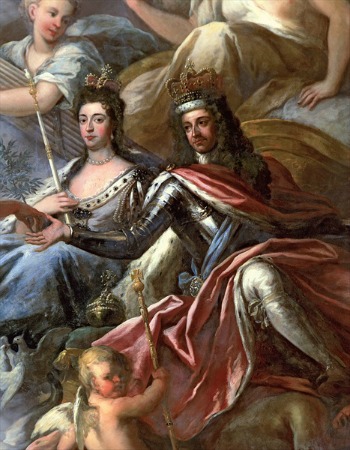 But as is often the case when one moves into a new pad–anything from rural retreat to beach house shack–one wants to make ones mark. And oh my, William and Mary certainly did that by making sure they had Christopher Wren (1632-1723)–he of St Paul’s cathedral fame–and Nicholas Hawksmoor (c. 1661-1736–he of many, many London churches fame–on the case. And my oh my, did they create a very fine bit of royal real estate. 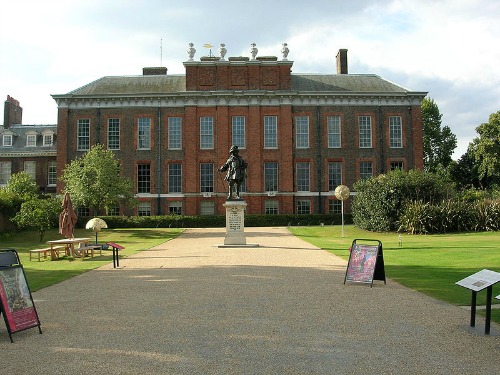 The South Front of Kensington Palace in all its Jacobean loveliness.

Queen Anne followed on an in the early 18th century and built the Orangery in the palace gardens. This was originally intended–as the name suggests–to house and grow oranges, and today is a rather chic restaurant. 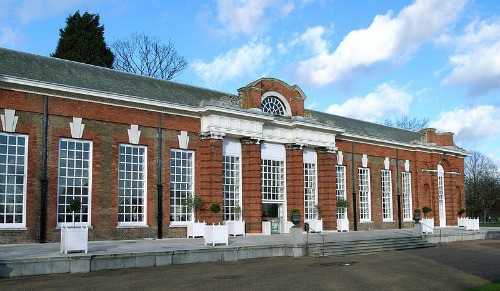 The Orangery that Queen Anne had built.

The first two Hanoverians – George I and George II – lived at the palace but after them it became a home for relatives of the reigning monarchs rather than the monarchs themselves. Queen Victoria – granddaughter of George III but daughter to his fourth son the Duke of Kent – was born at the Palace and it was there that she found out about her succession to the throne in 1837. At which point she moved out to Buckingham Palace … 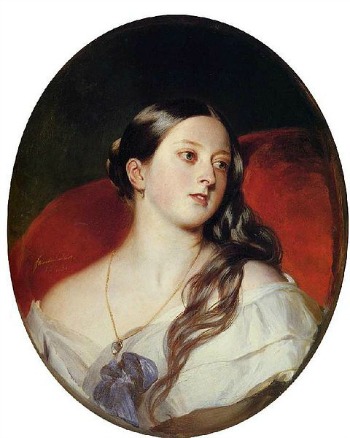 A portrait of Queen Victoria in 1843

Fortunately it was during Victoria’s reign that a restoration was funded and Kensington Palace became an exhibition space open to the public by the end of the 19th century. It was home to the Museum of London for many years but a selection of apartments have always been maintained as homes for royal relations, such as Diana Princess of Wales from 1981 to 1997 and Princess Margaret during the 1960s. Indeed, it’s this latter apartment that the Duke, Duchess and Prince George of Cambridge will be living in once they’ve had a bit of renovation work completed.

For visitors to Kensington Palace (the main bit, not the private apartments of course), well, you are in for a treat as the public spaces have also enjoyed a recent refit. A £12 million pound refit completed in 2012 so the building is simply stunning. Take an inside look at the new and enchanting experience at Kensington Palace here. 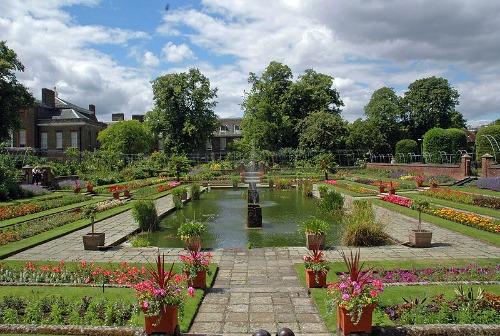 In conclusion, get thee to Kensington Palace! If you’re a savvy London Pass user, you’ll enjoy free entrance to Kensington Palace, too. And if you happen to be there on a Tuesday, Thursday or Saturday until 28 September 2013 at 12:00 – 13:00 or 14:00 – 15:00 you can enjoy a free garden history tour as well as “ooh” and “aah” at the magnificent state rooms and exhibitions. Lucky Prince George. He’ll grow up in a home with nary a stick of Ikea furniture to be seen but lashings upon lashings of cultural heritage instead.