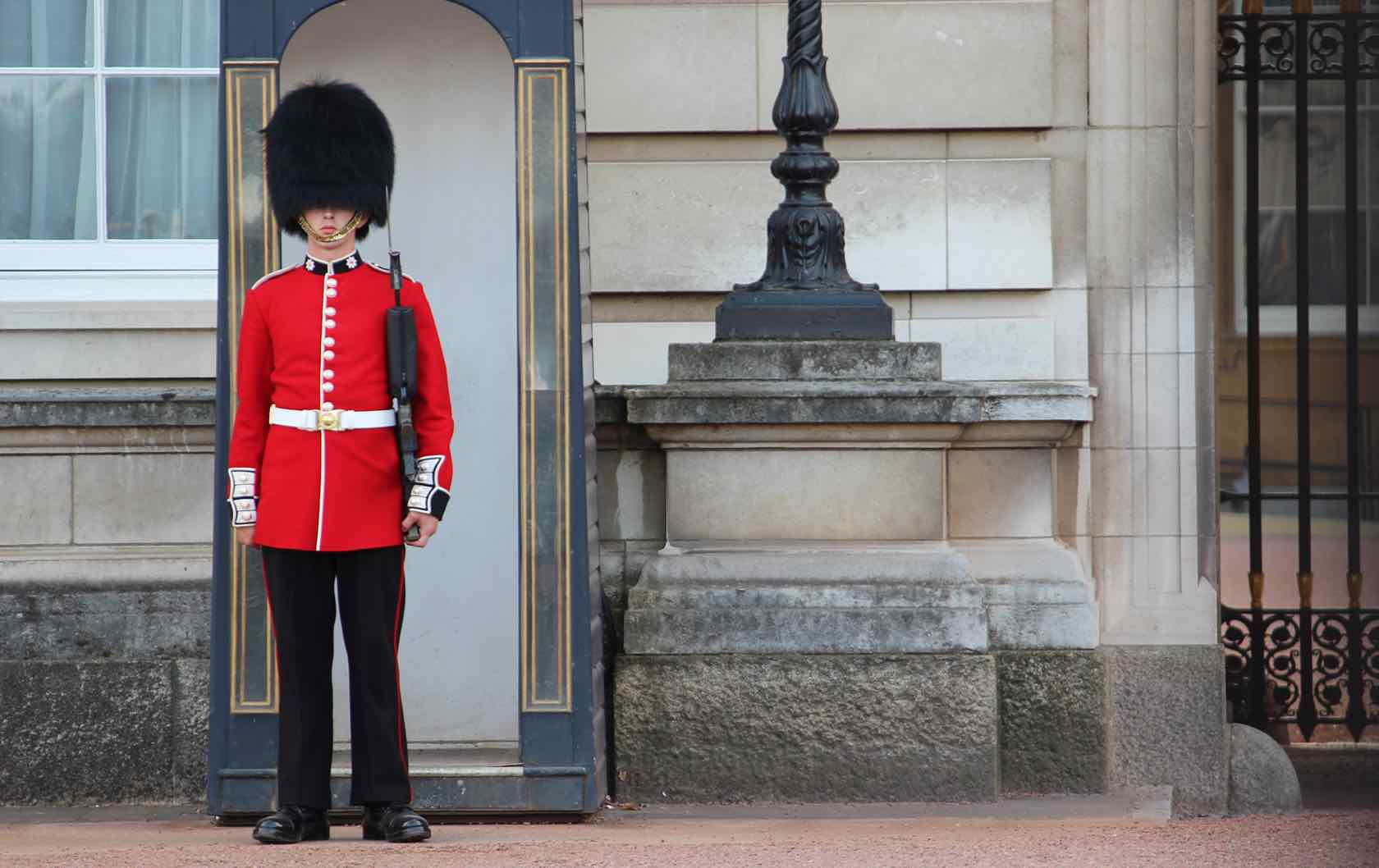 Guide To Trooping the Colour 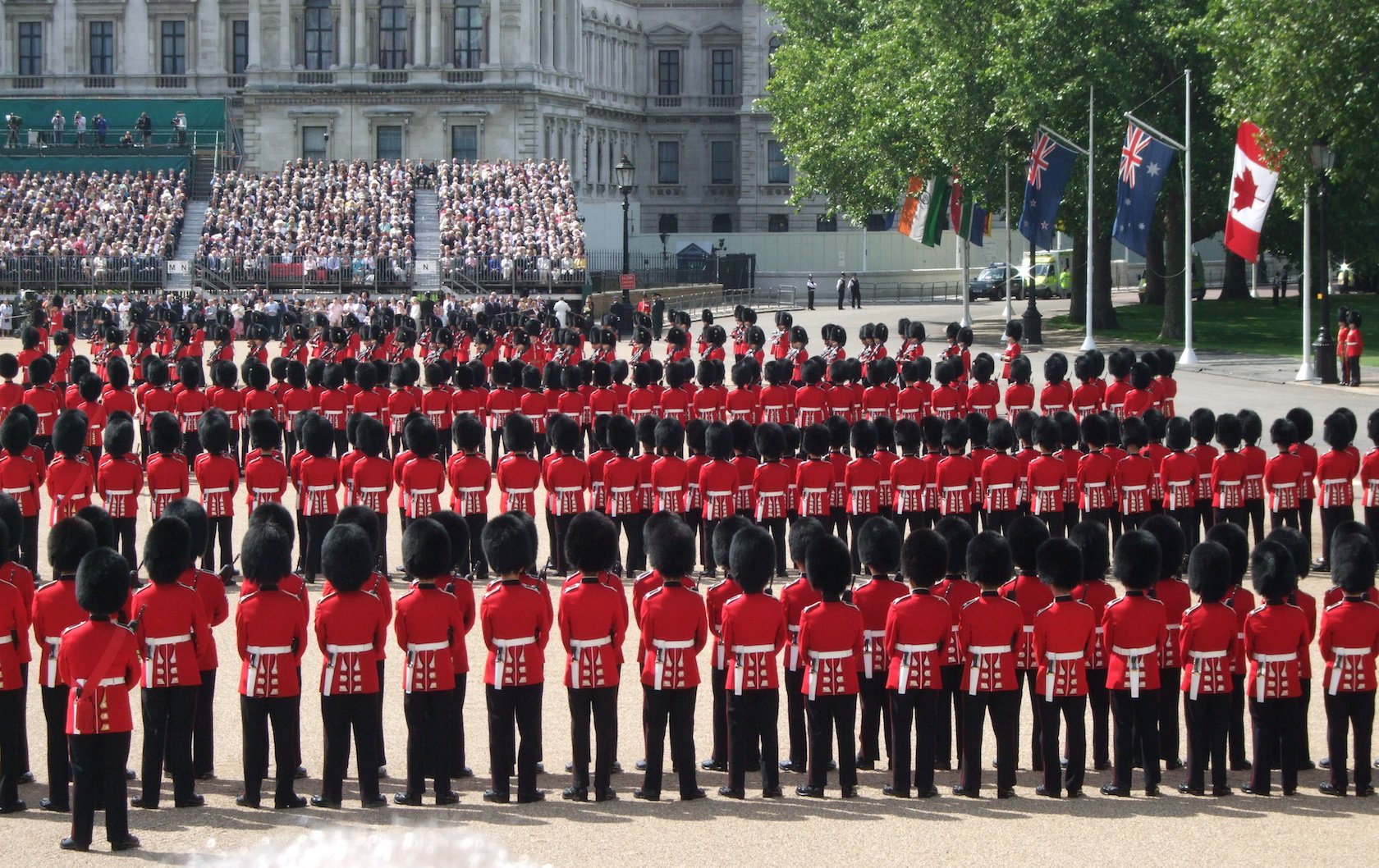 What Is Trooping the Colour?

Trooping the Colour is a public military pageant and celebration of Queen Elizabeth’s birthday. It’s basically comprised of a highly choreographed military parade lead by the Queen herself; a gun salute; and a fly-past by the Royal Air Force. (All of this is explained in detail below.)

Where Does Trooping the Colour Take Place? 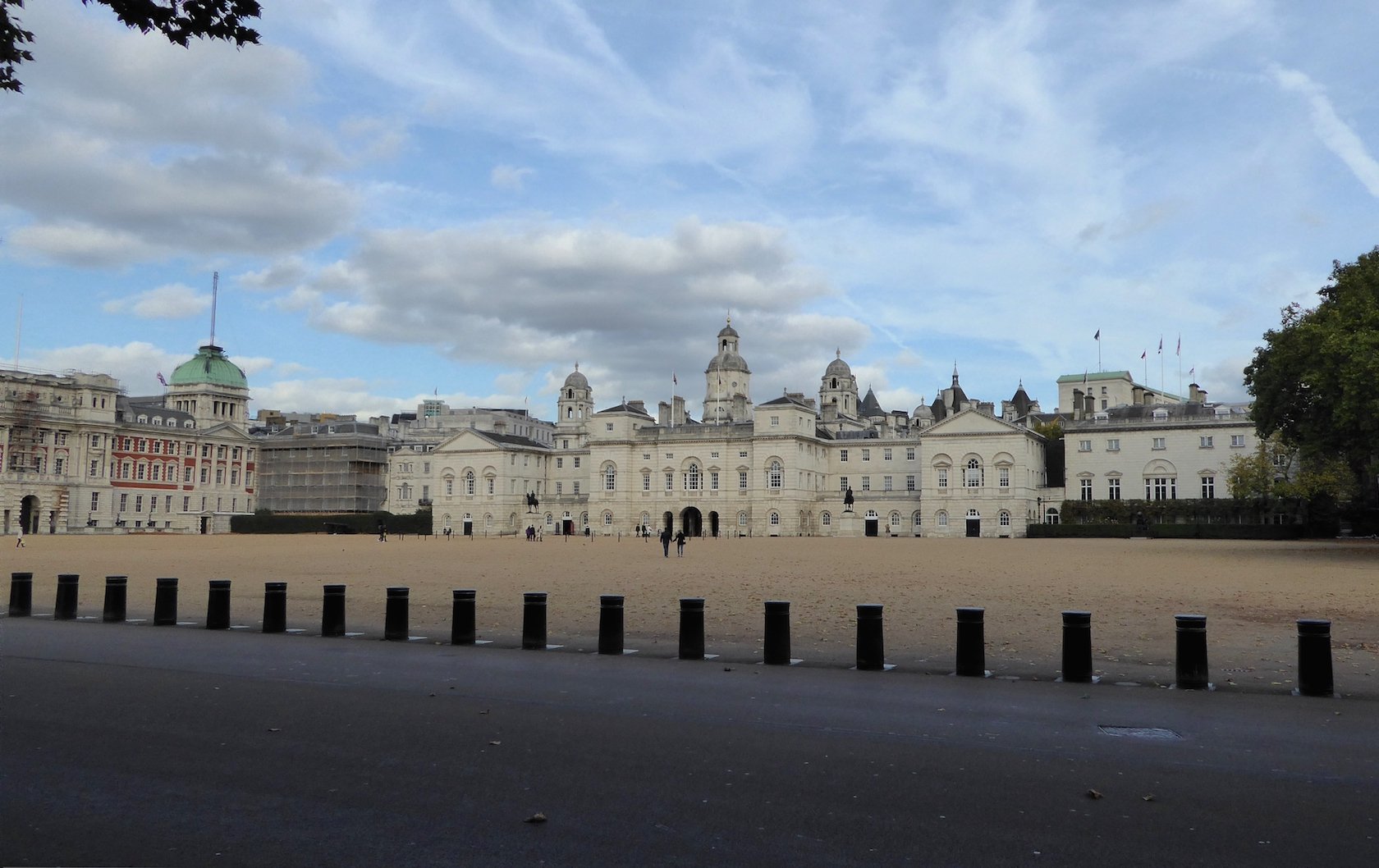 When Is Trooping the Colour?

This year, the event will take place on Saturday, June 8, 2019. It will mark the Queen’s 93rd birthday. Queen Elizabeth’s actual birthday is in April, but Trooping the Colour predates her. The military ceremony is actually believed to date back to the reign of King Charles II (1660–1685). Though it wasn’t until 1748 in the reign of George II that the ceremony was done in honor of the official birthday of the reigning monarch.

The parade officially begins at Horse Guards Parade at 10.00am and will finish by 12.25pm at Buckingham Palace.

Why Is It Called Trooping the Colour?

Within the British Army, each regiment has a unique flag featuring a different color and design. The flags, called “colours,” were used during battle so that troops could spot their regiment easily and stay close together. It was important that all the troops knew which colours (flags) belonged to which regiment, so they needed to be regularly displayed. To display the colours, officers march in front of the troops waving their colours, and this act is known as “trooping.” Once the colours were trooped, all the soldiers knew which colours belonged to which regiment.

Tell Me More About This Parade.

The Trooping the Colour parade starts when Queen Elizabeth leaves Buckingham Palace in a carriage. (Up until 1987, she used to ride side-saddle on horseback.) The Queen then travels down the crowd-lined Mall.

She proceeds to the Horse Guards Parade where her personal troops—the Household Division—are waiting. Once she arrives, the troops perform a royal salute. Then, the trooping starts, and music is played. After the colours are trooped, the Queen leads the marching battalion back down The Mall to Buckingham Palace for a second salute, which marks the official end of the Trooping the Colour. 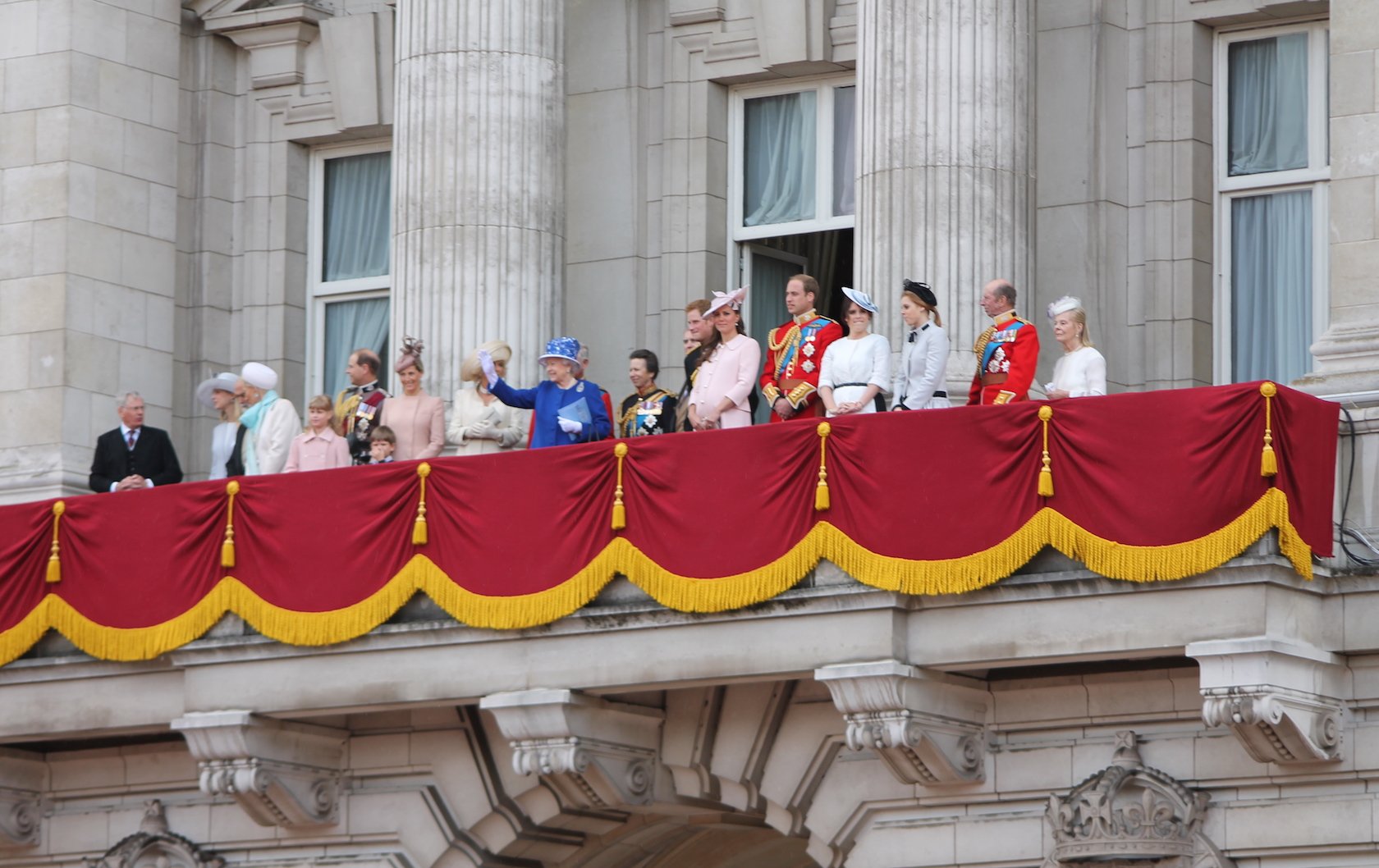 The Royal Family on the famous Buckingham Palace balcony. (Image by Carfax2 via Wikipedia commons.)

And after that, comes the fly-past: The whole Royal Family gathers on the famous balcony of Buckingham Palace to watch an aerial parade of planes dramatically soar overhead. Usually, the fly-past includes the Red Arrows (a.k.a. the Royal Air Force Aerobatic Team) and the Battle of Britain Memorial Flight, which is a group of several fighter aircraft.

You can see the fly-past around London too. Check out our London apartments with outdoor space to make sure you have a good view of the sky. 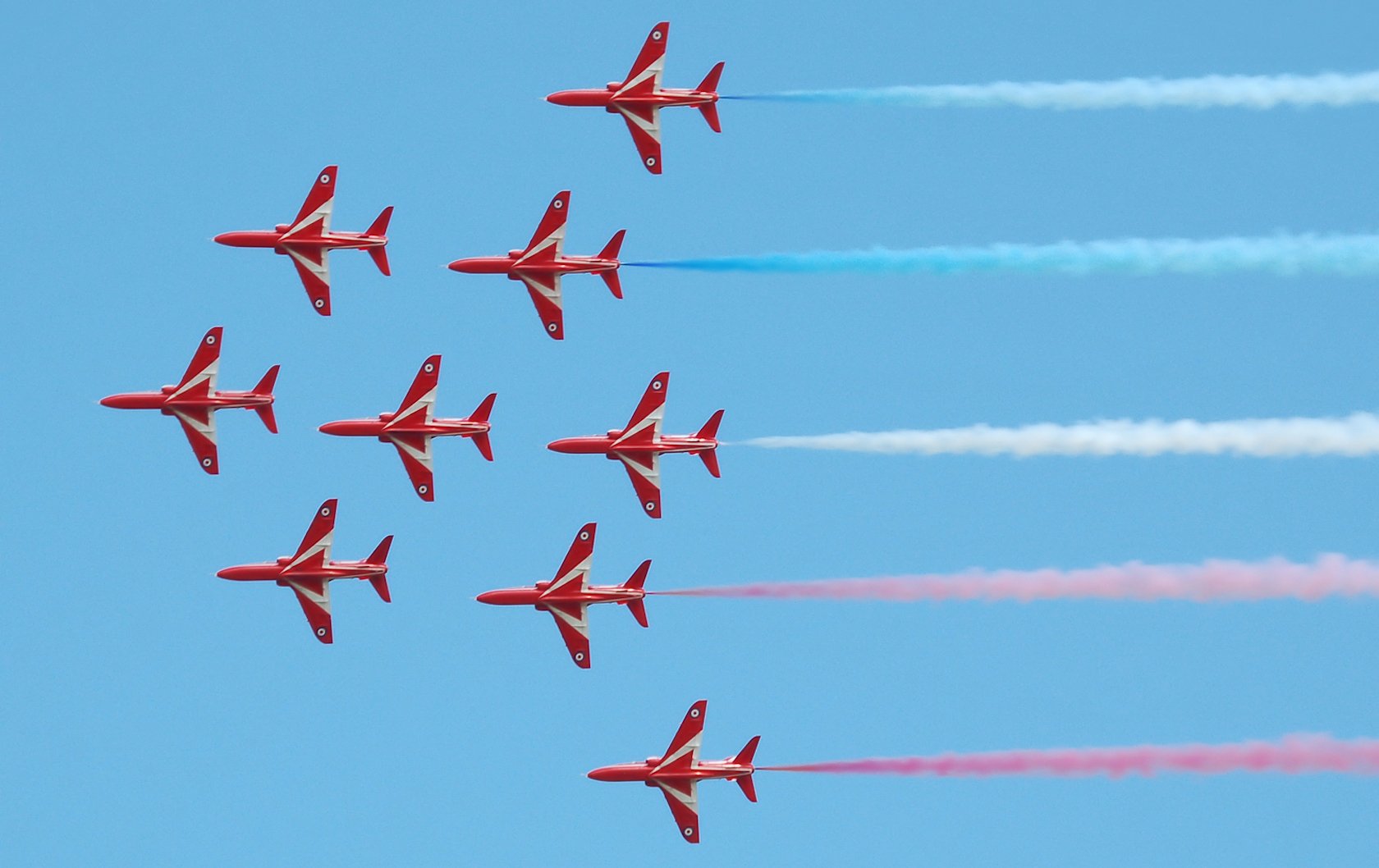 So Am I Invited?

You sure are! If you can snag tickets in time, you can watch from the stands on Horse Guards Parade. Or you can also try your luck in the gathering crowds at The Mall or in St James’s Park overlooking Horse Guards Parade. (Check out this map linked herein to see where you should stand.) Many spectators like to dress up nicely for the regal spectacle. And, if you’re in the stands, formal attire is required. After all, you will be in view of the Queen! (You can find some British fashion inspiration here.)

If you can’t make it in person, don’t despair. The Queen’s Birthday Parade is also broadcast live on the BBC in the UK. Why not watch it from the comfort of your very own living room at one of our comfortable sunny London Perfect apartments? Get in touch with the London Perfect team today. 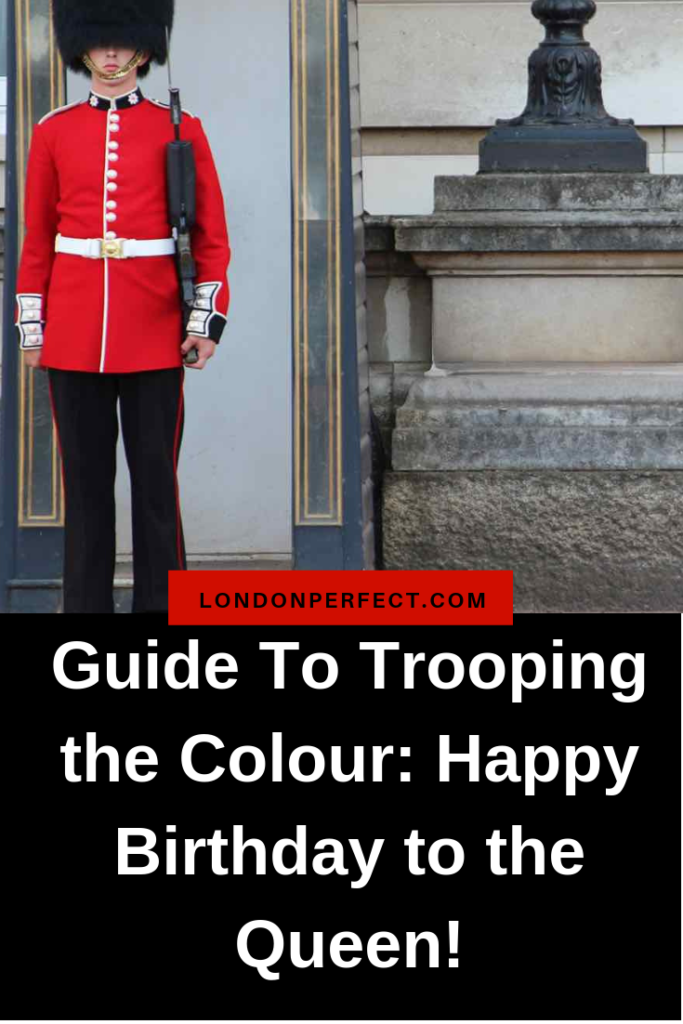 Posted on Monday, May 27th, 2019 at 3:49 am in Practical Information, See & Do. You can follow any responses to this entry through the RSS 2.0 feed. You can skip to the end and leave a response. Pinging is currently not allowed.

London Blog > Practical Information A Guide To Trooping the Colour: Happy Birthday to the Queen!