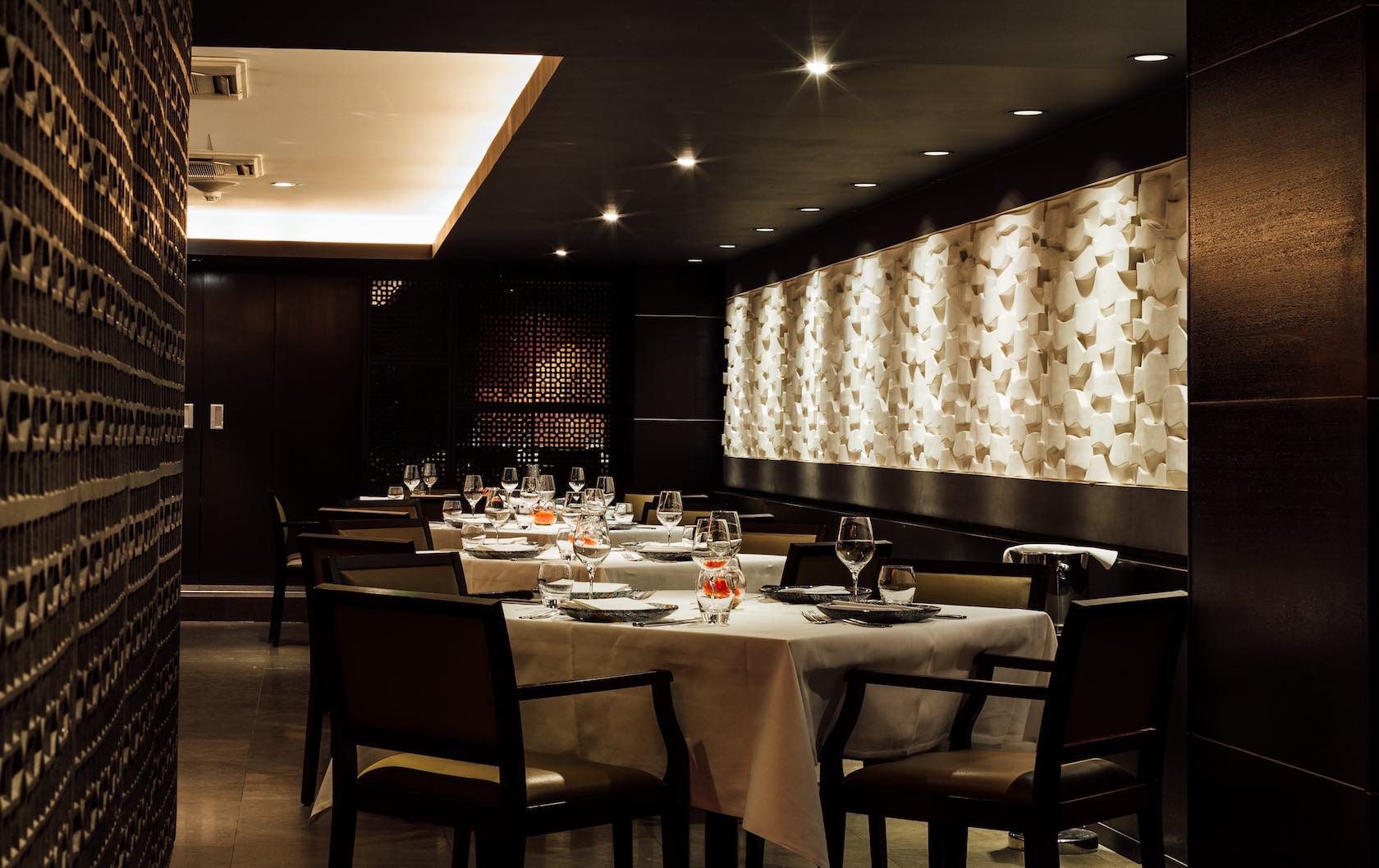 London is home to over half a million British Indians. With these numbers, it’s no surprise that London is blessed with some of the world’s very best Indian restaurants outside of India. Here, we’re looking at London’s vast and impressive Indian food scene and rounding up London’s best Indian restaurants and eateries. Get your fill of fantastic bold flavors and sensational spice at these hot spots that dish out everything from homemade regional specialties to high-end haute cuisine (and everything in between). 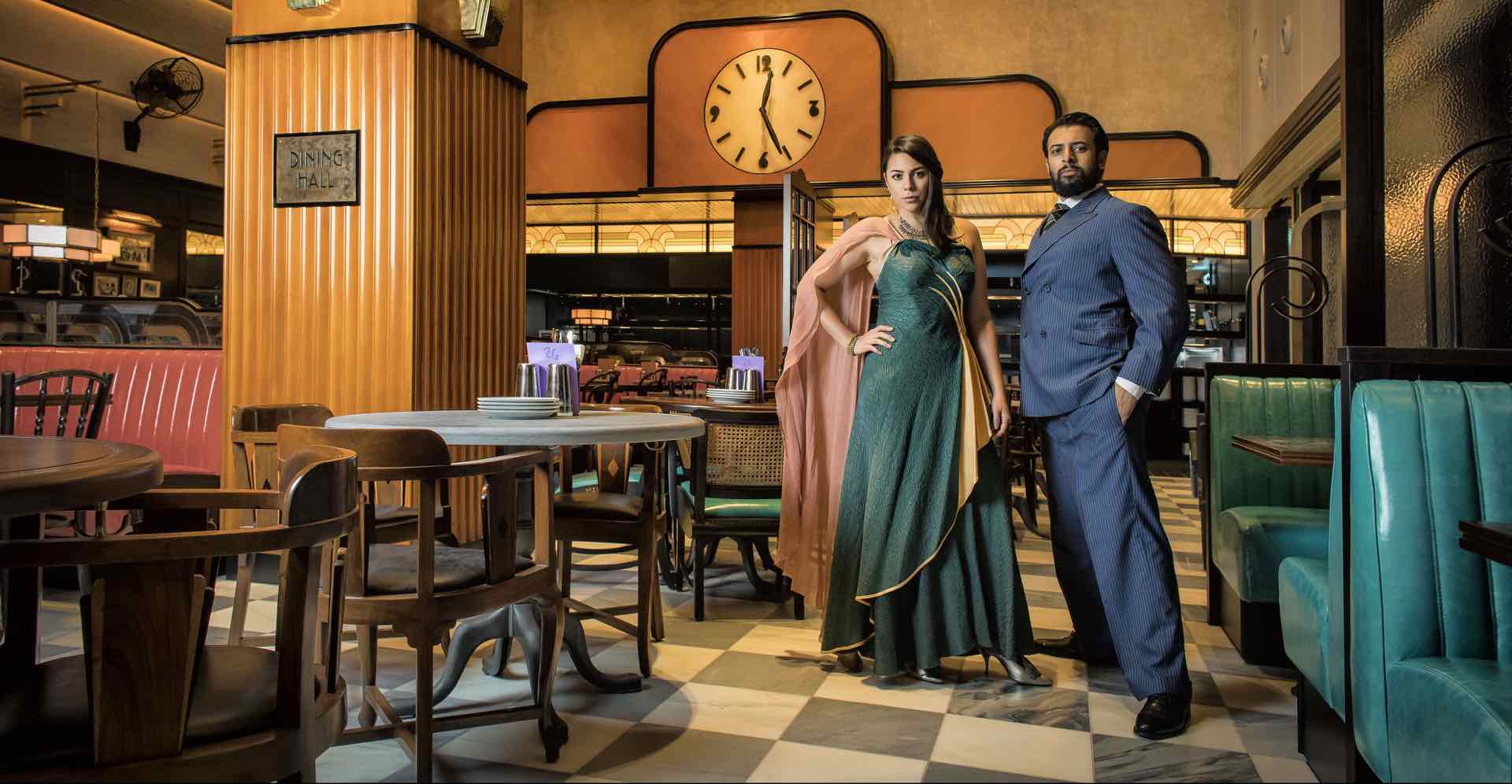 For high-end fare, look no further than Benares in the chic neighborhood of Mayfair. Originally from New Delhi, Executive Chef Sameer Taneja expertly blends Indian flavors and European techniques. Seafood is a major feature on the menu. (Don’t miss the Baked Malabar Scallop appetizer or the main of Meen Dakshani, which is tandoori monkfish with clam moilee and ridged gourd chutney). Though Benares is not cheap (little is in Mayfair), there is an express Thali Lunch Menu available at £33 including a drink. 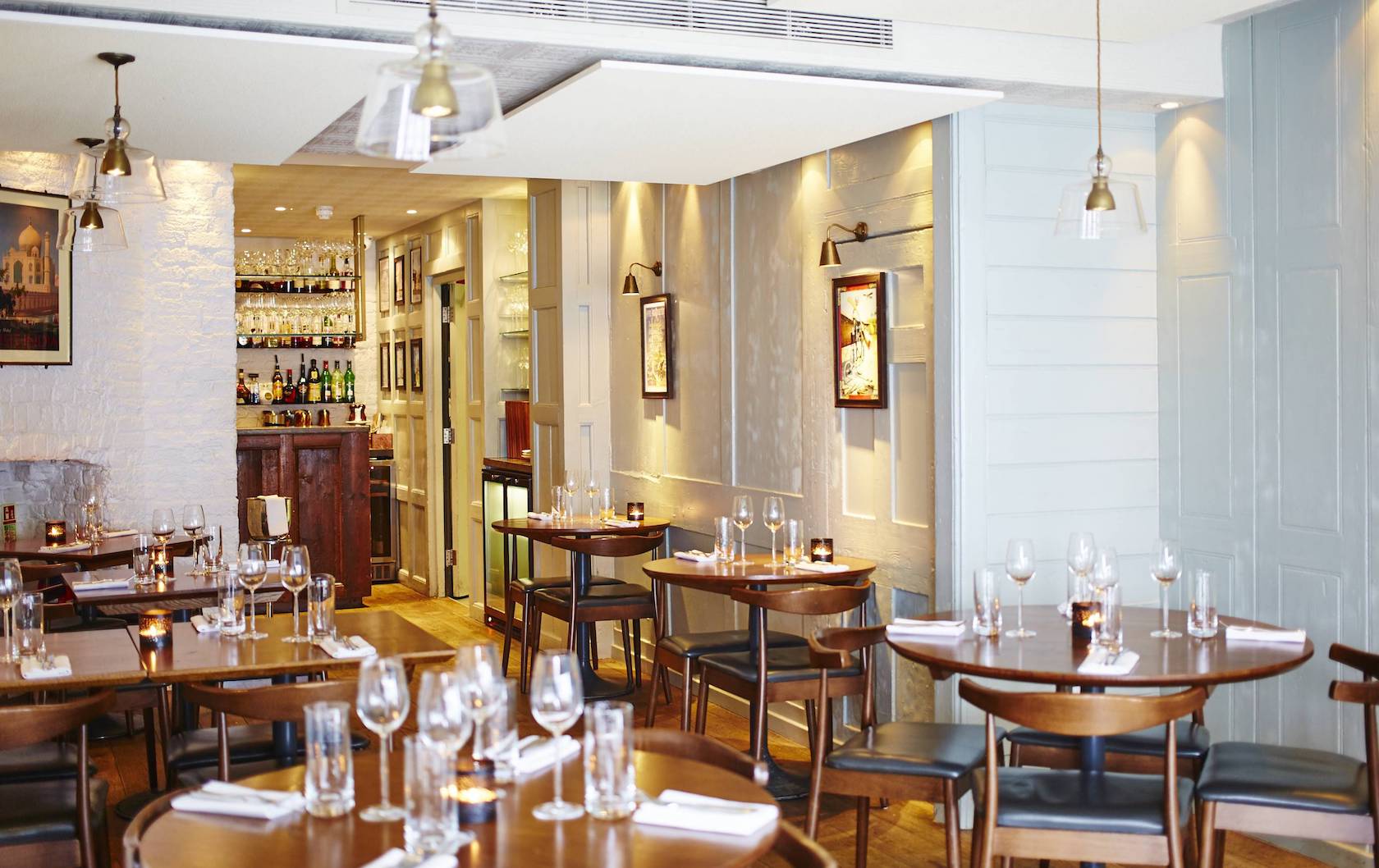 Relaxing and unpretentious, Trishna is great for a relaxed Indian meal. (Image courtesy of Trishna.)

Trishna in Marylebone is known for its contemporary take on Indian coastal cuisines. As one of London’s best Indian restaurants, every dish really does impress. The atmosphere is laid-back making this one a good pick for a mid-week meal.

Kutir in Chelsea is constantly making “best of” lists. Located in a sophisticated townhouse across the road from the Saatchi Gallery, Kutir is a short walk away from the handsome Palmerston apartment. Though Kutir specializes in game and seafood, there’s still a vast range of vegetarian and vegan options available as well. 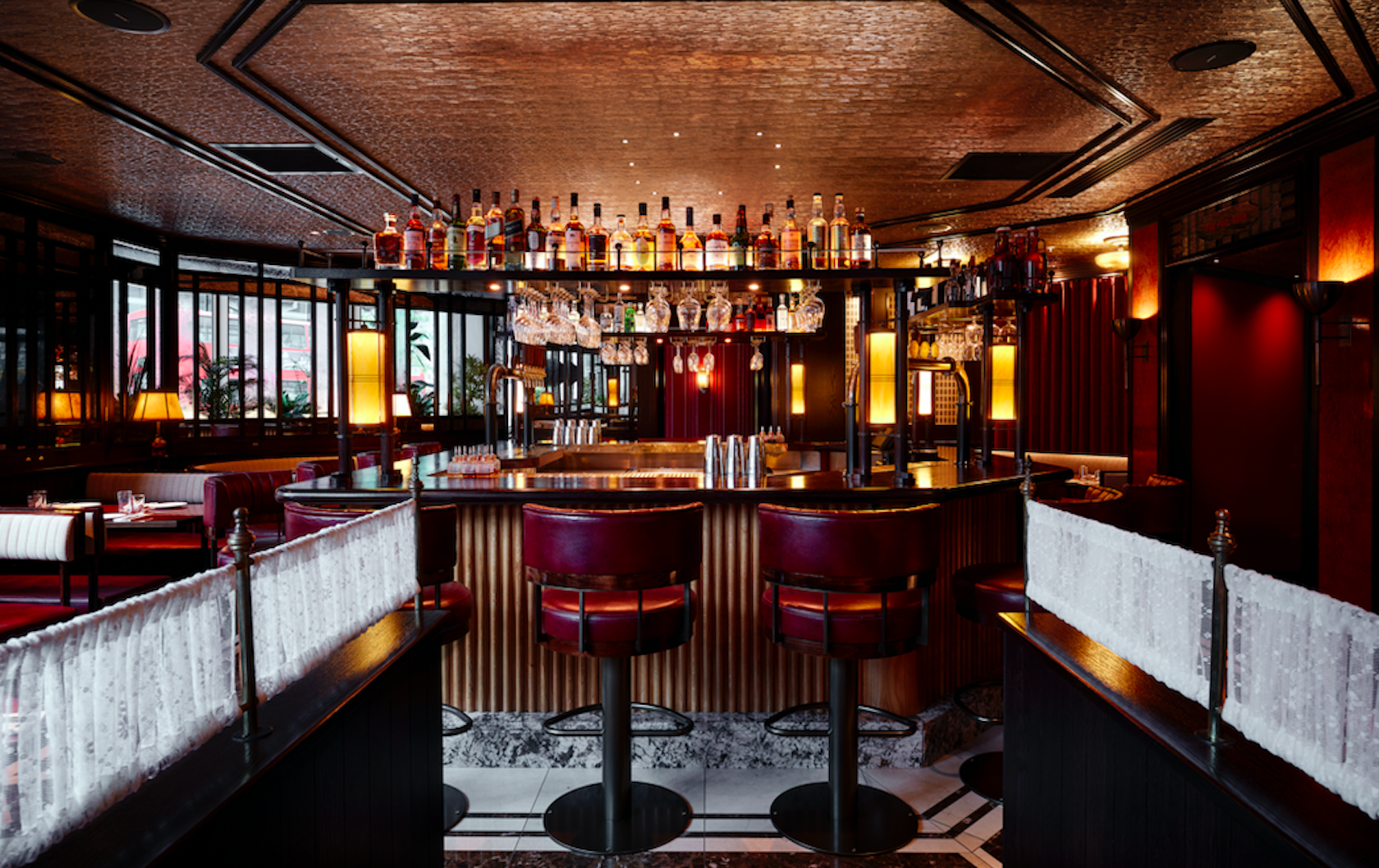 Brigadiers is a cool and friendly spot that’s popular with the after-work crowd. (Image courtesy of Brigadiers.)

Located in “the City” (also known as “the Square Mile”), Brigadiers is a cool Indian barbecue restaurant that also serves plenty of beer and whiskey, and also doubles as a sports bar. Try the Wood Roasted Chettinad Aubergine served with channa daal and mango ginger raita or a beer snack of Lotus Root and Puff Chaat. Brigadiers is always buzzing with a great crowd and upbeat vibes, making it a good one for either a drink or dinner.

Set in the bustling heart of Soho, the affordable Tamarind Kitchen boasts not one but three grills: a tandoor oven, hot griddle and a charcoal grill. Dishes are served tapas style and are designed to be shared. Also, you can expect warm and cozy interiors with plenty of style. Tamarind Kitchen is the little sister of the Michelin-starred Tamarind Mayfair, which is another one of London’s best Indian restaurants. 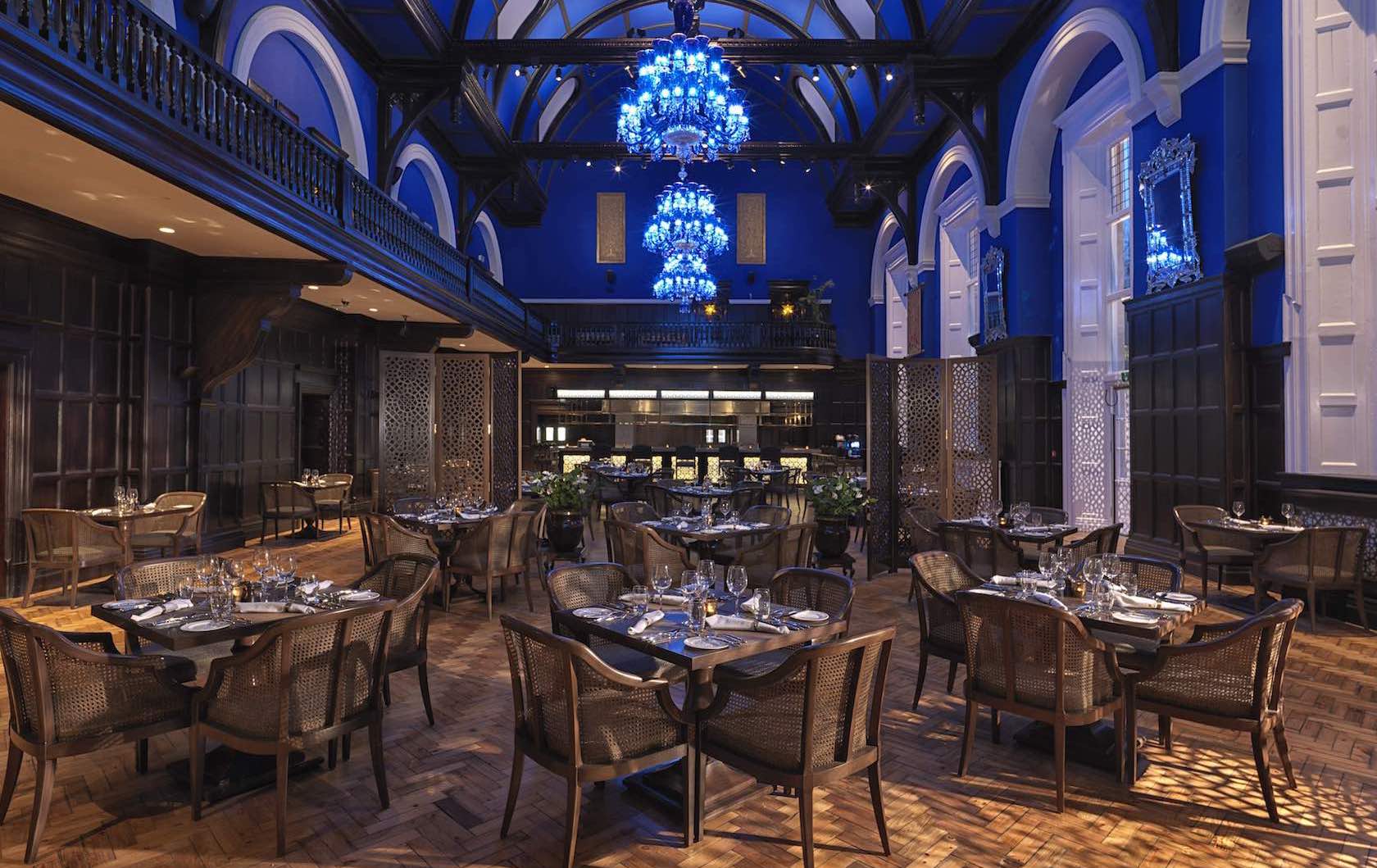 How gorgeous is Baluchi in Southwark? (Image courtesy of Baluchi)

Baluchi plates up pan-Indian dishes from all around the sprawling country. It’s located in Southwark right by Tower Bridge, which is sometimes mistaken for London Bridge. (Read up on more common tourist mistakes to avoid here.) Not only is Baluchi one of London’s best Indian restaurants to sample plates from Kashmir, Bengal, Kerala, Goa and more, but it’s also stunning. Keep your phone on hand to document the gorgeous vaulted ceiling and rich blues accents.

Belgravia’s Kahani is right around the corner from the cozy mews home, the Wellesley. At Kahani, you’ll enjoy traditional Indian dishes made with seasonal British ingredients. For a standout dish, try the Venison Keema prepared with shallots, fenugreek leaves and truffle naan. For another fan favorite, order the Tandoori Somerset Lamb Chops made with Kashmiri chilies and cloves sourced from the Indian city of Nagercoil.

Ready to dig in at these star Indian eateries? Get in touch with the team at London Perfect. We can help you find a nearby apartment for your next stay in the capital. 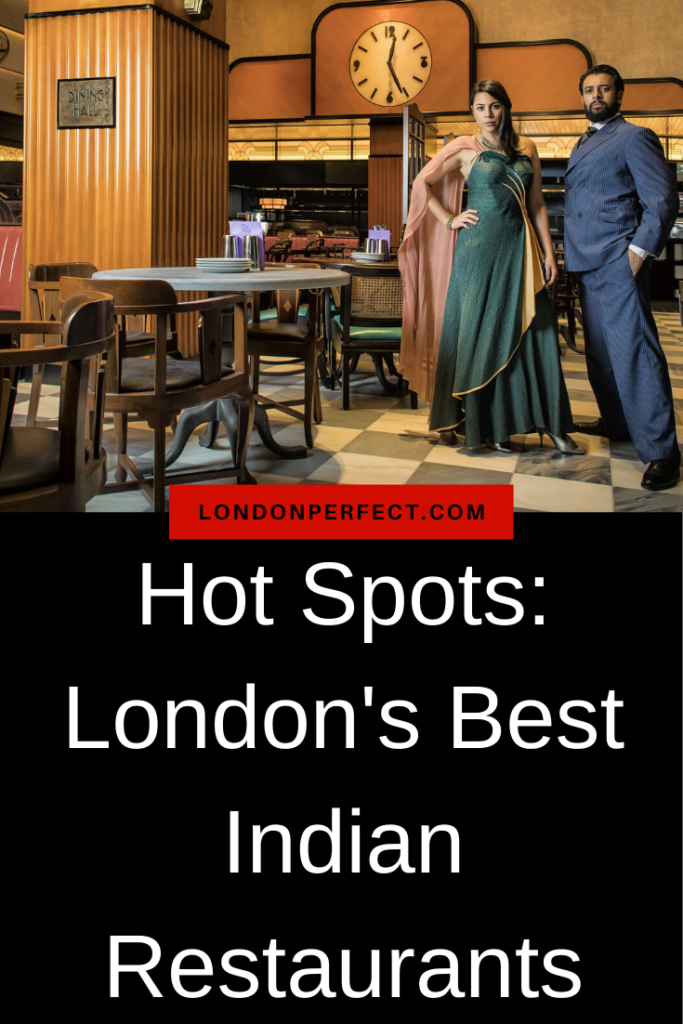 Posted on Monday, December 9th, 2019 at 4:05 am in Food & Drink. You can follow any responses to this entry through the RSS 2.0 feed. You can skip to the end and leave a response. Pinging is currently not allowed. 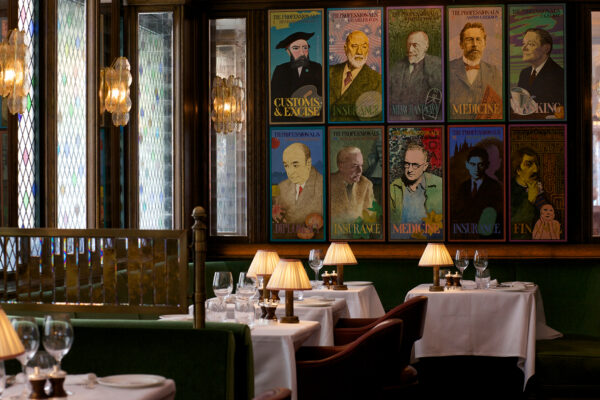 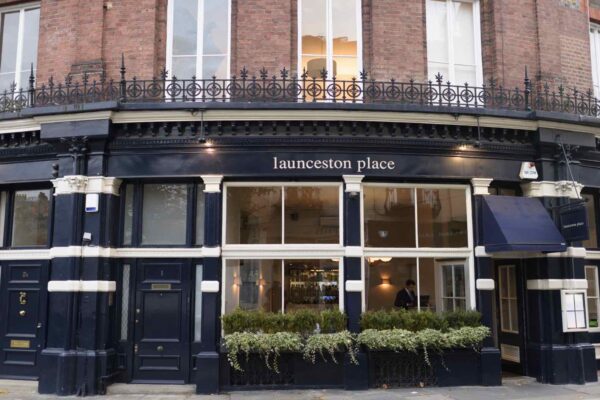 The Complete Guide To The London Restaurant Festival