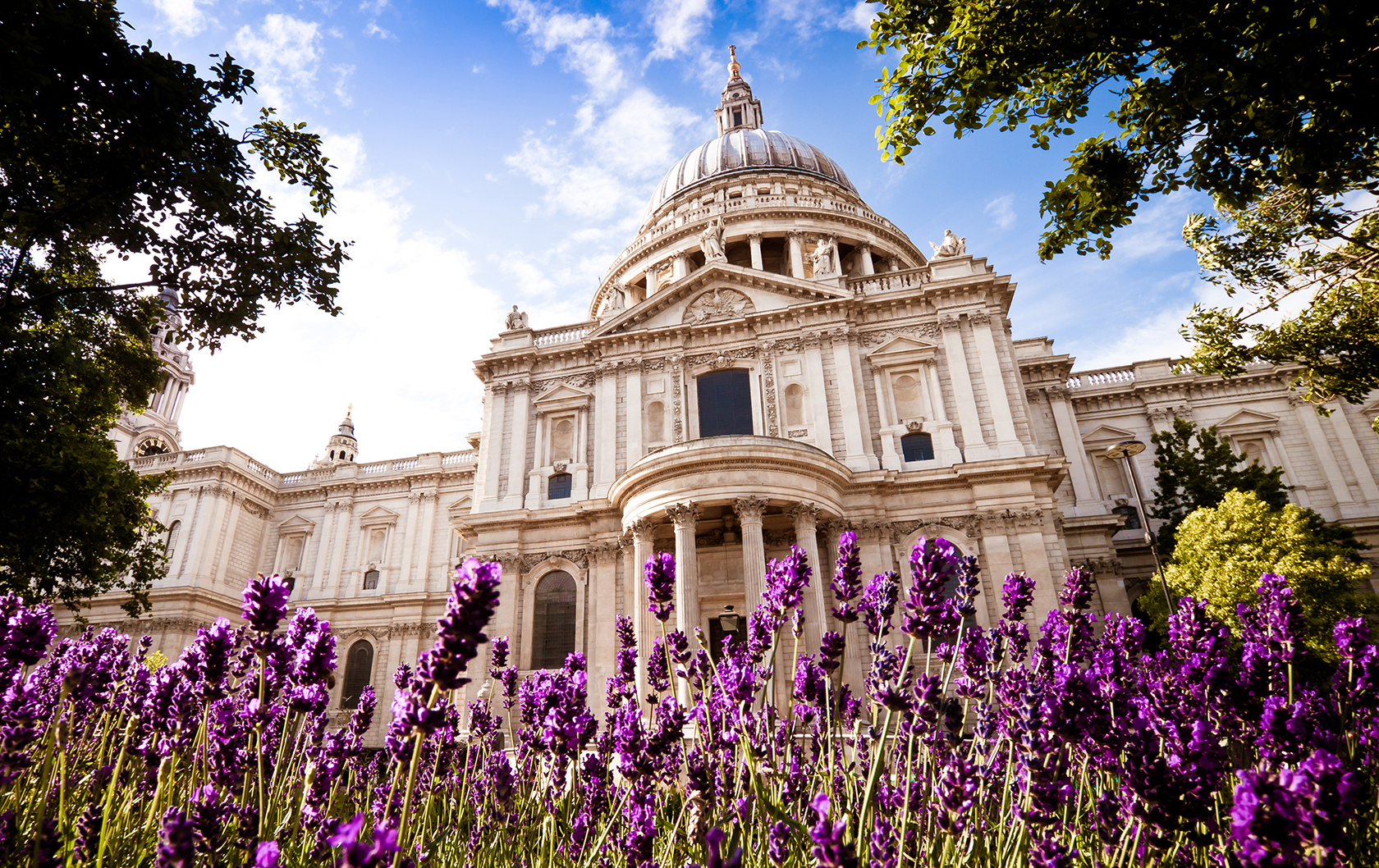 Visiting London churches is a highlight of any UK trip, combining awe-inspiring architecture and heritage. Most practice daily worship and represent different Christian faiths, usually Anglican or Catholic, and also offer serenity in a busy city. It’s worth popping in just to admire their spiritual splendour. Here’s London Perfect’s pick of 10 of the most beautiful churches. 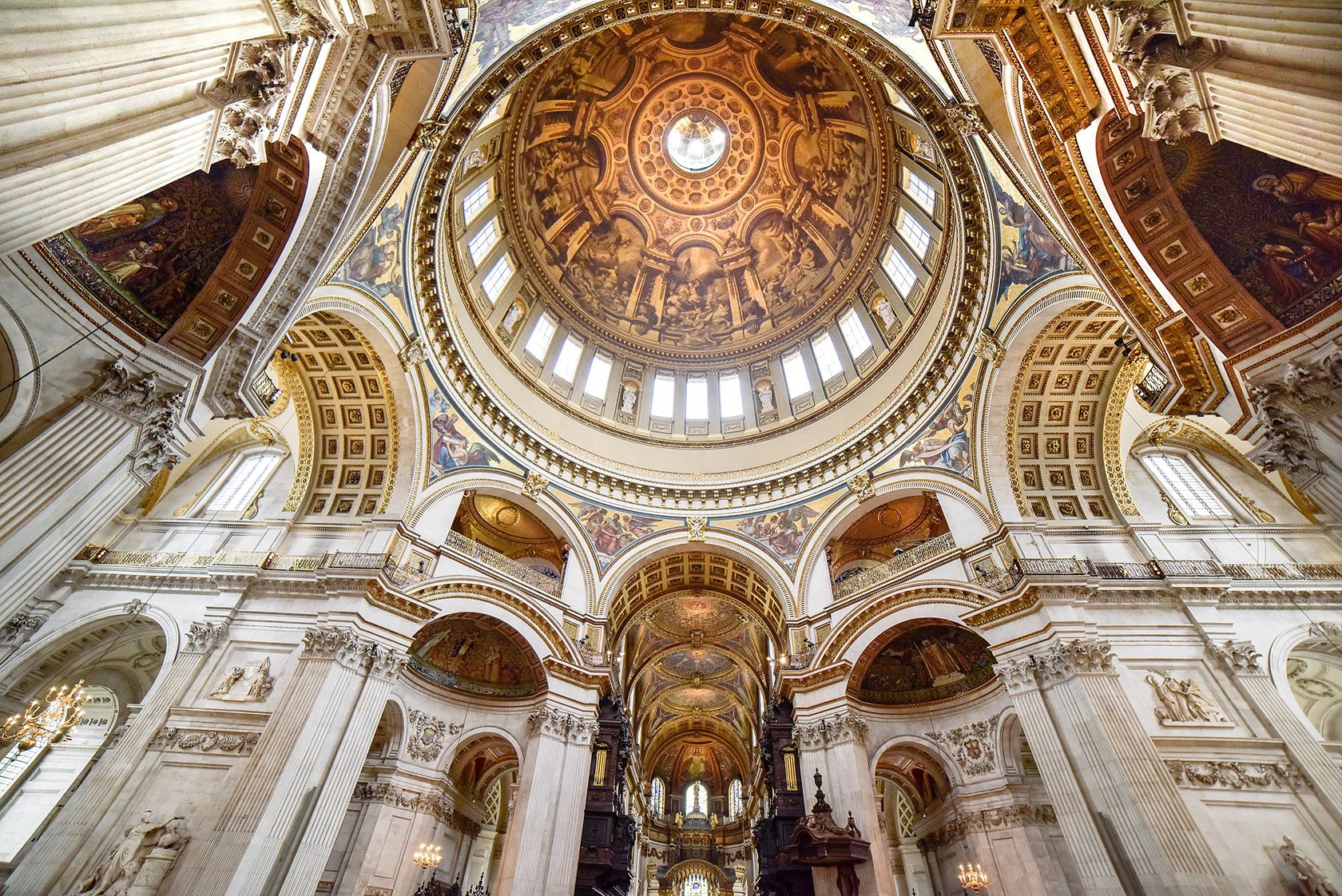 The most legendary of London churches, St Paul’s Cathedral once dominated the skyline. Images of the embattled cathedral during the Blitz – when German planes bombed the capital – are iconic. The Grade I-listed domed building sits atop Ludgate Hill. Dating from the late 17th century, it was designed by architect Sir Christopher Wren in the English Baroque style, following the Great Fire of London. This Anglican cathedral held the funerals of Admiral Nelson and Winston Churchill as well as Prince Charles and Diana’s wedding. Visitors can take in the marvelous interiors from ground level, descend to the crypt or ascend to the Dome Galleries for lofty views. Entry is ticketed, with Sunday for worshippers only. St Paul’s Cathedral, St Paul’s Churchyard, EC4 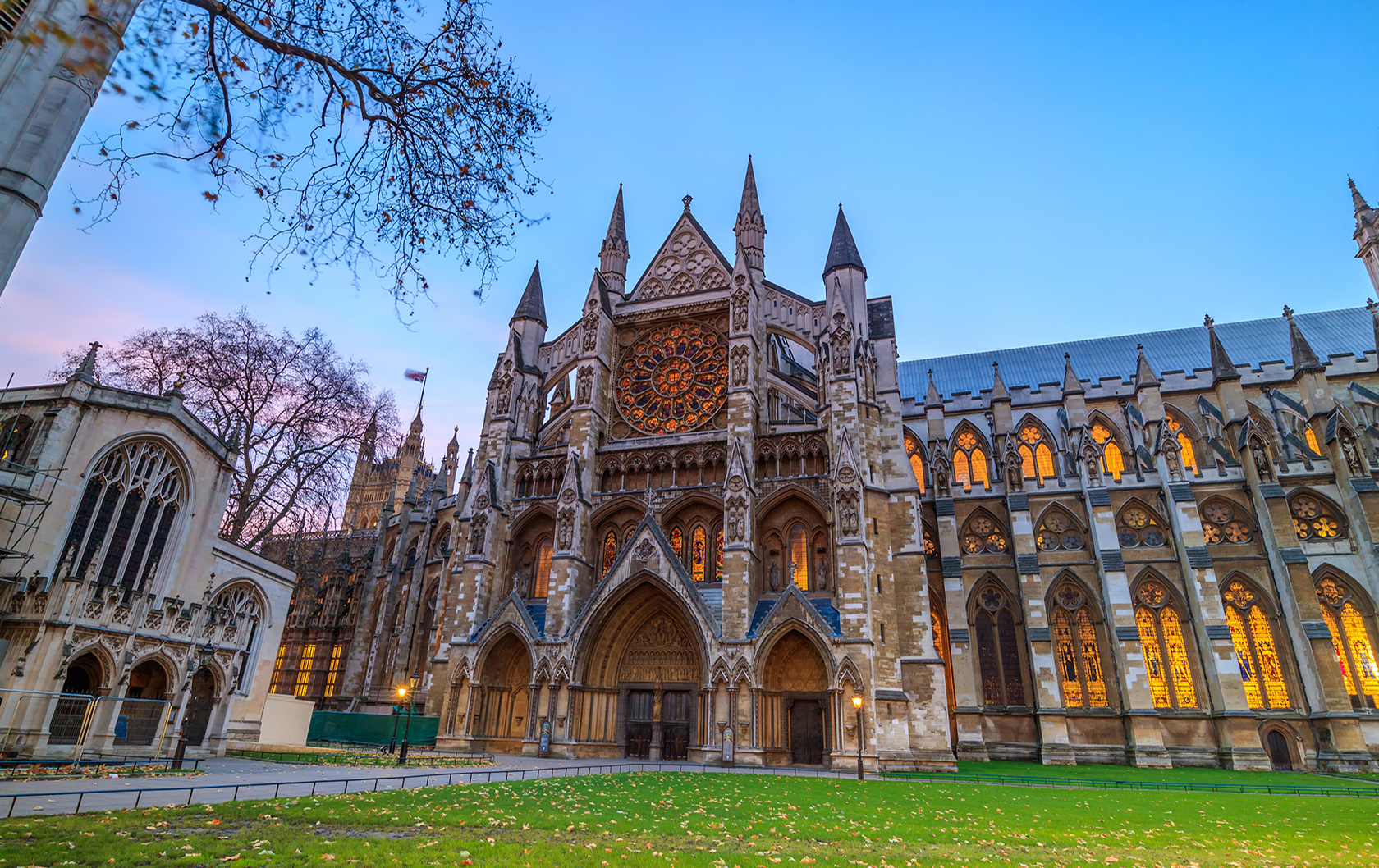 Warm glow of lights inside Westminster Abbey at sunset

This stunning Anglican royal church is a World Heritage Site with over a thousand years of history. Founded by Benedictine monks in 960 AD, Westminster Abbey’s soaring Gothic building was begun by Henry III in 1245. It has hosted coronations and royal weddings, including that of Queen Elizabeth II and Philip, and Prince William and Catherine, as well as Princess Diana’s funeral. It’s the resting place of 17 monarchs, statesmen, scientists and soldiers such as the Unknown Warrior. Literary names including Geoffrey Chaucer, Charles Dickens and Thomas Hardy are buried in Poet’s Corner. Guided tours are available. Westminster Abbey, 20 Dean’s Yard, SW1 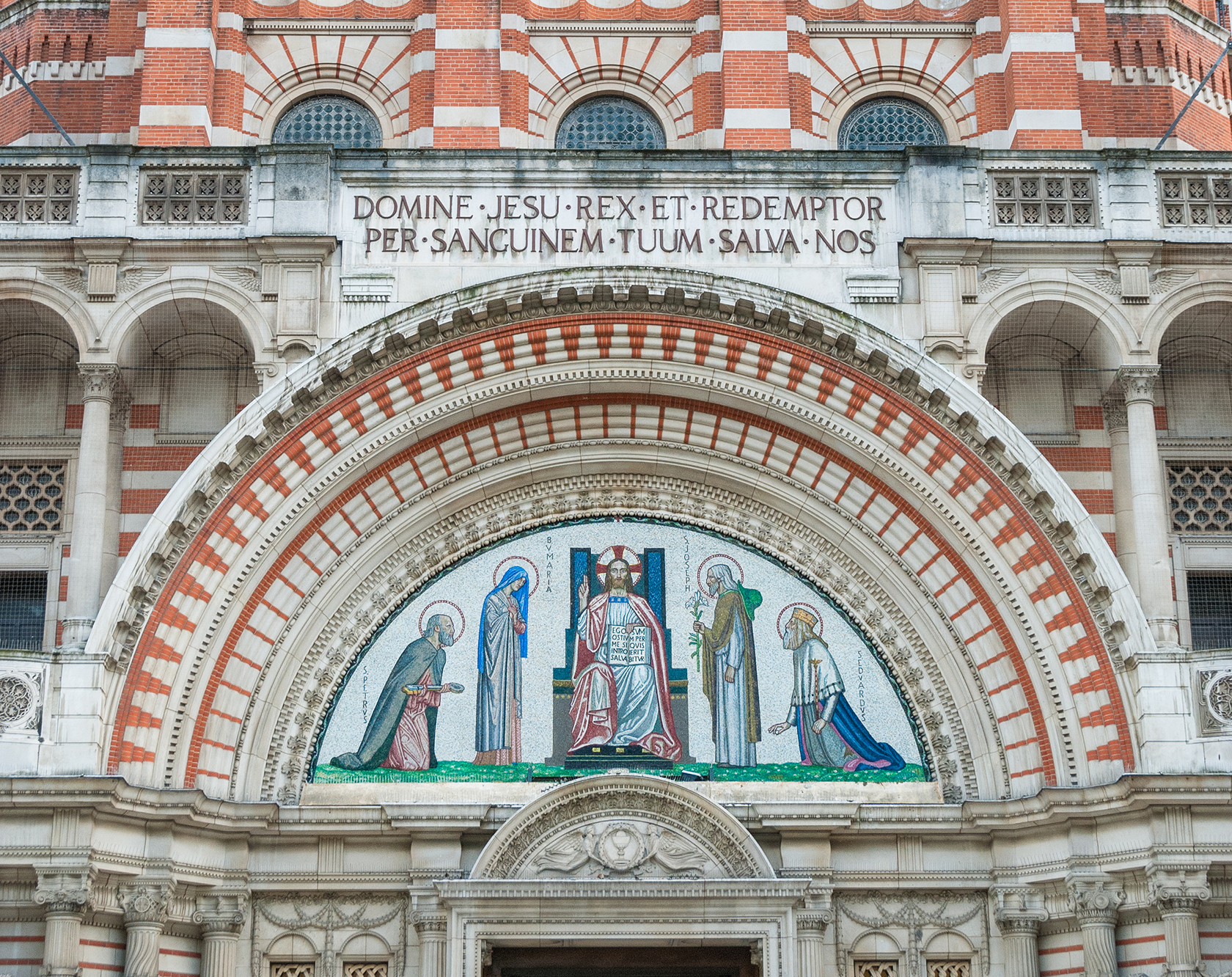 Detail of the colourful facade of Westminster Cathedral (credit)

With its vertiginous bell tower, red and white striped bricks and green domes, the late 19th-century Westminster Cathedral near Victoria Station is not to be mistaken for Westminster Abbey. An important Roman Catholic cathedral, it was designed in Neo-Byzantine style by architect John Francis Bentley. More than a hundred types of marble decorate the extravagant building and there are elaborate Arts and Crafts mosaics. The 14 Stations of the Cross by sculptor Eric Gill are renowned. Enjoy London panoramas from the Tower Viewing Gallery. The choir is also famous. Westminster Cathedral, Victoria Street, SW1 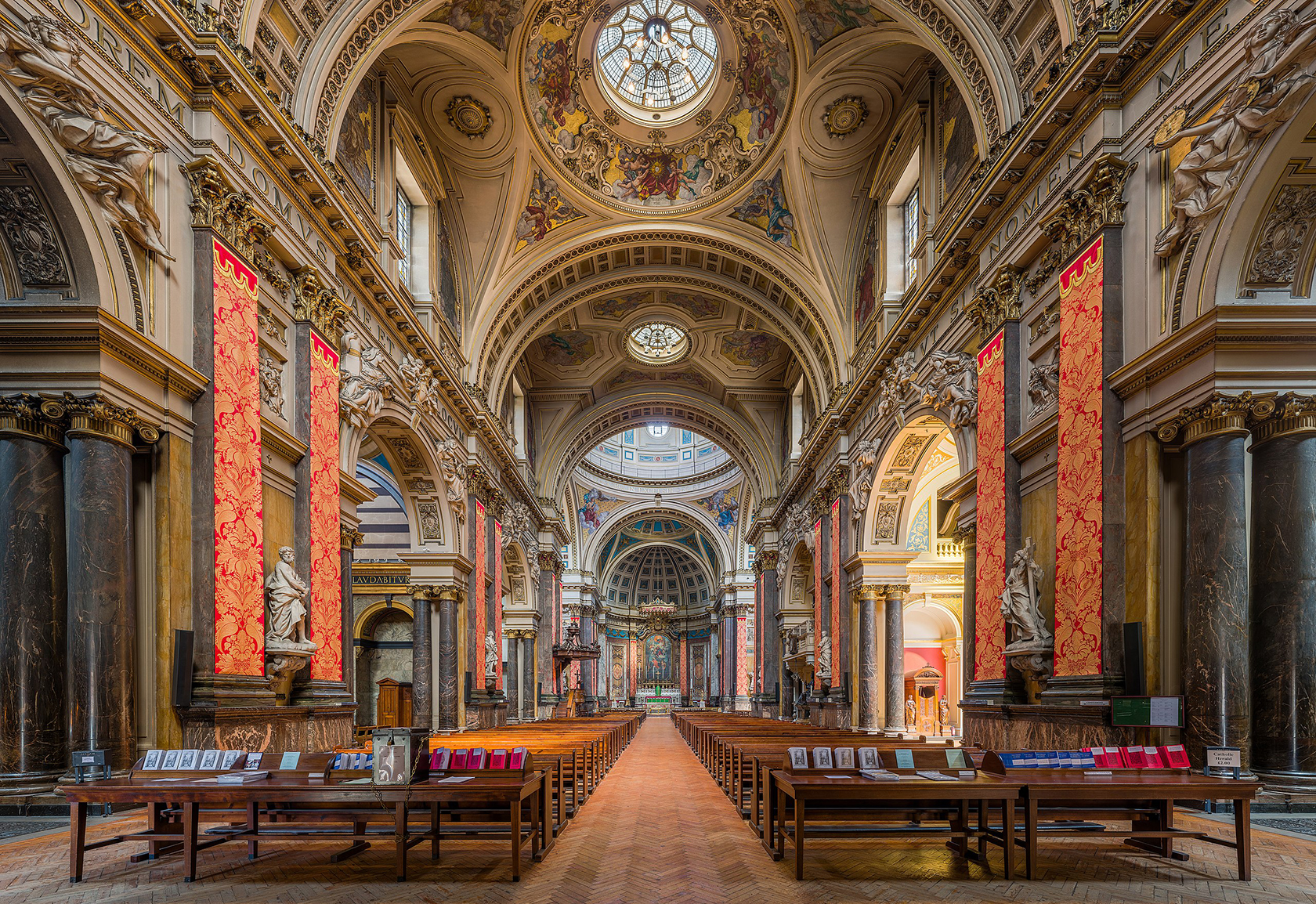 If you’re touring beautiful London churches, admire this large Neoclassical Roman Catholic church in Knightsbridge. Known as the Brompton Oratory, it’s also called the London Oratory or Church of the Immaculate Heart of Mary. Completed in 1884, it was designed by architect Herbert Gribble in the Italian Baroque style. Mass is celebrated daily and the choirs and organ music are highly respected. Australian singer Nick Cave even wrote a gorgeous love song called ‘Brompton Oratory’ set here. The V&A museum is next door and inviting two-bedroom London Perfect apartment The Walton is nearby. Brompton Oratory, Brompton Road, SW7 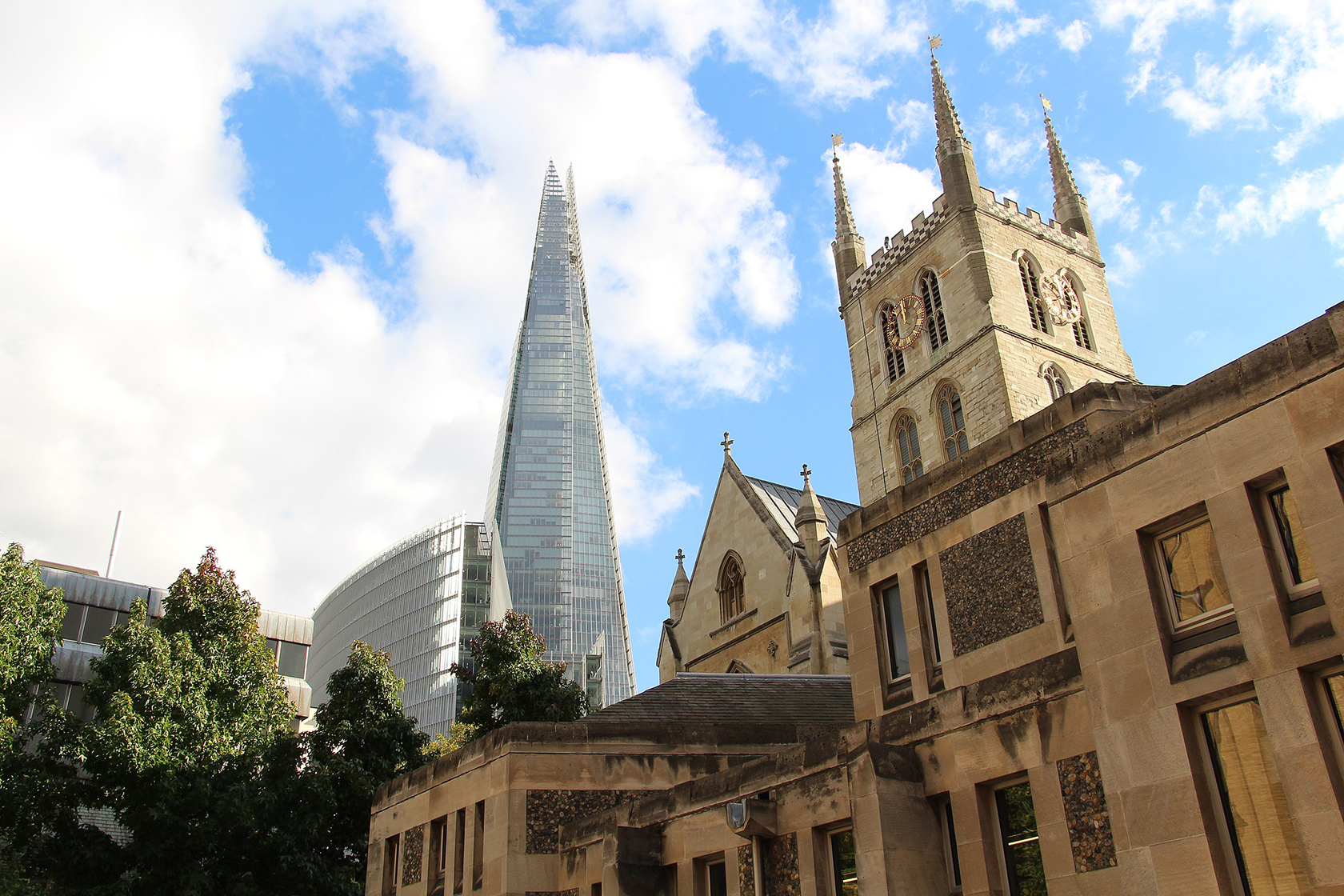 Anglican Southwark Cathedral commands the south bank of the river Thames between London Bridge and foodie destination Borough Market. The site has been a place of Christian worship for more than a thousand years. Completed in 1897, although begun much earlier, its striking Gothic building has a serene vaulted interior with colourful stained glass windows. Catch the famous choral evensong or daily services, or just wander inside to appreciate its architectural allure. Southwark Cathedral, London Bridge, SE1 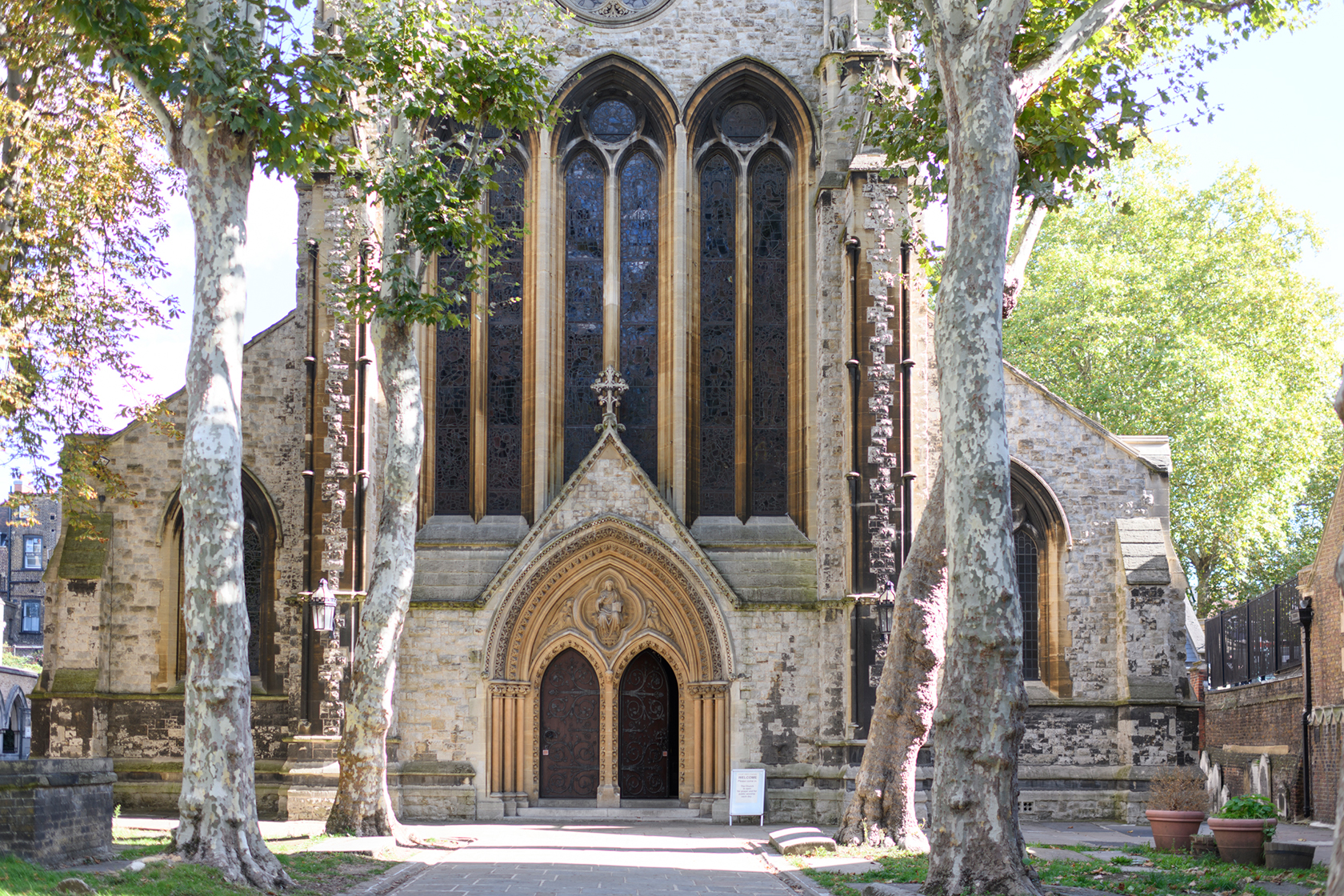 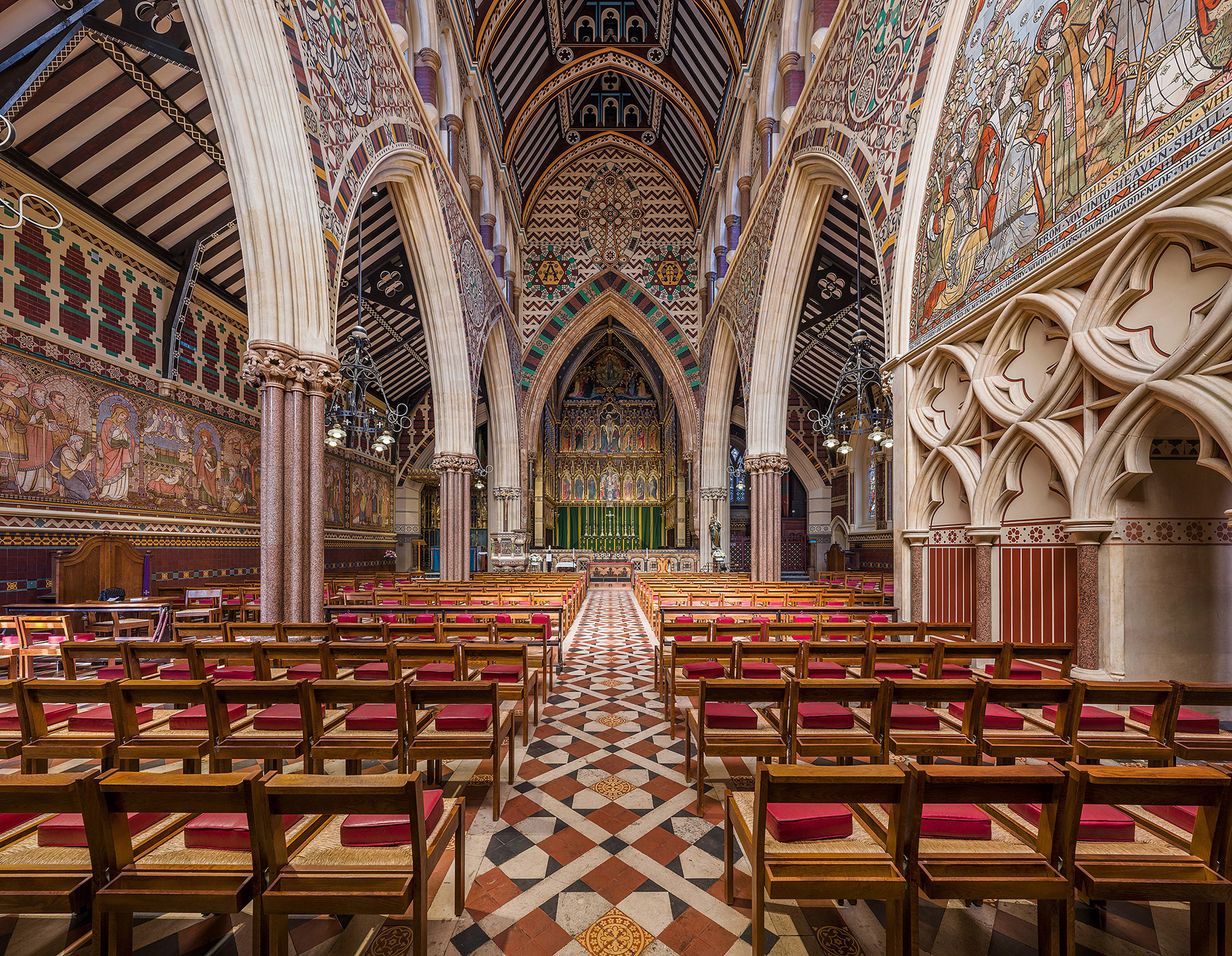 A gem of a London church in Fitzrovia, High Victorian Gothic Revival-style All Saints, Margaret Street dazzles with bold red and black brickwork, a spire and ornate interiors. A Grade 1-listed Anglo-Catholic church, it opened in 1859 and was architect William Butterfield’s masterpiece. The decoration inside is especially fabulous, from patterned tiled floors to painted ceilings, friezes and gilded timberwork. Tucked away behind Oxford Street, it provides a peaceful alternative to retail therapy. All Saints, Margaret Street, 7 Margaret Street, W1 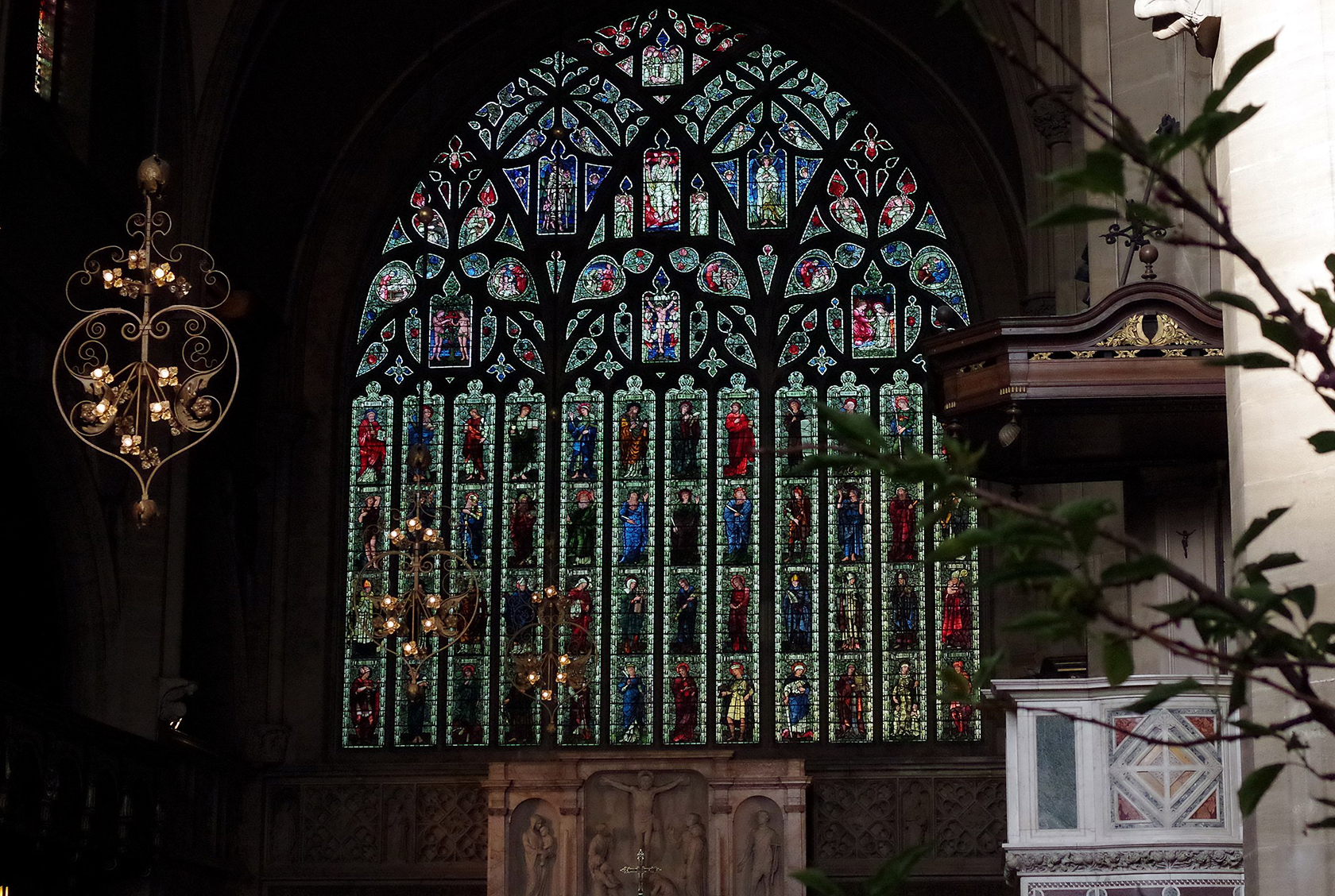 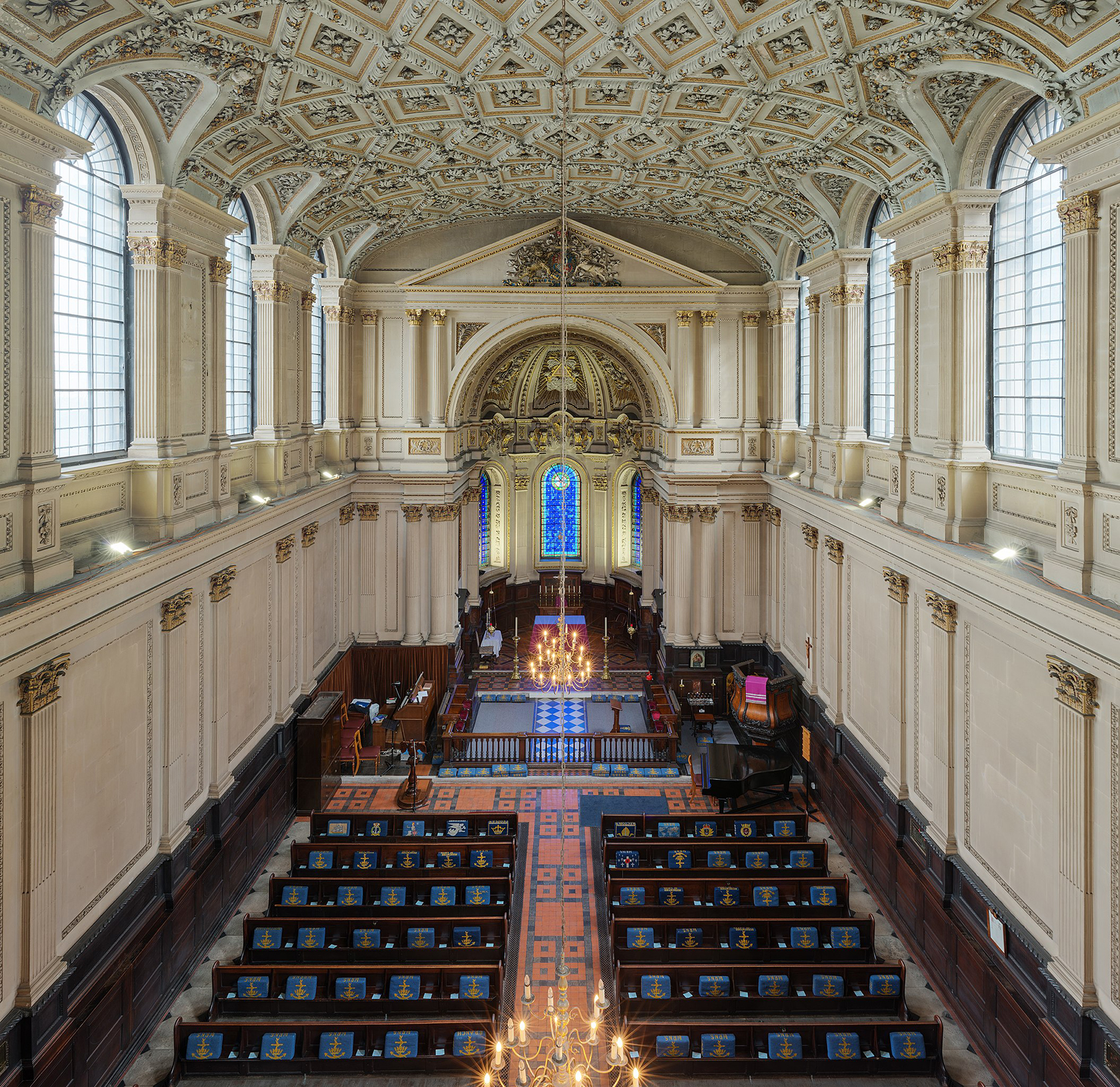 Unexpected beauty in the middle of the Strand (credit)

Often said to be the loveliest Baroque church in England, Italianate St Mary le Strand with its delicate spire was devised by architect James Gibbs and consecrated in 1724. It was one of many churches replacing those lost in the Great Fire of London. Near Somerset House, it’s considered the “Jewel of the Strand”, but is also an ‘island church’ in the middle of a busy road. Plans to pedestrianize the area will put the Anglican parish church at the heart of a new plaza. Community events include free jazz concerts and exhibitions. St Mary le Strand Church, Strand, WC2 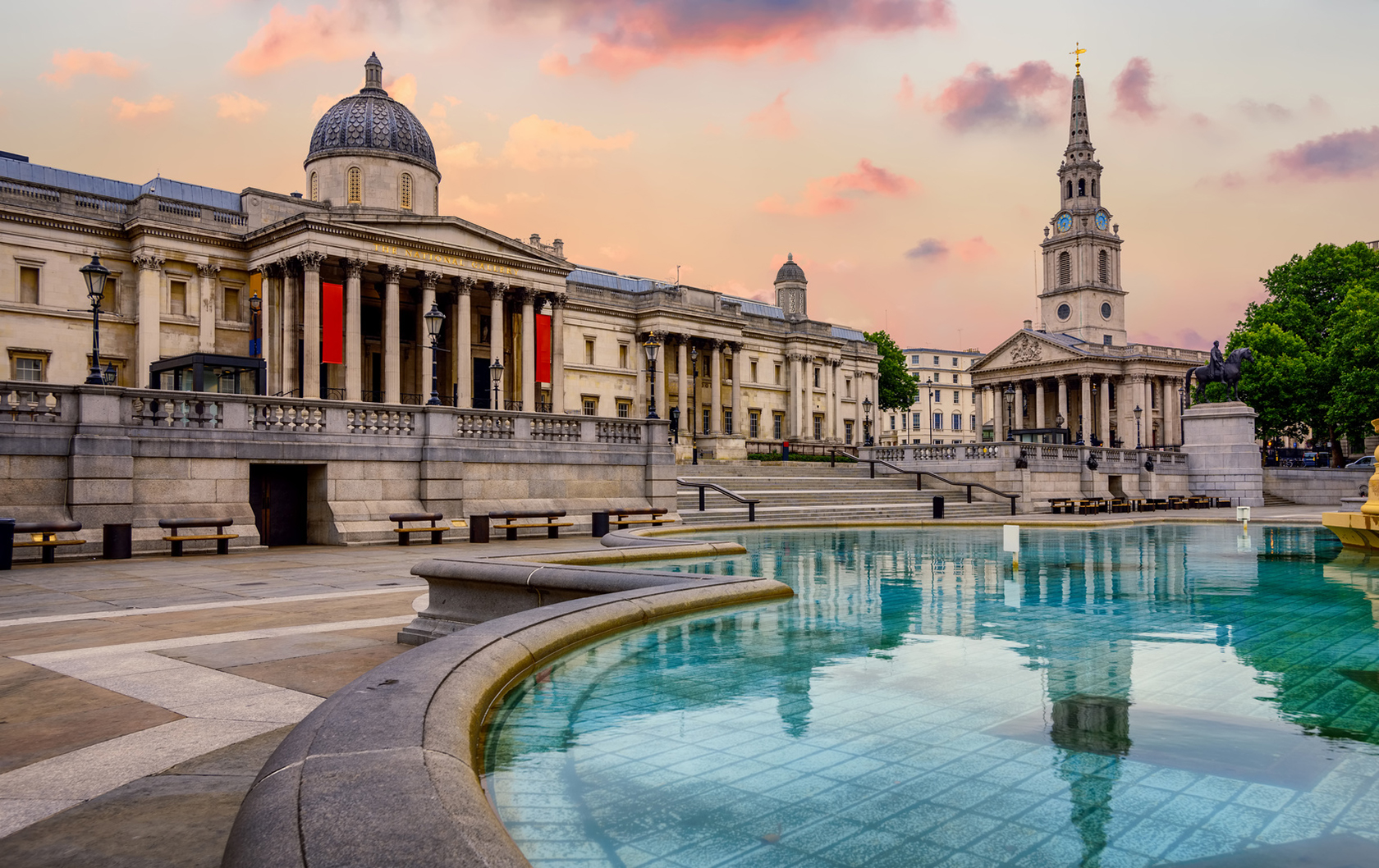 One of the most eye-catching London churches, St Martin-in-the-Fields occupies Trafalgar Square’s north-east corner, opposite The National Gallery. This 18th-century architectural beauty was designed by James Gibbs in Neoclassical, Palladian and Corinthian styles. It sports Greek-inspired columns, an impressive façade and steeple. In the vaulted crypt, a popular café hosts music and jazz recitals, including lunchtime concerts, supporting programs for the homeless. Literary mentions of the Anglican church crop up in novels by Dickens, E. M. Forster and George Orwell, and it appeared in the movie Notting Hill. St Martin-in-the-Fields, Trafalgar Square, WC2

Posted on Friday, January 14th, 2022 at 11:47 am in See & Do. You can follow any responses to this entry through the RSS 2.0 feed. You can skip to the end and leave a response. Pinging is currently not allowed. 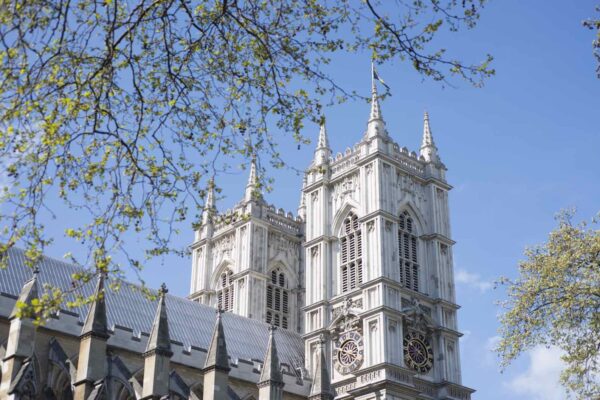 9 Examples of Stunning Architecture in London 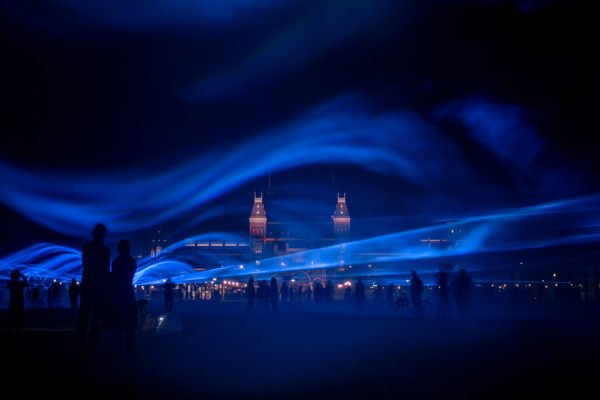 London in the Springtime