Stunning throughout, St. Paul's Cathedral stands as a testament to centuries of British history and historic events. From the bottom crypt to the towering domed ceilings that can be admired from miles away, this landmark will impress and in 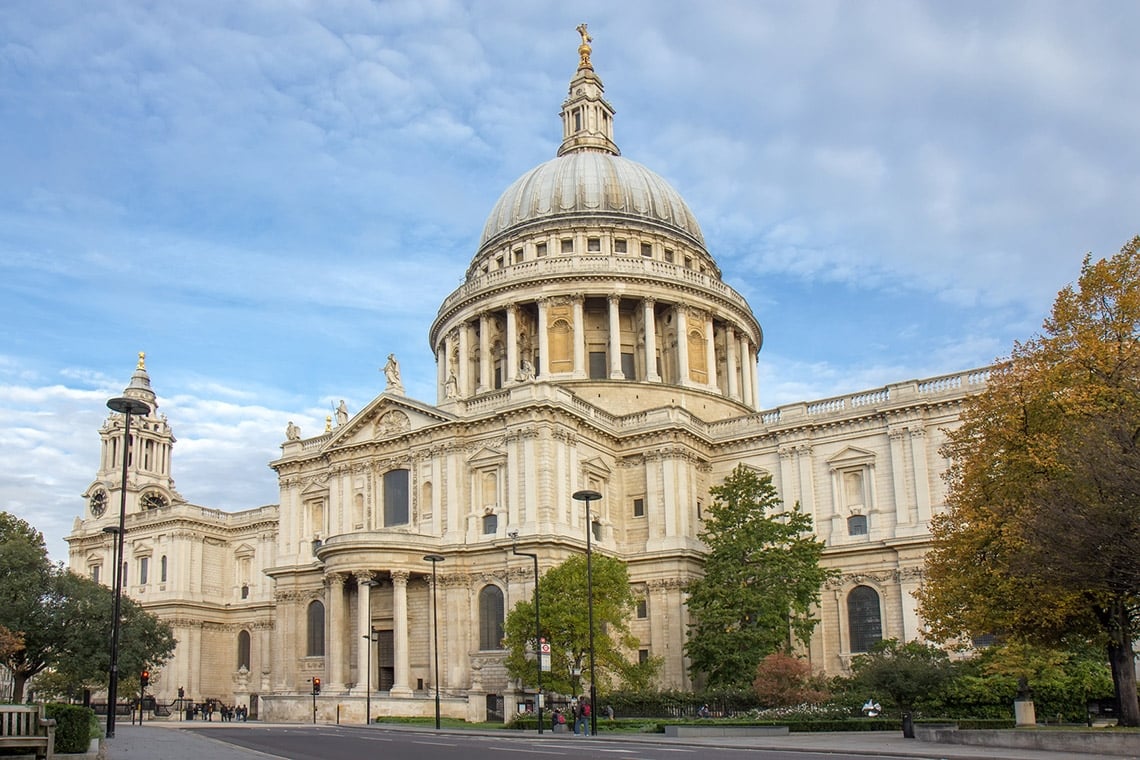 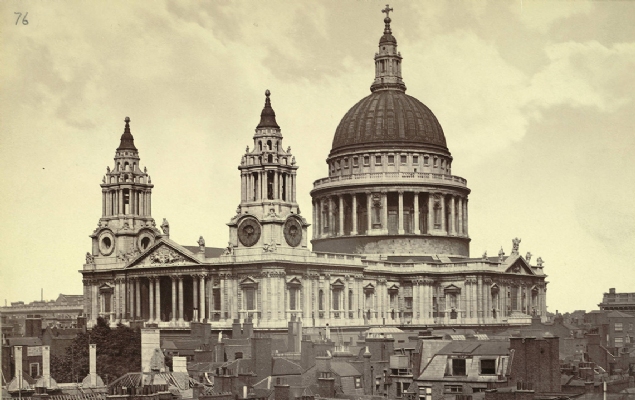 While St. Paul’s Cathedral dates back to an original church that was established in 604, the current structure was built around 1675 by Christopher Wren, one of the most famed architects in history.

It should come as no surprise that given this stately presence, St. Paul’s Cathedral has been the home of some of the most notable events in British History. It was the site of the wedding of Princess Diana and Prince Charles in 1981, as well as the site of the funerals of legendary British figures including Winston Churchill, Margaret Thatcher and the Duke of Wellington.

It also serves as the final resting place for iconic London residents as well, including the chapel’s designer, Christopher Wren himself.

Outfitted with countless historic statues, galleries and artistic works, the chapel remains as inspirational and towering as it was more than 300 years ago when it was first erected. 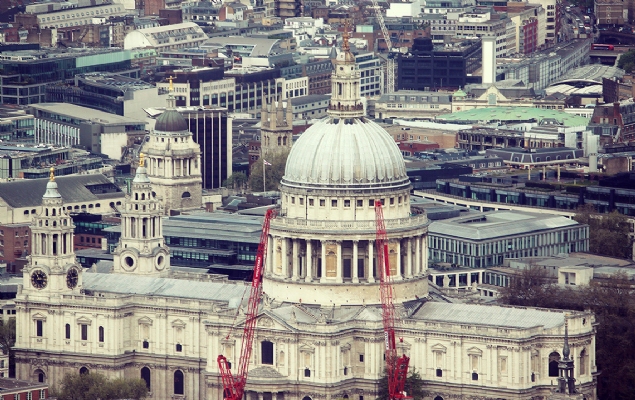 The English Baroque style Chapel stands 365’ ft. tall, and is also located at one of the highest points in London, which adds to its already lofty presence. The dome itself is 278’ ft. tall and 112’ ft. in diameter which helps cement its reputation as one of the largest – and grandest – domed structures in the world.

People who pay a visit will be able to explore numerous aspects of St. Paul’s, from the bottom floors to the dome above. At the top of 560 steps is the Whispering Gallery, where expansive views of the cathedral’s interior can be admired. On the lower level lies the crypt which serves as the final resting place for a number of notable London residents. In between these two levels are a number of additional galleries, smaller chapels, and chambers for visitors, including a theater where a film that outlines the history of St. Paul’s can be viewed for in-depth insight into the story of the cathedral. 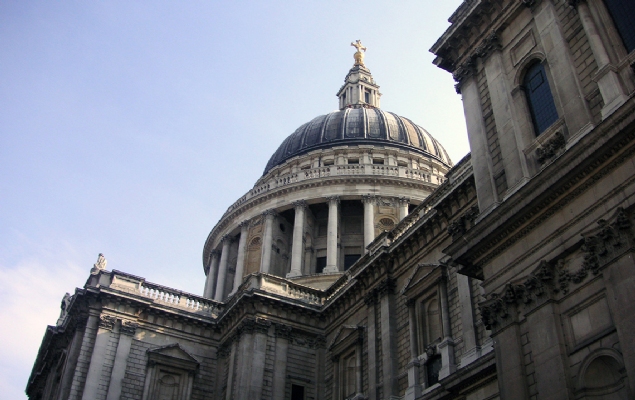 The doors of St. Paul’s open for sightseers at 8:30 a.m., and the interior galleries are open at 9:30 a.m. The last tickets of the day are issued at 4 p.m., 30 minutes before the Cathedral closes for visitors.

St. Paul’s Cathedral is open Monday through Saturday for visitors, and is closed on Sunday for services.

St. Paul’s is remarkably close to the West End Theater District, as well as a number of attractions located just across from the Thames. Visitors can cross the Millennium Bridge to access the Tate Modern as well as Shakespeare’s Globe Theater, and will also find several river cruises that launch from Blackfriars Pier, just a short stroll away. The Museum of London is also in the area, and is a couple minutes’ walk away from the St. Paul’s Station.

St. Paul’s is situated in central London, and is close to the West End, the London Stock Exchange, and a number of other bustling and modern day landmarks.

The closest Tube station is appropriately St. Paul’s, which is located on the Circle (or Red) line. Visitors can also access the site via the nearby Blackfriars Station, which is accessed via the Circle and District lines.

Spellbinding from the lower crypts to the iconic domed top, St. Paul’s Cathedral is an architectural wonder that continues to fascinate visitors from all over the world. Pay a visit to this London landmark, and discover a wealth of British art and history from the ground up.