Renowned as the site of coronations, royal weddings and burials, Westminster Abbey is truly located within the royal heart of Britain. This famed cathedral that's been a focal point of the royal family for roughly 1,000 years still fascinat 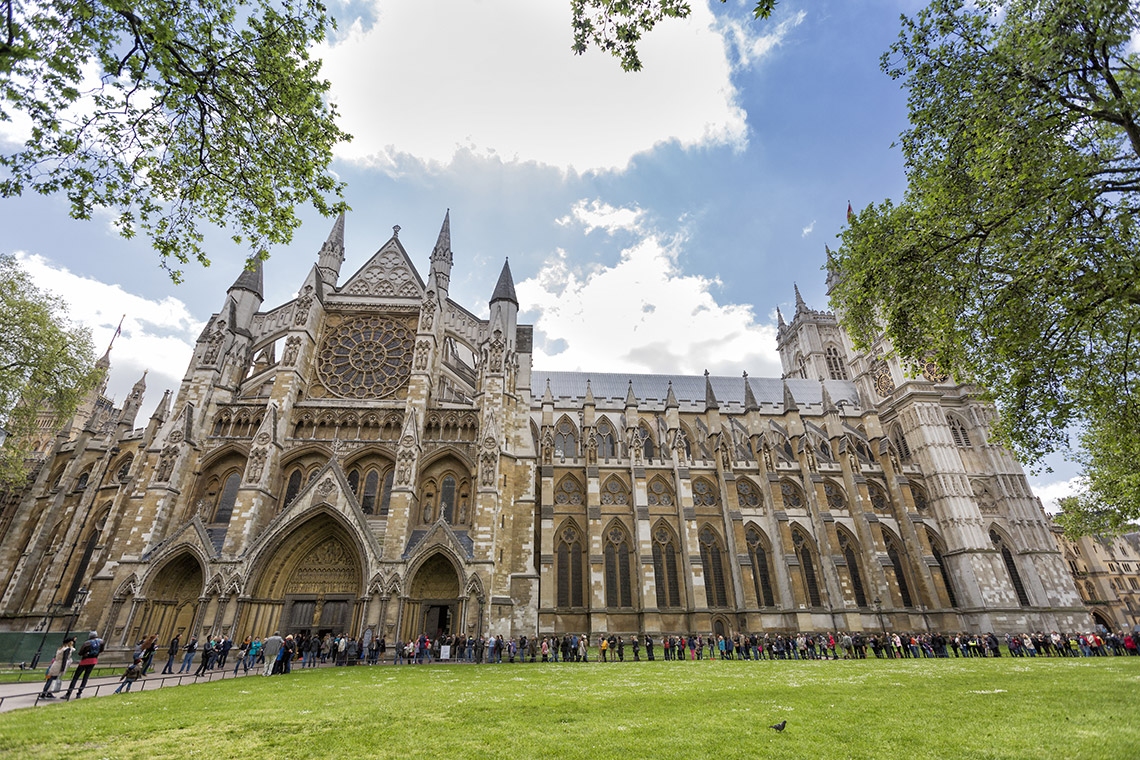 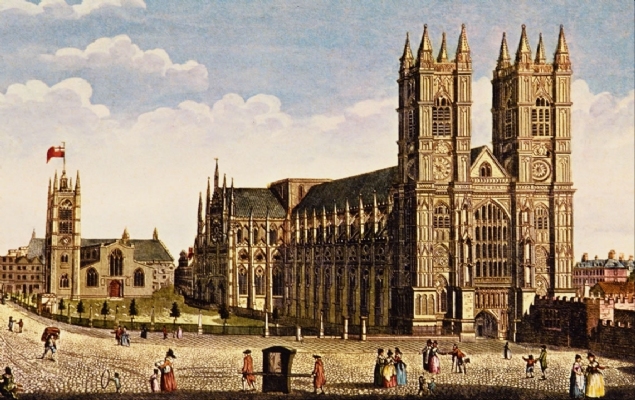 While the site where Westminster Abbey stands has been occupied by a royal church since the 7th century, the current gothic structure was built in 1245 by Henry III, who also used the church as the site of his burial. Embraced as the venue of grand royal affairs, the cathedral remained relatively unchanged until the 18th century, when the two Western towers were constructed between 1722 and 1745.

Since the 1066 ascension of King Harold and William the Conqueror, every English monarch has been crowned at Westminster Abbey. The throne where kings and queens sit upon during this ceremony, King Edward's Chair, is housed within the Abbey as well in St George's Chapel. The Abbey has also been the site of a number of royal weddings, particularly in the last century. Most recently, it was the wedding ceremony site of Prince William and Catherine Middleton in 2011.

Westminster Abbey is arguably most famous among visitors for its interred, as it is recognized as a great honor to be buried within the expansive chapel. A number of kings and queens are buried there, including Henry II, Henry VII and Queen Elizabeth I, and many famous history makers are buried there as well, including Geoffrey Chaucer, Sir Isaac Newton, Charles Dickens, Robert Browning and Charles Downing.

Today, visitors can tour the individual tombs – as well as the gracious ceremony sites – with a thrilling and in-depth tour of the interior. 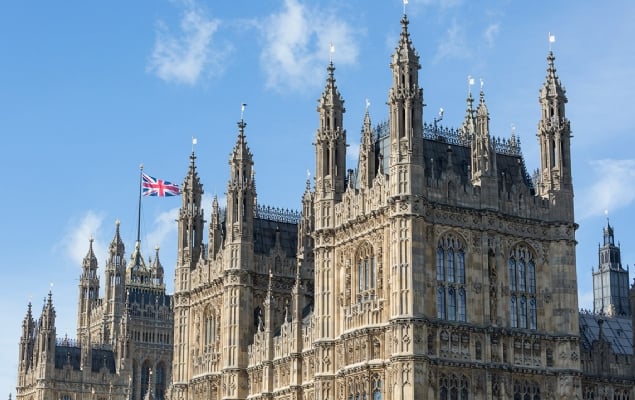 Westminster Abbey extends for 32,000’ square feet, with towers that reach 225’ ft. high. The interior features the grand hall, or “Nave” and a bordering sanctuary, and from there, the building features unique components that serve as burial sites, cloisters, chambers, and / or all of the above.

Sites of note within the extensive chapel include the Poet’s Corner which is the final resting place of England’s most famous literary minds, Henry VII’s Lady Chapel, The Shrine of St. Edward the Confessor, and The College Garden. 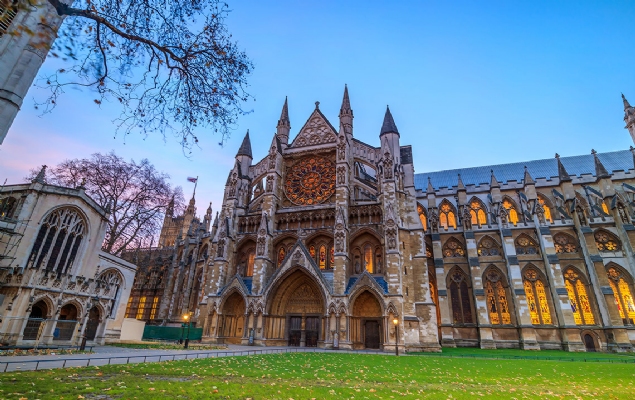 Westminster Abbey is open throughout the year from Monday to Saturday, 9:30 a.m. until 3:30 p.m. The abbey is only open for services on Sunday, and the last admission for visitors is one hour before closing time. In the winter months, (September through May), the Abbey extends its hours on Wednesdays until 6 p.m., and has limited hours on Saturdays until 1:30 p.m.

Located on the fringes of Westminster Palace, the Abbey is close to a myriad of must-see attractions. Big Ben and the Houses of Parliament are located just steps away, as are Churchill’s War Rooms, Westminster Bridge and St. James’s Park. In addition, family friendly attractions including the London Eye and the Sea Life Aquarium are also close by, just across the River Thames.

Westminster Abbey is close to the edge of the Thames, and is situated just behind the expansive Houses of Parliament and Big Ben.

The closest Tube stop to Westminster Abbey is the aptly named Westminster, which is just north of the site, and which can be reached via the Circle, District and Jubilee lines. St. James’s Park Station, which is also on the Circle and District lines, is reasonably close as well.

The final resting place of legends and kings, and the most famous wedding venue in the world, Westminster Abbey is an iconic spot in the heart of London. Visit the hallowed halls where centuries of monarchs were crowned for an inside glimpse into the royal legacy of British history.