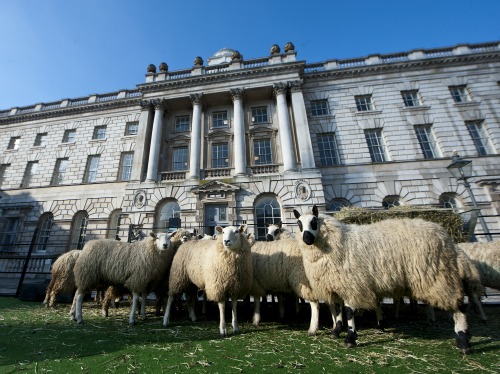 Terribly useful things, sheep. Tasty when roasted or stewed, good at keeping the grass short and that woolly stuff on their backs, called, ermmm… wool? Well, one could wax lyrical on the fabulousness of its qualities once shorn from the sheep’s back. It’s sustainable, hard-wearing, cool in summer, warm in winter, has marvelous wicking powers … small wonder it became the backbone of Medieval England’s economy. 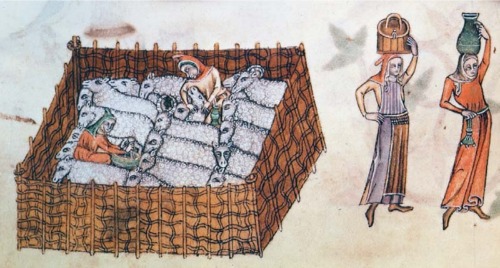 Medieval representation of a sheep pen from the Luttrell Psalter

Wool still holds quite a bit of economic weight today, what with a multi-billion pound fashion industry, never mind furnishings and craft-related pursuits to consider. This probably explains why various Wool Boards from around the world – including the UK, Australia, New Zealand, Canada and USA – have all bandied together to promote the stuff. Cue the Campaign for Wool. 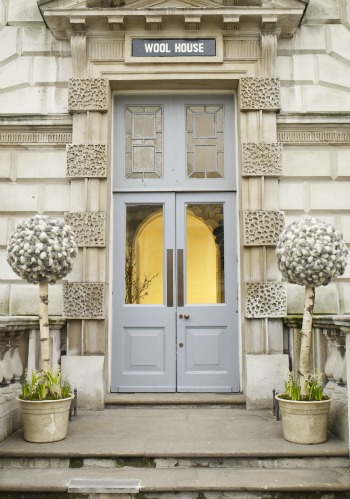 Step into a woolly wonderland at the Somerset House

And wow. They’ve certainly done it in some style with Wool House at Somerset House. And they’d have to with H.R.H. Prince Charles as patron. This pop up runs from March 13-24, 2013 and is open to the public as a stunning showcase for both British and international wool-based textiles. And there’s nary a dodgy aran jumper in sight.

The only acceptable form of aran jumper, courtesy of Josephine Ryan

Think instead of your classic Savile Row suits or maybe a more contemporary piece by Richard Nicoll. 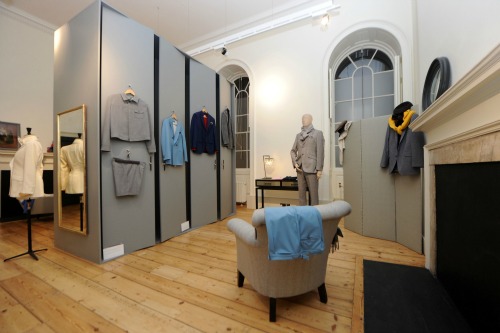 Fashion on display at Wool House

If World of Interiors is more your thing then you’ve many a treat to enjoy. Top interior designers like Mary Fox Linton, Anna Kyrrö-Quinn and Josephine Ryan have styled rooms and together have created a sleek and woolly-inspired home. 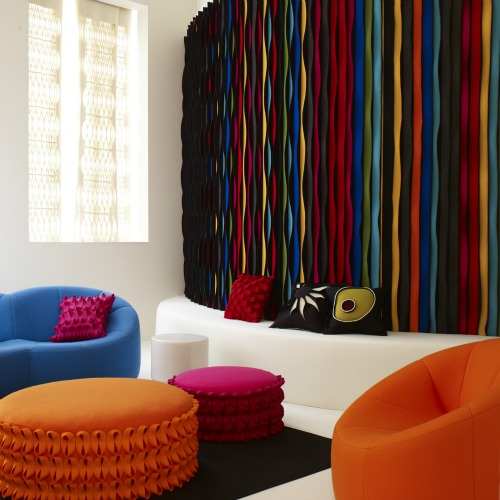 Craft has its very special place, too. Weaver Jason Collingwood has an open studio for the duration whilst Claudy Jongstra’s vivacious tapestries are a striking demonstration of wool’s creative potential. 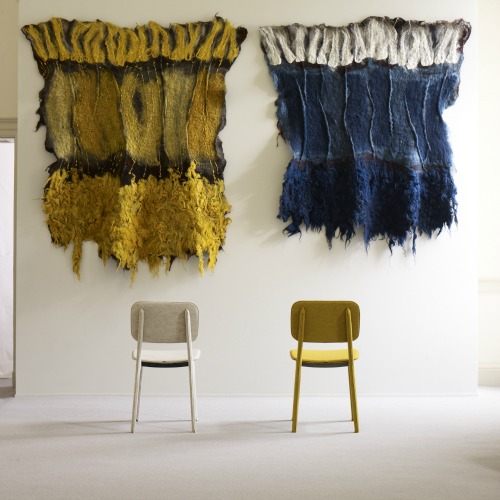 For those attendees keen to learn some new skills or enhance some old ones, there’s an exciting programme of classes like knitting, darning and crochet.

Yes. EXCITING. Black is so not the new black this season. Darning your own socks with neon wool? Crocheting a detachable collar to geek-chic a T-shirt? Now that’s bang on trend.

As for my personal highlight at Wool House, well, you can’t go far wrong with a 6 foot-tall crochet bear. 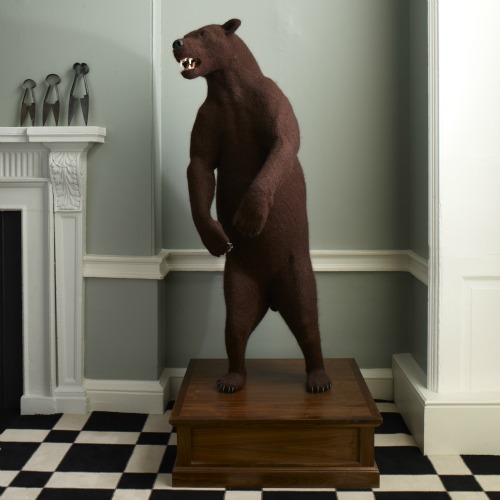 Crochet in the wild …

Images: Courtesy of the Campaign for Wool

Posted on Wednesday, March 20th, 2013 at 6:00 pm in London Events. You can follow any responses to this entry through the RSS 2.0 feed. You can leave a response, or trackback from your own site.

Get into the Holiday Spirit at Somerset House this Winter 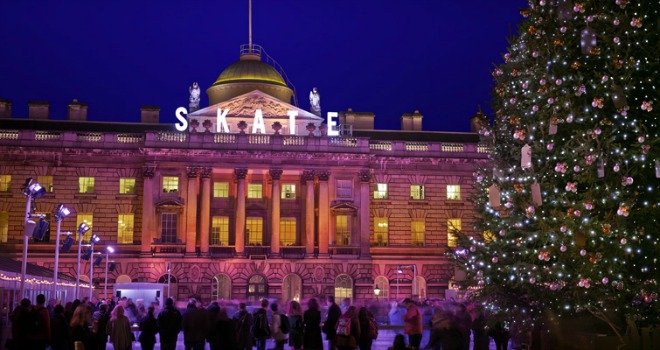 One Response to “Wool House at Somerset House in London”