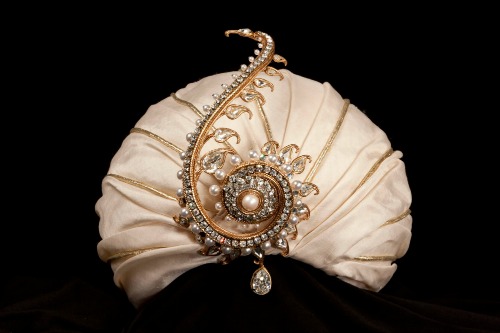 It is going to be a rather elegant summer. Along with the usual sartorial fanfare of Royal Ascot and the summer wedding season, Kensington Palace has an additional treat for us. And I’m not just talking about the pending arrival of the Duke and Duchess of Cambridge’s little baby (Ooooh the chic maternity wear! Ooooh what will the tiny one be wearing?).

Beginning July 4th the Fashion Rules exhibition will display 21 frocks sported by three of the 20th century’s most famous women – Queen Elizabeth II, her sister Princess Margaret and Diana, Princess of Wales. Now this is certain to set hearts a racing amongst both fashionistas and royal watchers. 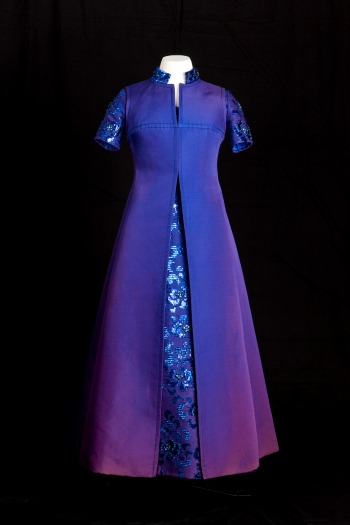 Starting with some of Elizabeth’s and Margaret’s dresses from the 1950s we’re then led through Margaret’s ensembles of the 1960s and 70s before delighting in Diana’s outfits from the 1980s. Even those who shudder at the memories of a surfeit of shoulder pads and ra-ra skirts will enjoy the colors and vivacity. 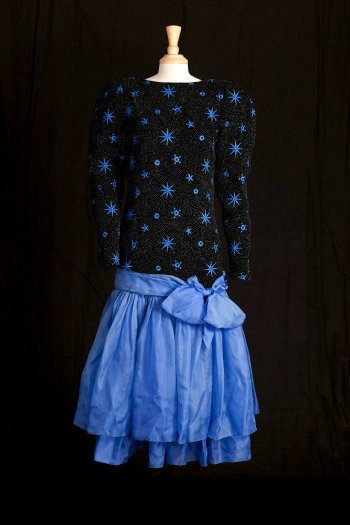 Dance dress, Jacques Azagury, 1985. Worn by Diana, Princess of Wales for a dinner given by the Mayor of Florence, 1985

But these aren’t simply clothes that were thrown on of a morning, picked from a jumble at the bottom of the wardrobe (ahem. Not that I would know of such things). The amount of consideration and strategy that went into the designs is rather spectacular. So you’re a well-dressed woman, the sartorial envy of all who know and behold you. There’s a lot of effort that’s gone into reaching such a level. Now imagine you’re a well-dressed lady who might be ruler of nations and a Commonwealth of millions, or maybe you’re the sister or daughter-in-law of said ruler. And the cameras of the world’s press document every move you make, ready for billions of people to watch and look at. 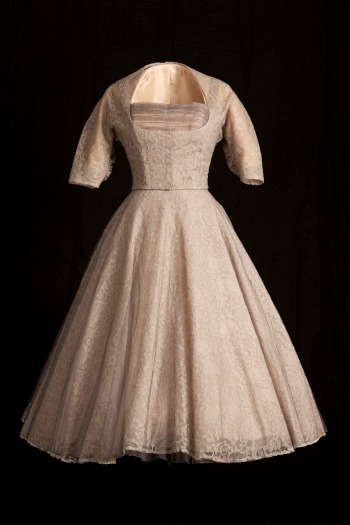 There’s just a teensy bit more pressure there, eh? You really don’t want to mess this up with a fashion faux pas of epic proportions. You want to look amazing and will use some simple but clever tricks to do so. In addition you couldn’t get a much better platform for promoting local fashion and setting trends that suit one’s figure best.

Take the Queen and an example of a simple but clever trick. Her frocks from the 1950s are in paler hues as film in those days was all in black and white (for those younger London Perfect readers, those were the days when dinosaurs also walked the earth. FACT) and she needed to stand out against the darker backdrops of say, crowds. The visual contrast on all those Pathé newsreels in cinemas of the day must have been very striking to her subjects. 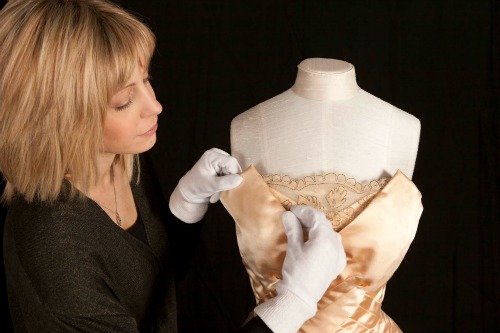 You see? Clever but simple.

As for British Fashion, well in the 1950s the Queen was all about Hardy Amies and Norman Hartnell, with nipped in waists and full skirts inspired by the New Look of Christian Dior. By the 1960s Margaret was the trendsetter, dabbling in Mary Quant-style looks and in the 1980s Diana’s penchant for the likes of Murray Arbeid were absorbed and imitated by legions of admirers. 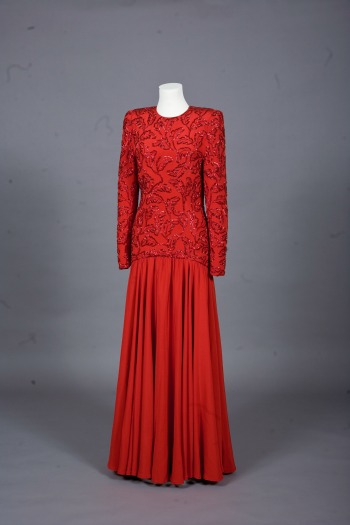 So get thee to Kensington Palace to marvel at the luscious fabrics, the exquisite embroidery and sigh-worthy elegance. Wonderfully, the Palace is only a leisurely stroll from London Perfect’s Hornton, Cornwall, Queensgate or Gloucester apartments. What a marvelous way to spend a day and consider how successfully the Duchess of Cambridge is following in the sartorial footsteps of her in-laws.

PS: If you’re planning a visit to Kensington Palace during your stay in London, it is just one of the top sights with free entrance and  skip the line access with the London Pass. Enjoy free entry to over 60 top London attractions, skip long lines at many sights, and get the most out of your time in London with unlimited travel on London transport, a guide book and discounts at restaurants and shops with your London Pass! Find out more about our 10% savings on the London Pass here.

Posted on Wednesday, June 12th, 2013 at 2:31 pm in London Events. You can follow any responses to this entry through the RSS 2.0 feed. You can leave a response, or trackback from your own site.