The Proms at the Royal Albert Hall 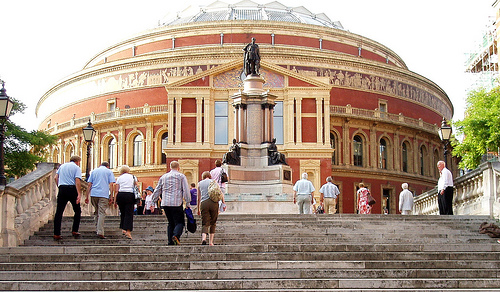 The Royal Albert Hall, home to the Proms since 1941

The sun is shining upon London town. We Londoners do a very good line in parks and gardens in which to revel during the summer season. But we also do culture, in a rather big way. And summer means the start of the Proms (July 12th – September 7th) at the Royal Albert Hall, arguably the world’s most famous classical music festival. 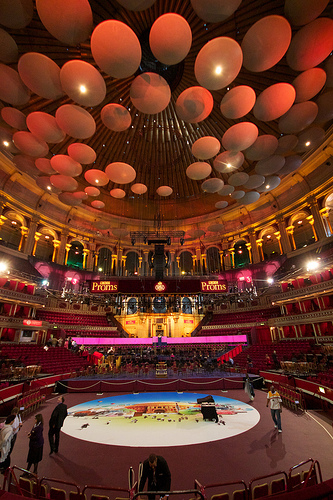 The 1960s acoustic system in the Royal Albert Hall that would not look amiss in a science fiction movie.

To show just how special it is, here’s a clip with David Attenborough (amongst others) speaking with the delight and enthusiasm of a schoolboy about the fabulousness of the Proms:

The Proms are a bit of an institution. They have been running since 1895 and from 1941 their home has been the Royal Albert Hall, which is close to our London Perfect pads situated in South Kensington like the Queensgate, Cornwall and Salisbury. The impresario Robert Newman along with the talented and ebullient Henry Wood established the Proms with the express aim of providing quality classical music–both old school favourites and exciting contemporary stuff–to all. 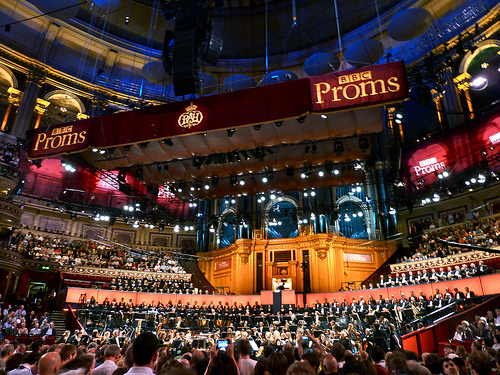 The First Night of the Proms. Makes your spine tingle just to look at it.

This significant raison d’être ensures that even today the cheapest tickets are a mere £5, ensuring as wide an audience as possible to see some of the world’s best performers. Not a bad deal, eh? What’s even more marvelous is that for the aforementioned princely sum of £5 you get to be part of a fun tradition: the act of Promming. This verb, as well as the Festival’s name, hails from the events’ original 1895 title ‘Mr Robert Newman’s Promenade Concerts’. 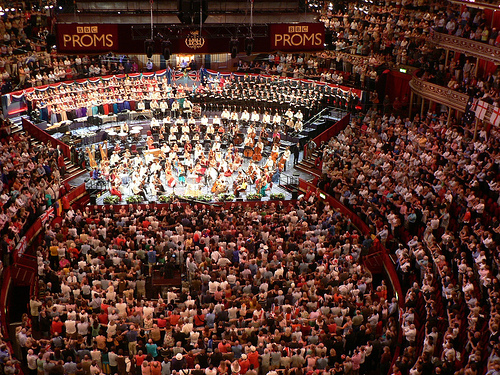 Promming. The civilized way to mosh.

So just what is Promming? And therefore what is a Prommer? Prommers are part of an intimate group of up to 1,400 that watch the concerts in the Arena or Gallery area of the Hall. These spaces are standing room only but you’re within spitting distance (although please don’t actually spit. It’s neither polite nor hygienic) of the orchestra. You can book your tickets in advance of your chosen concert (both of the promming and seated variety) it’s also possible on the day in question to just wander up to the Albert Hall and hand over a £5 note.

Promming is a a very special experience with many veteran Prommers going so far as to declare the thrill and the camaraderie as a superior to anything found in one of the Hall’s private boxes. 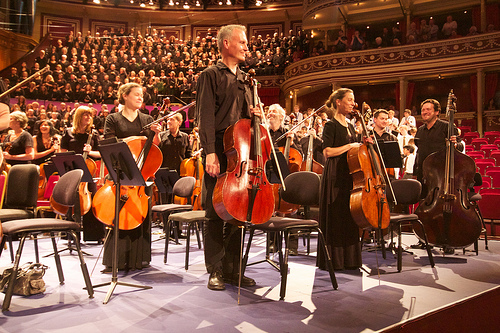 Orchestra AND choir. What a monumental treat that will be.

If you manage to attend 5 concerts as a Prommer then hold on to your tickets stubs. You’re then in the running to bag yourself a ticket in the lottery for The Last Night of the Proms. 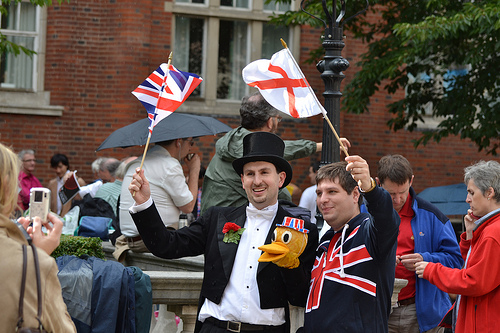 Prommers queuing for the Last Night of the Proms. Top hat and Union Jack… what a sterling sartorial combination.

Oh, the Last Night of the Proms. This is a night brimming with Britishness. Union Jacks bedeck most visible surfaces, attendees often don very smart evening wear topped with Union Jack hats and the music… ah, the music! I feel goosebumpley just thinking about it. This final concert finishes off with renditions of Rule, Britannia!, Jerusalem, Elgar’s Pomp and Circumstance March No. 1 in D major  also known as Land of Hope and Glory  and the National Anthem arranged by Benjamin Britten.

Yeah gods. It makes one thoroughly proud to be British. We’re not normally ones for wearing our national pride on our sleeves. In all honesty, we Brits struggle a bit with public displays of emotions but if it’s under the guise of high culture with a chance to wear a silly hat and bellow along to some of the most rousing and stirring music know to man (yes, KNOWN TO MAN) then we will make an exception and be emotional with gusto.

So get along to the Proms. Join the Prommers. See what all the fuss is about. And I look forward to seeing you at the Last Night bedecked from head to toe in some sort of Union Jack affair, bellowing along with the best of them. 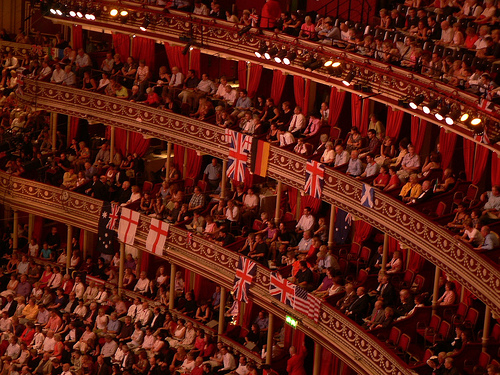 The Last Night of the Proms. Let there be Union Jacks! Let there be Pomp and Circumstance! And let there be all things British and Good! Huzzah!

To get you in the mood I’ll leave you with a bit of music that seems apt for the London Perfect Blog, Vaughn William’s A London Symphony. Enjoy!

Posted on Thursday, June 13th, 2013 at 9:32 am in London Events. You can follow any responses to this entry through the RSS 2.0 feed. You can leave a response, or trackback from your own site. 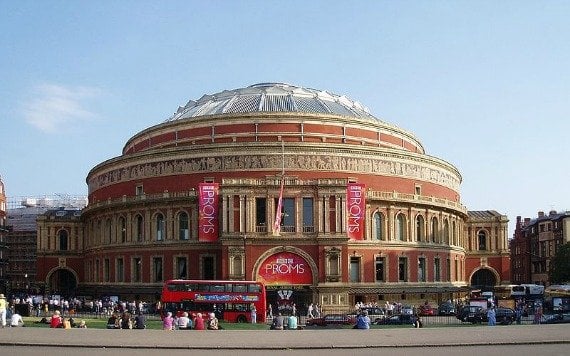