Discover London on a Bus Tour! 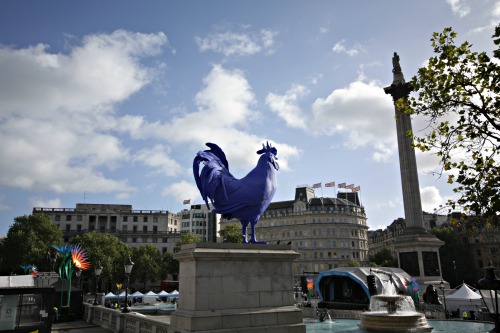 Trafalgar Square from the top deck of a London Tour Bus. Not bad, eh?

I’ve been living in London for a good long while now. Every time I head to the West End, the City of London, Chelsea or Kensington, I’m always slightly baffled by the incredible number of open-top tour buses and associated tourist passengers that throng the areas. I’m not alone. Ask anyone who’s lived in London for longer than 6 months about the open-top tour buses and you’ll likely be met with a bit of confusion.

And yet, and yet … every year millions of visitors make a beeline for these charabancs of delights. They can’t be that naff otherwise they would have failed horribly as a business venture ages ago. We’ve already shared about how the London buses are a wonderful way to travel around London, but there’s always something new to discover in London. 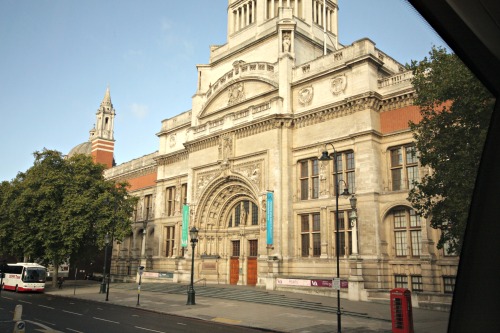 One of the London’s cultural gems, the Victoria and Albert Museum. Plus a postmodernist corner of a bus window frame in the top right of the photo.

So in the spirit of professional curiosity, I got up one cool, autumnal Sunday morning donned many layers of wool and thermal fleece and set off to hop aboard one of these vessels.

Ladies and Gentlemen, WHAT A REVELATION. 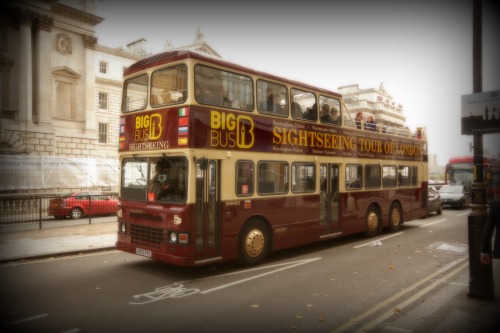 My Charabanc of Delight. And what a delight it was to tour around London in style.

It was totally ace.

I don’t think this post should just be for our regular readers but for resident Londoners. You tourists have been on to a winner for years and, you crafty people, rather than hiding it away have been flaunting it under the noses of 8 million Londoners. We’ve been utterly oblivious. 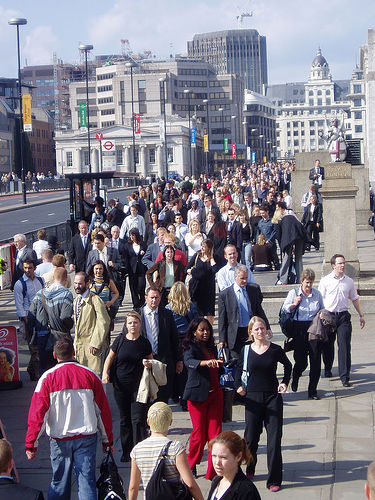 Busy Londoners oblivious to the delights of an open top bus tour.

But back to my professional field trip … there are quite a few companies that provide these bus tours so I picked one at random; the Big Bus. You get headphones and a charmingly informative commentary – in an incredible array of languages – to accompany the sights and sounds of modern London.

For instance, whilst driving through Knightsbridge (originally an 11th-century village that was swallowed up by the expanding metropolis in the 19th century) I learned that the name comes from the legend of two dueling, medieval knights meeting upon a bridge. OK, so the clue is in the name but when you look at these places every day, hear these names every day, you don’t really think about their fascinating origins. I also bet those two knights could never have imagined the likes of Harrods and Harvey Nichols coming to the village. 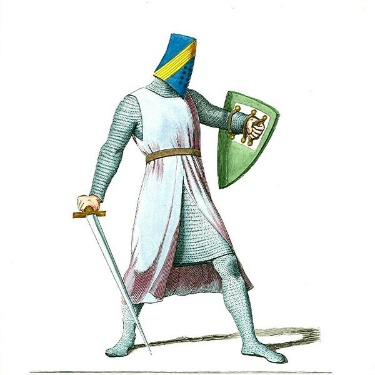 Not someone you want to be sharing the queue with when the Harrods summer sale is on.

What I loved about the tour was how it made London feel surprisingly cosy. The Tube is a marvelously efficient bit of infrastructure but it completely disconnects you from the distances in the city space above. A prime example is the number of people who take the tube from Piccadilly Circus to Leicester Square. On a good run, this one-stop effort will take you about 15 minutes including ticket gates, escalator, steps, trundling train journey, lifts.

The bus tours also help diminish the culture shock you also get from the tube. By that I mean the incredible architectural and social contrasts between say the City of London and West London, which emerging from a darkened tunnel only serves to enhance. On the bus the grand architecture of Mayfair merges into the magnificent houses of Belgravia, which in turn become the softer, more domestic spaces of Notting Hill and so on. It’s all connected and actually quite walkable, or Bike-able. 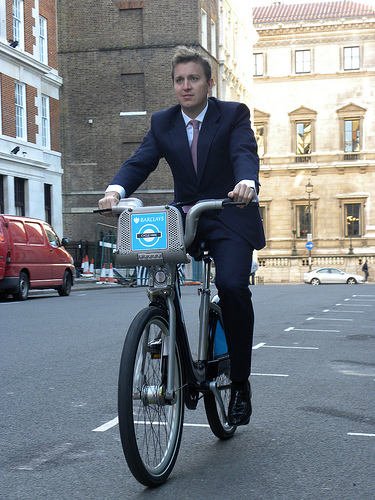 Boris biking in style around London, once you know your way around. Which you will as you’ll have taken a trip on an open-bus tour.

All of sudden you understand why the characters of Dickens’ novels constantly talk about walking around London. That’s because you can so it’s a good thing that the bus tours have a hop-on hop-off element to them. And a ticket that lasts two days. So if there’s something that takes your fancy and you want to have a longer linger or a more in depth exploration on foot, you can. 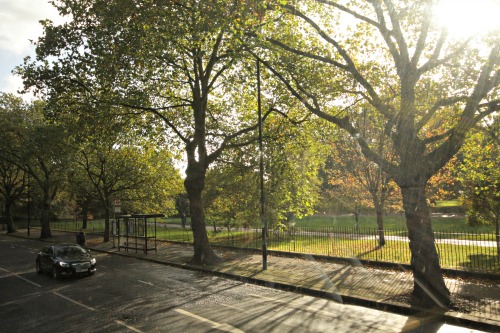 A beautiful Hyde Park from the top of a Big Bus.

What’s also super useful is that so many of the hop-on hop-off stops are a short stroll from many of the London Perfect properties, like the Cornwall, Rockingham and Hornton. The buses are a fantastic way to get your bearings, check out the main sights like Buckingham Palace, Big Ben, Oxford Street, the Tower of London and then decide where to investigate next.

Welcome to this little village we call London.

Posted on Monday, November 25th, 2013 at 4:42 pm in London Tours. You can follow any responses to this entry through the RSS 2.0 feed. You can leave a response, or trackback from your own site.