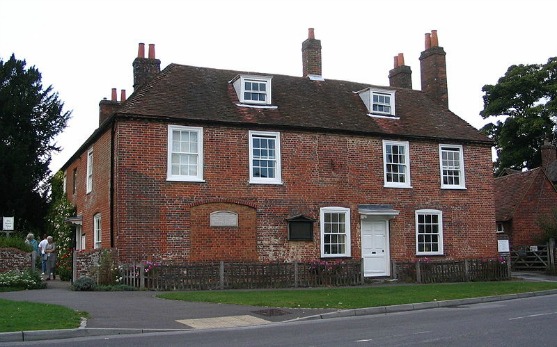 It is a truth universally acknowledged that a single museum in possession of a good collection must be in want of a visitor. Pray excuse my clumsy homage to Pride and Prejudice; I do so out of admiration for this great writer, and also to tell you exciting news for all Austen fans.

Starting this Valentine’s Day the Jane Austen’s House Museum will be displaying a rather special ring. A newly purchased turquoise ring belonging to its well known former resident and author of Pride and Prejudice, to name but one of her quintessentially British novels, will go on display in Chawton, her former house, and now a museum dedicated to her memory.

The Chawton house is where Austen spent the last eight years of her life. This is the place where Austen did the majority of her mature writing. It was in this house that she revised Pride and Prejudice, Sense and Sensibility and Northanger Abbey and wrote entirely Mansfield Park, Emma and Persuasion.

So how better to celebrate this news, then by playing my favourite Austen clip of all time, from the BBC adaptation of Pride and Prejudice from 1995. Be prepared to swoon, with Mr Darcy in that infamous white shirt:

Ahem. So back to this blog post … Chawton is a lovely village home from the 17th century. Throughout the year it is host to writing events, particularly to encourage young people to write.

As another aside, there was recently a high-profile campaign to have a woman, besides the Queen of course, on our banknotes, and Jane Austen will within a few years be replacing Charles Darwin on our £10 note.

To get to the museum, pop on one of the hourly trains to Alton from London Waterloo, then it’s a short bus trip to Alton Butts and a pretty walk in Chawton Village.

Posted on Friday, February 7th, 2014 at 11:27 am in See & Do. You can follow any responses to this entry through the RSS 2.0 feed. You can leave a response, or trackback from your own site.