Live music in London! Across the summer, the British Broadcasting Corporation (BBC) is running a packed schedule of concerts called The Proms, most of which take place in the sumptuous Royal Albert Hall in South Kensington.

These annual series of concerts, or ‘promenades’ as they were once known, began way back in 1895 as the brain child of Robert Newman, who sought to provide classical music to the masses at a reasonable price. Since then the Proms has run every year, including throughout two world wars, growing in size and scale so as to now include over 100 concerts and a rich diversity of music.

The Proms is still filled with British sentiment, famously expressed during the Last Night of the Proms, when ‘prommers’ have the chance to hear British favourites such as Jerusalem, Land of Hope and Glory, and Fantasia on British Sea Song, as well as, of course, the National Anthem. Inside the Albert Hall during the BBC Proms.

Nationalism aside for a minute, there is a special children’s Prom, an Americana Prom focused on jazz, classical, blues and country and a chance to see the National Youth Orchestra of Great Britain. At a special late night Proms you can also catch Paloma Faith, Laura Mvula, Rufus Wainwright or The Pet Shop Boys.

This year though, there is a special theme of World War I, this being the centenary of the start of the war. Look out for performances of Vaughan Williams and Mahler, R. Strauss and Mozart, and collaborating with the National Theatre, a version of Michael Morpurgo’s War Horse.

The BBC Proms run until September 13, with tickets often available on the day for a mere £5 – read here on How to Prom to find out more. Or, if you want a guaranteed seat then get online and get booking, this is a truly an experience to be part of in London!

(Image Credit: Outside the Royal Albert Hall by Snowman Radio, Inside the Hall by Yuichi)

Posted on Thursday, August 28th, 2014 at 4:42 pm in London Events. You can follow any responses to this entry through the RSS 2.0 feed. You can leave a response, or trackback from your own site.

The Proms at the Royal Albert Hall 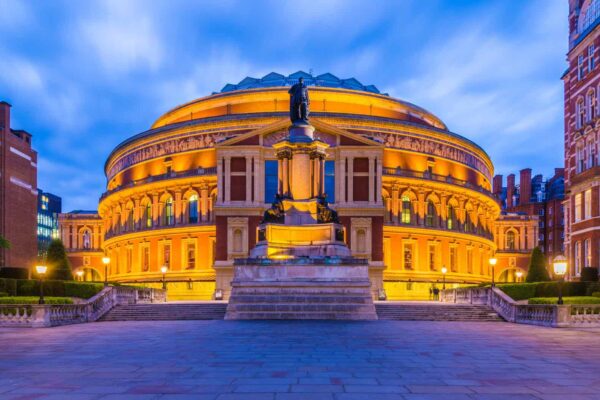 Strike A Chord: A Guide To Music In London