Everything You Need To Know About Pancake Day In London 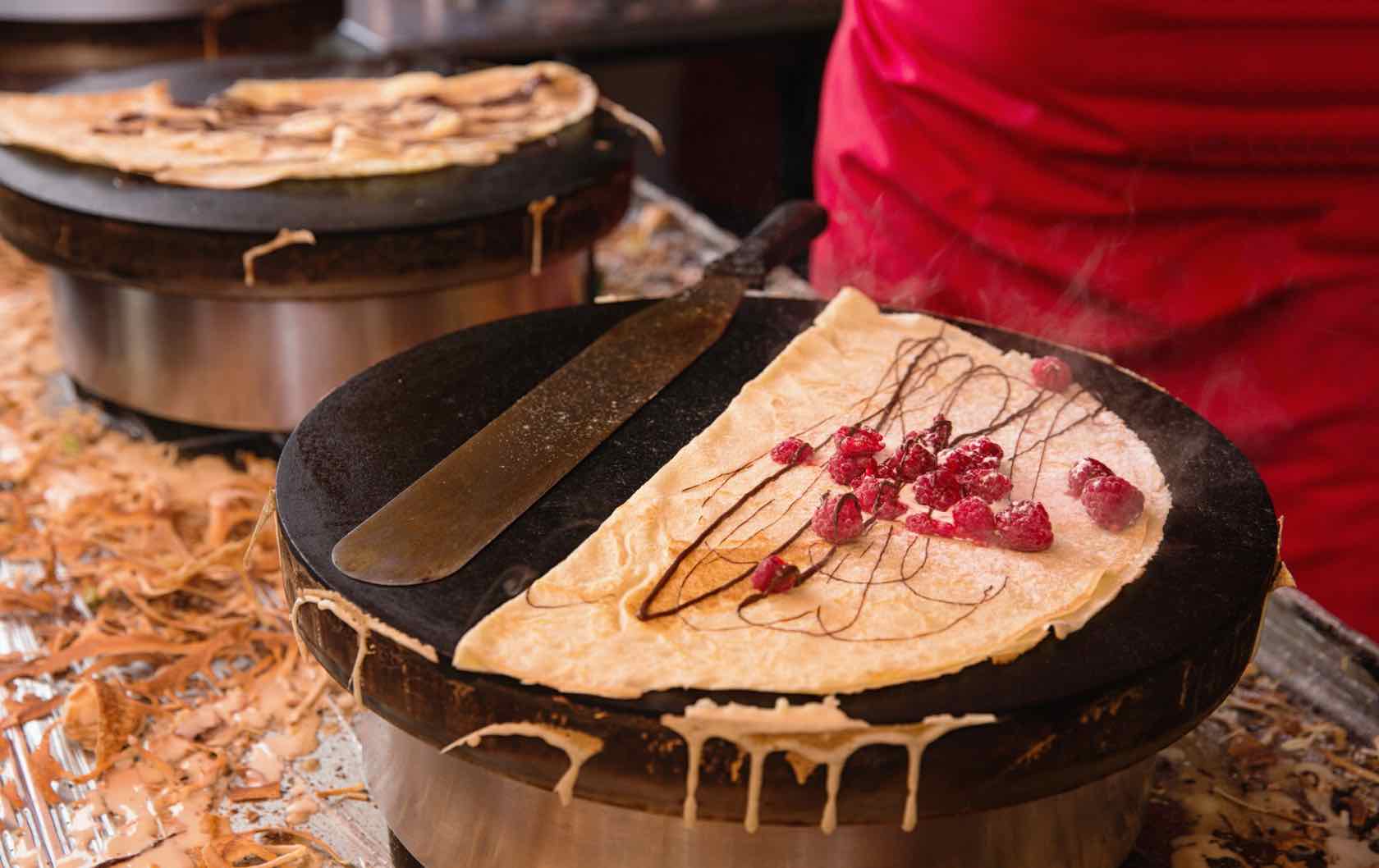 A day devoted to eating pancakes? Yes, it really is a thing! All across the United Kingdom—and other Commonwealth countries—Pancake Day (also known as Shrove Tuesday) is celebrated by eating pancakes. Here, we’re taking a look at the history and the story behind this fascinating feast-day tradition and showing you how you can enjoy it today. This is everything you need to know about Pancake Day in London. 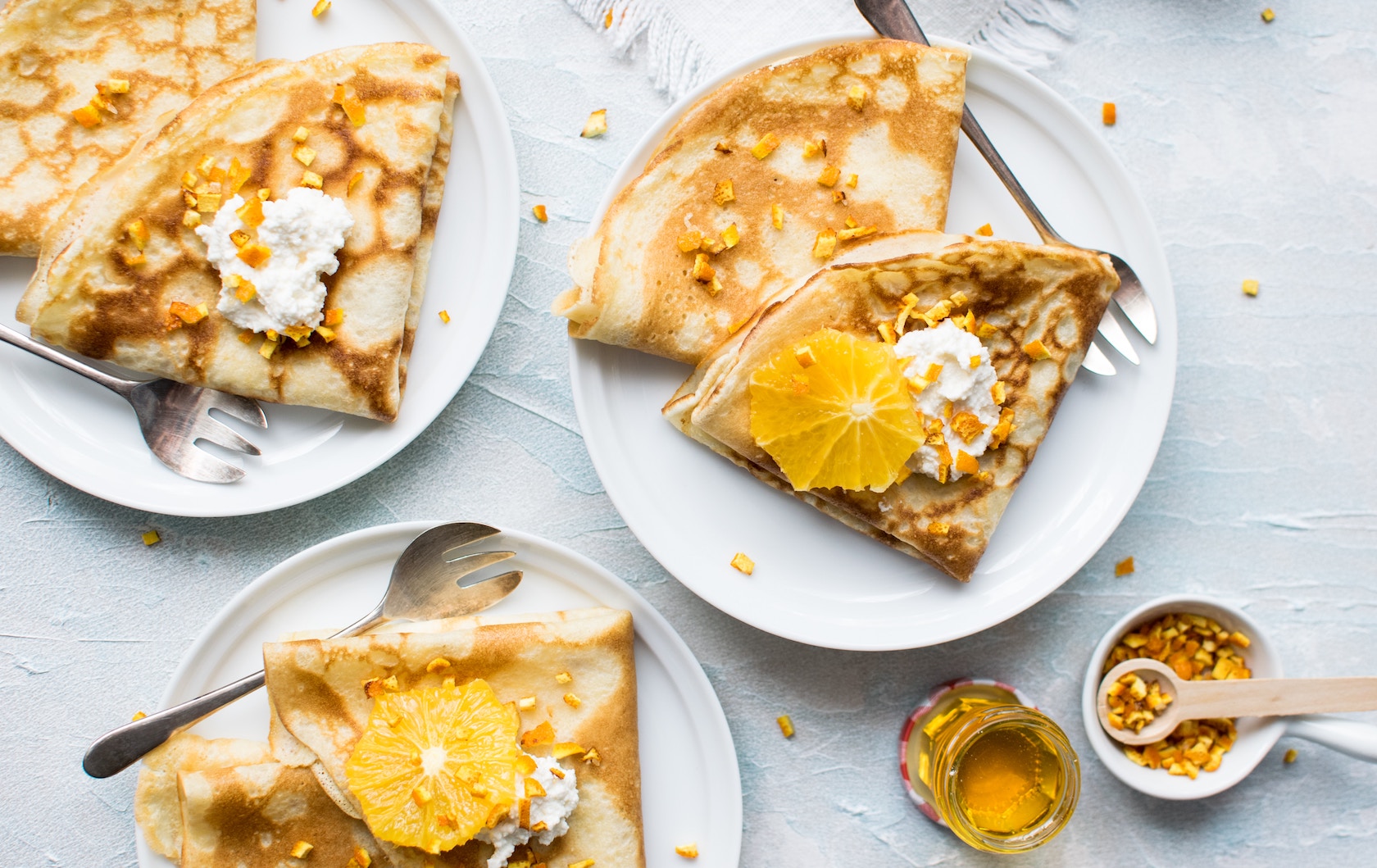 Image by Monika Grabkowska via Unsplash

What Is Pancake Day?

Pancake Day or Shrove Tuesday is the traditional feast day before the first day of Lent (Ash Wednesday). In the Christian faith, Lent is the 40 days before Easter. It’s considered a period of reflection and abstinence where many choose to give up a particular indulgence for those 40 days. Traditionally, richer foods were given up for Lent, so it became a common practice to make pancakes the day before Lent started in order to use up all the leftover eggs, milk and sugar. In other countries, like in the United States, the day before Lent is called “Mardi Gras” or “Fat Tuesday.” Pancake Day in London is celebrated by making and eating pancakes and taking part in pancake races—but more on that later.

When Is Pancake Day?

The date for Pancake Day changes every year. Usually, it hits in February or March, and it’s also the day immediately preceding Ash Wednesday. (So it’s always on a Tuesday.) This year, Pancake Day falls on Tuesday, February 25, 2020. 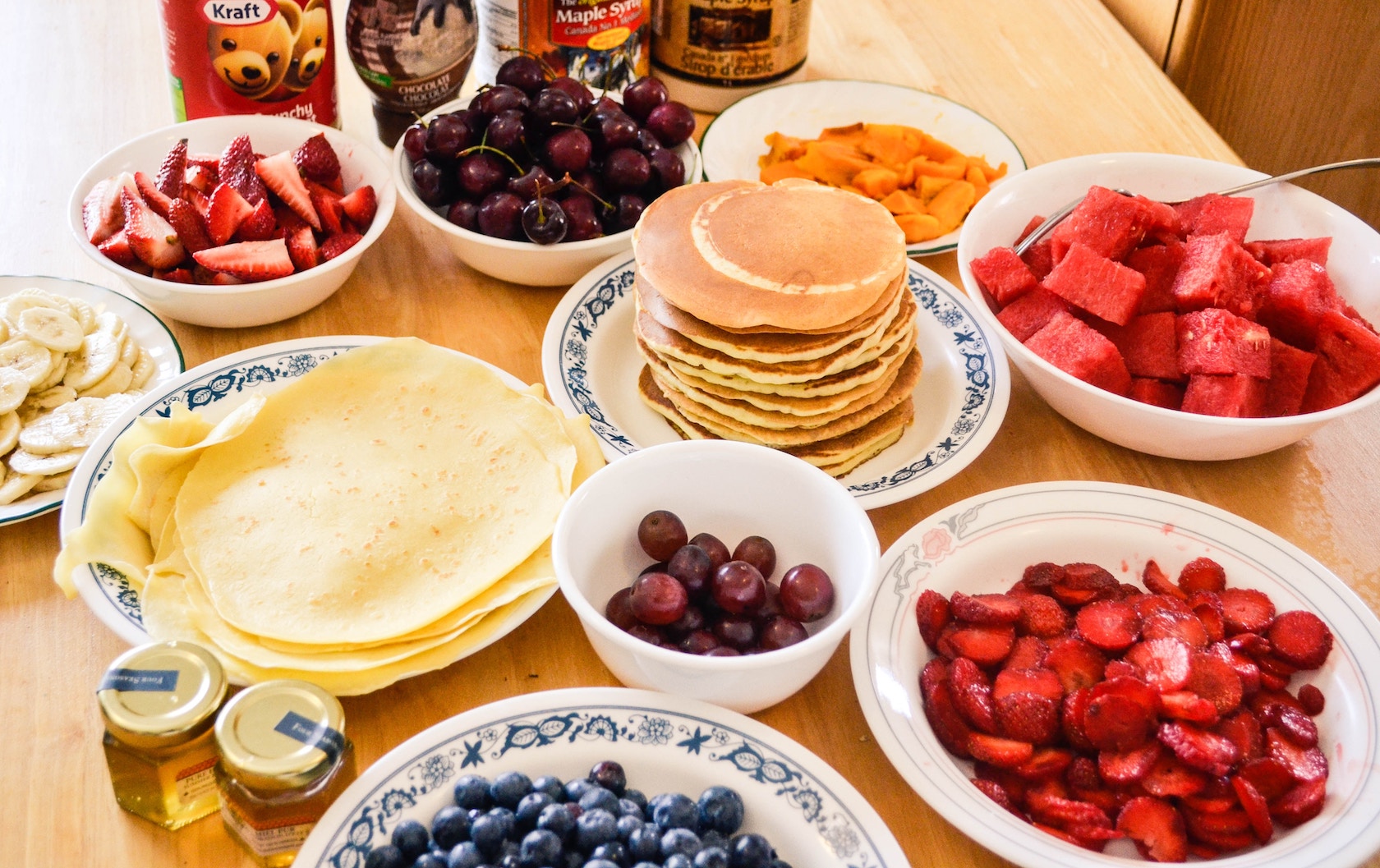 Image by Evelyn via Unsplash

How Is Pancake Day Celebrated?

Lots of people choose to make their own pancakes on Pancake Day, but don’t expect to see those thick, fluffy American pancakes. In the United Kingdom and most of Europe, pancakes are thin and crepe-like. They’re often enjoyed with fillings such as lemon and caster sugar or chocolate sauce. In food stores across the United Kingdom, you’ll find displays set up with all the necessary ingredients, including pre-made pancakes. There are also plenty of restaurants that serve pancakes. (More on that below.)

Besides eating pancakes (which most of the population does even if they’re not religious) there are other ways to celebrate Pancake Day:

Pancake racing is one such tradition. Basically, it’s a race where contestants race while holding a pancake in a pan. While running, they have to toss and catch the pancake in the pan. People often dress up in silly costumes for these races. It’s said that these races date back to 1445, when a Buckinghamshire woman was late for church while still making pancakes. It’s said that she ran to church while flipping her pancake in the pan so that it wouldn’t burn. (That’s some serious dedication to pancakes that we can get behind.) 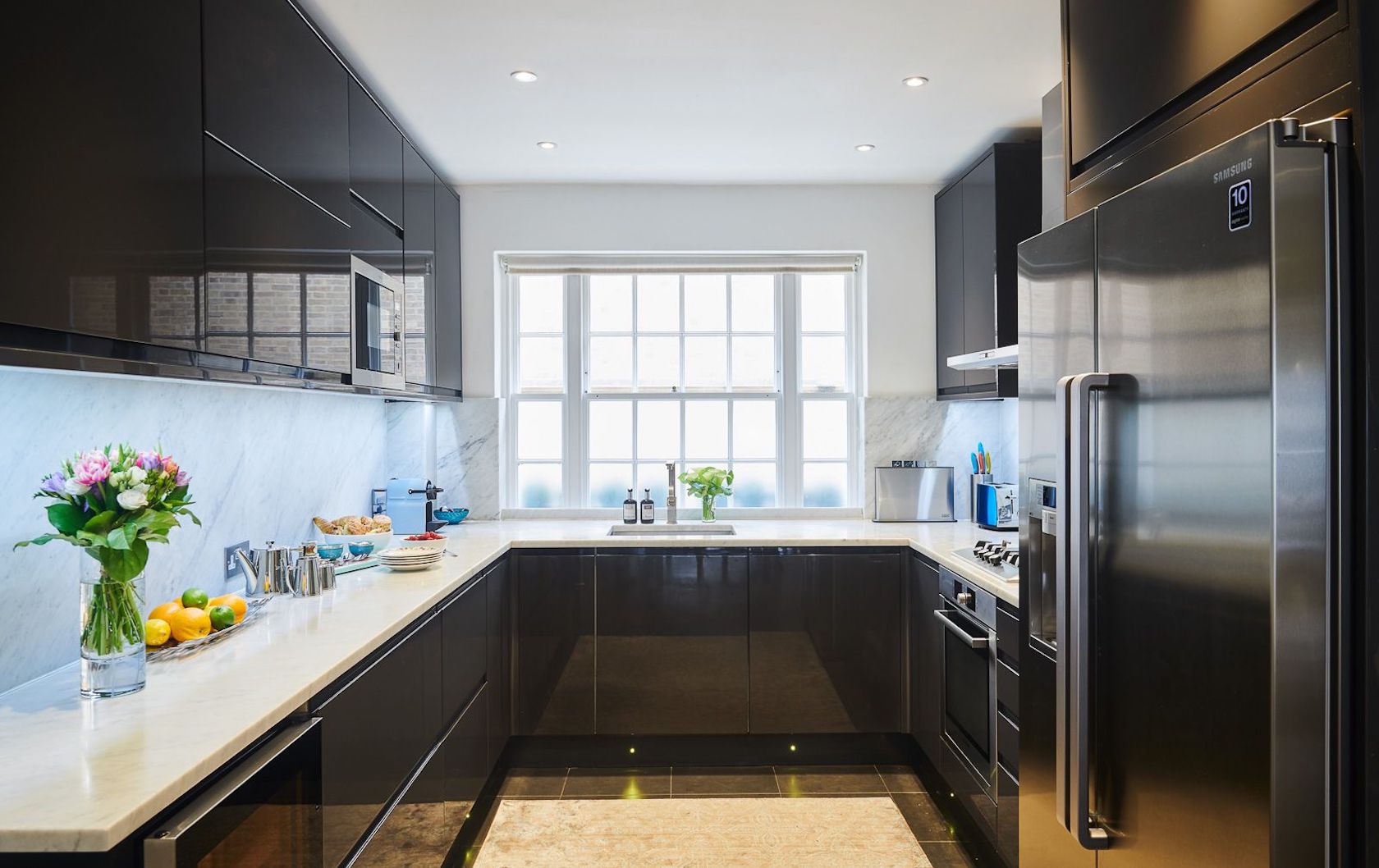 The state-of-the-art kitchen at the York apartment

How Can I Celebrate Pancake Day In London?

If you’re lucky enough to be in London for Pancake Day there are plenty of options to get in on all the delicious fun. As mentioned, these days it’s a citywide tradition that doesn’t necessarily have religious significances and many people celebrate. The most common way to celebrate is to make your own pancakes, which is perfect if you’re staying at a London Perfect apartment. With your own private, gorgeous kitchen—of which we have plenty—try whipping up a batch of English pancakes. You can find a simple lemon and sugar recipe here.

If you’re not in the mood to cook, you could always go out for pancakes. My Old Dutch Pancake House right on the iconic Kensington Church Street makes for the perfect option. They serve both sweet and savory options in a warm setting. Pancake Day is unsurprisingly a big day for the restaurant. On that day, there’s a first-come-first-served reservations policy, so get there early—which will be easy if you’re staying nearby. The gorgeous, well-designed Kensington Court sits right up the street and sleeps up to eight pancake-lovers. The ultra-luxurious and spacious York has many charms, one is which is that it’s located right off Kensington Church Street.

Granger & Co and Farm Girl both in Notting Hill also serve some delectable pancakes—though don’t expect them to be traditional. At Granger & Co dig into their famous ricotta hotcakes served with banana and honeycomb butter (add a side of the grilled Wiltshire bacon if you’re extra hungry). At the organic eatery, Farm Girl try the cherry ripe pancakes made with fluffy buckwheat, buttermilk and raw cacao nibs and served with sour cherry jam, coconut, maple syrup, greek yogurt and toasted almonds. Both the very stylish Danebury, which sleeps six, and the Leicester, which sleeps four, are located right in the neighborhood.

Want to celebrate Pancake Day this year? (Who wouldn’t?) Get in touch with the team at London Perfect today to book your private London apartment vacation rental. 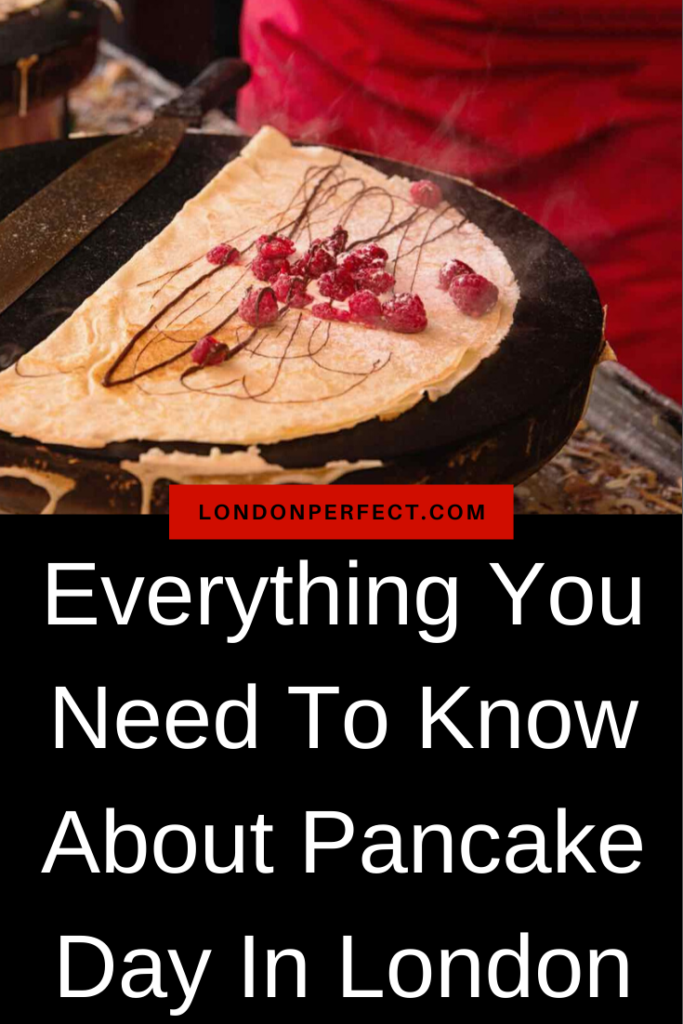 Posted on Tuesday, February 25th, 2020 at 10:51 am in Food & Drink. You can follow any responses to this entry through the RSS 2.0 feed. You can skip to the end and leave a response. Pinging is currently not allowed. 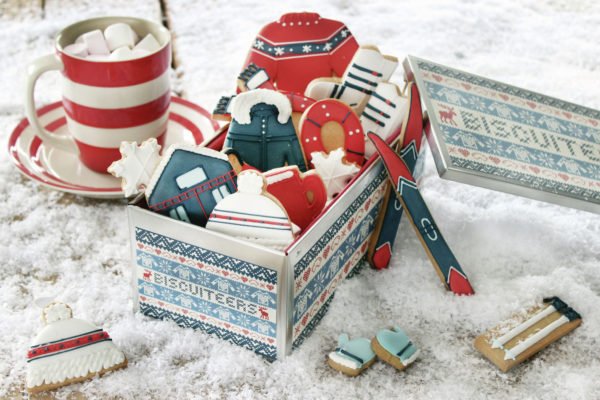 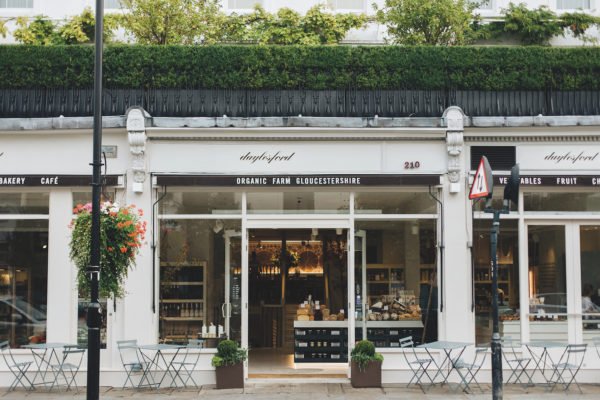 Where to Sip on your Trip: The Best Cafés in Notting Hill