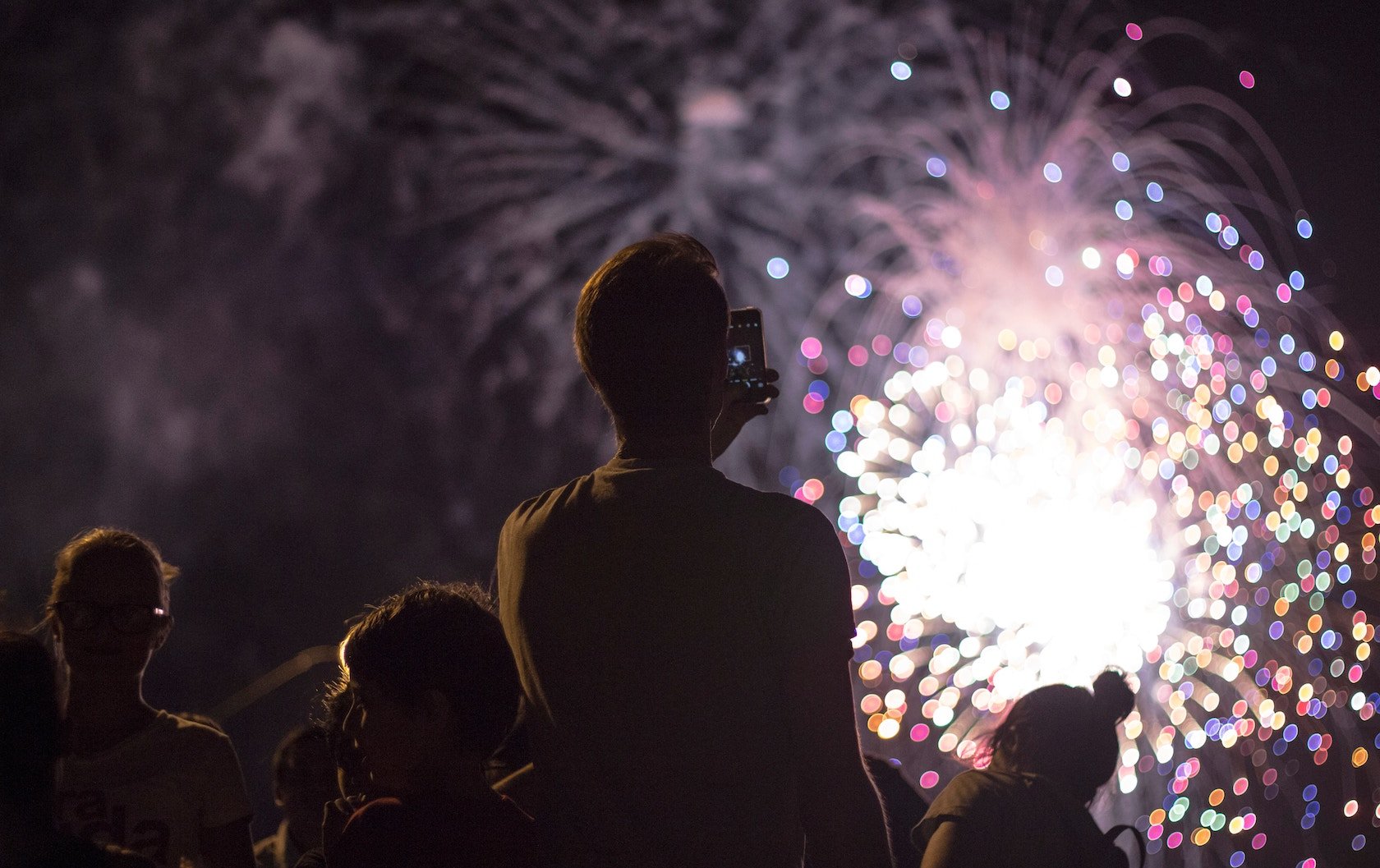 Image by Alex Jones via Unsplash

Are you going to be visiting London on November 5th? If so, you’re in for a surprise. (Don’t worry—it’s the good kind of surprise.) November 5th is known as Guy Fawkes Night in London and all across the United Kingdom. It’s an annual British observance commemorating the failure of the Gunpowder Plot of 1605—but we’ll get into all that in a moment. If you’re lucky enough to be visiting London on this day, expect a citywide party made up of fireworks, bonfires and plenty of food. Here’s everything you need to know about to celebrate Guy Fawkes Night in London.

A Basic Guide To Guy Fawkes Night In London 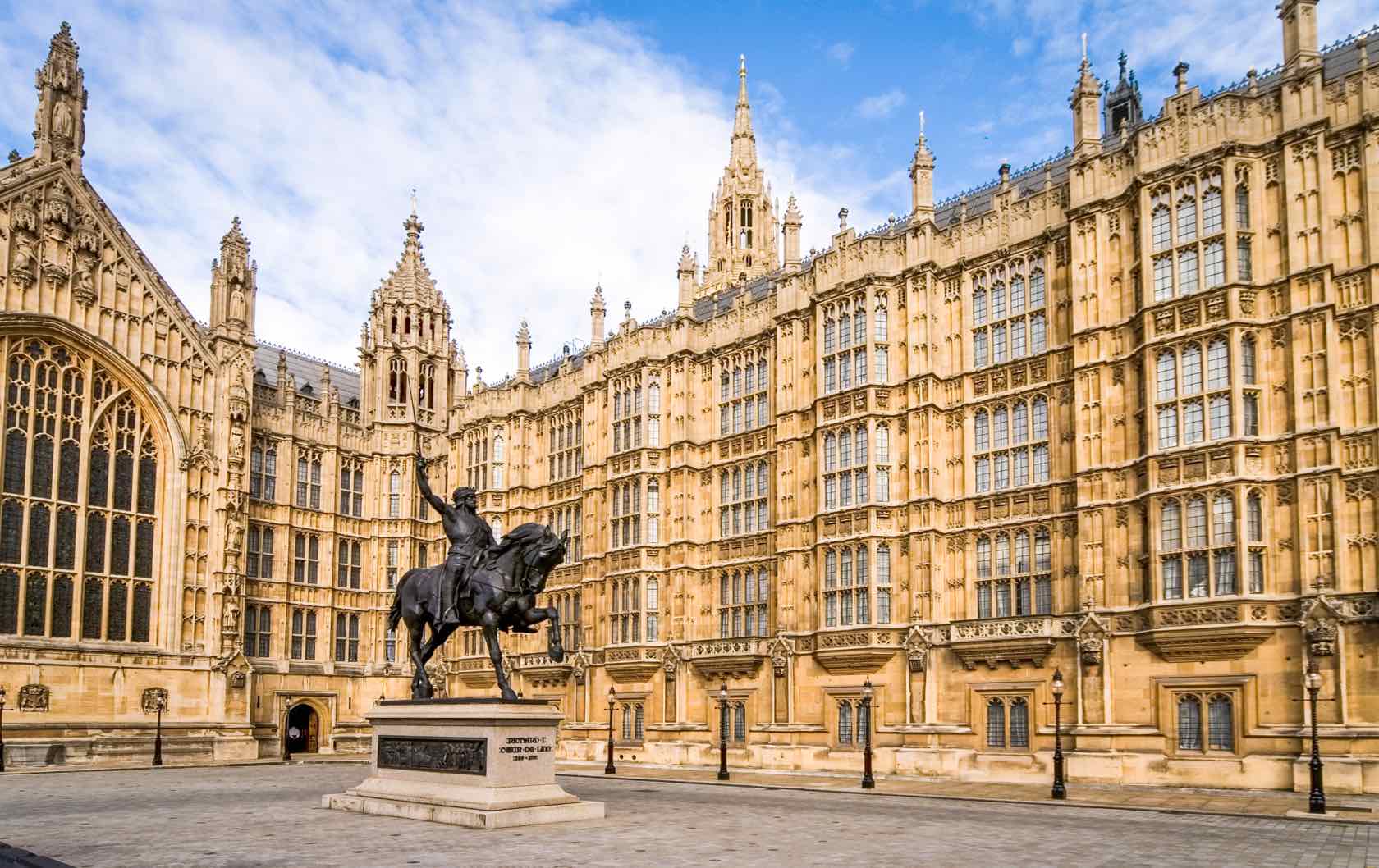 The Houses of Parliament thankfully survived the plot.

What Is Guy Fawkes Night?

Guy Fawkes Night (which is also called Guy Fawkes Day, Bonfire Night or Fireworks Night) is an annual observance on the fifth of November. It commemorates the failed attempt of Guy Fawkes and his co-conspirators to blow up the Houses of Parliament in 1605, which is known as the Gunpowder Plot.

What Happened During The Gunpowder Plot?

Here’s the whole story: There’s a long history of conflict between the Protestants and Catholics in the United Kingdom. In 1605, England was a Protestant country under King James I. Guy Fawkes and his co-plotters were Catholics, therefore their plan was to destroy King James I and his government to prompt a Catholic uprising.

On the night of November 5, 1605, the plotters strategically placed 36 barrels of gunpowder in the cellars underneath the Houses of Parliament. One of the plotters sent a letter of warning to one of his comrades; however, one of the king’s cohorts intercepted the letter. The plot was foiled right before the explosion was about to occur. Guy Fawkes and his band were found in the cellars, arrested for treason and finally executed. 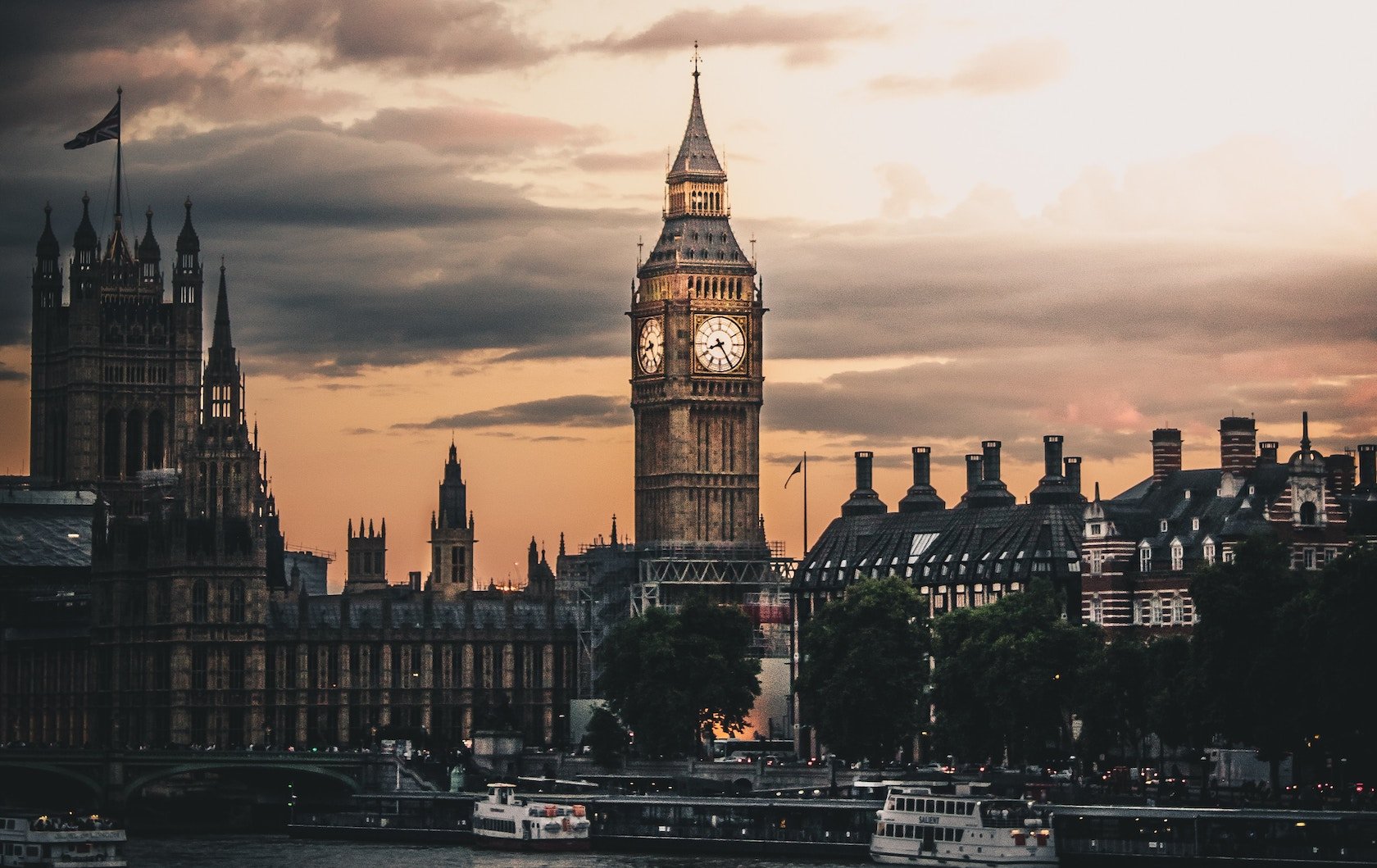 The Houses of Parliament in London’s Westminster. (Image by Luke Stackpoole via Unsplash)

What Is The History Of The Celebrations?

After the plan failed, the public celebrated by lighting bonfires around London. Parliament declared November 5th a national day of thanks, and the first celebration took place in 1606. The bonfire tradition continued through the years and evolved to include the burning of Guy Fawkes effigies.

Also in the seventeenth-century, the fifth of November rhyme became popular. The words are as follows:

By the Victorian era, the annual commemoration became officially known as Guy Fawkes Night. Then, in the early 1900s, firework manufacturers cashed in on the annual event by calling it Fireworks Night.

Guy Fawkes Night in London is a big deal. There are several firework displays that happen both on the fifth of November and in the days leading up to the big night. (See below for more info on the fireworks.)

There are also traditional foods to try on Guy Fawkes Night in London, such as the sticky Parkin Cake. It is made with oatmeal, treacle, golden syrup and ginger. You can try making some yourself in one of our gorgeous London Perfect kitchens. Toffee apples and mulled wine are other popular Guy Fawkes Night treats. Also, throughout the United Kingdom, people light bonfires, and it’s common to cook sausages or toast marshmallows over the fire.

In some towns and cities, there is also a torch-lit procession, where the parade leads the way to the bonfire and fireworks. Many bonfires still include a Guy Fawkes effigy, which is usually made of straw and burned atop the fire. 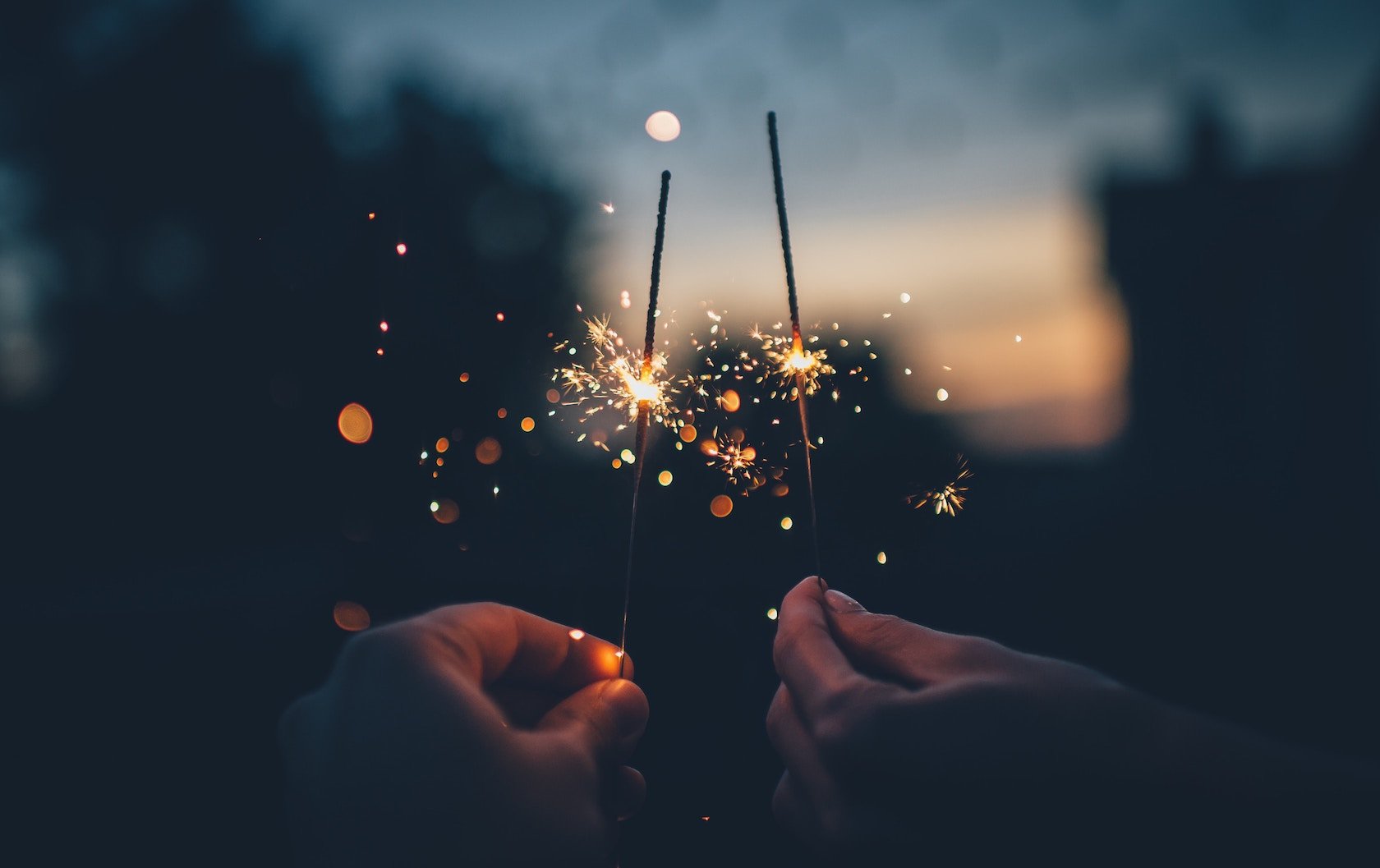 Image by Ian Schneider via Unsplash

Where Are The Best Firework Displays?

There are plenty of fireworks shows to choose from in London. Most of these events require tickets. One of the biggest shows is at Alexandra Palace from November 1st through November 2nd  (£8.50 – £12.00). Snag tickets as soon as possible because it’s very popular.

The Battersea Park Fireworks show are a great option if you’re staying in one of our gorgeous Chelsea rental apartments. The show takes place at Battersea Park, which is very close to the two-level Christchurch and the one-bed and one-bath Hamilton. The event attracts 50,000 locals and visitors and takes place on November 2nd. The show lasts for 22 minutes. Also, there are plenty of pre-show festivities and entertainment. You can get your tickets here.

Want to celebrate Guy Fawkes Night in London? Remember, remember to book a London Perfect apartment for November—or any other month. Get in touch with the team at London Perfect today. They can help find you the perfect rental. 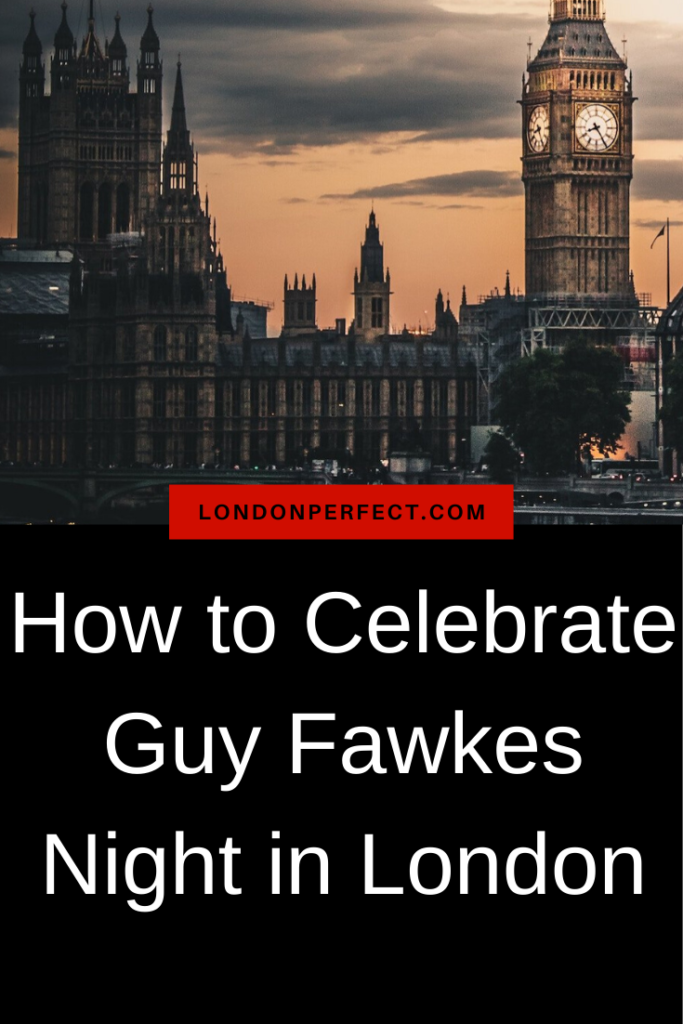 Posted on Monday, October 28th, 2019 at 6:38 am in See & Do. You can follow any responses to this entry through the RSS 2.0 feed. You can skip to the end and leave a response. Pinging is currently not allowed.