Supercalifragilisticexpialidocious! Here’s Where To Find Mary Poppins In London 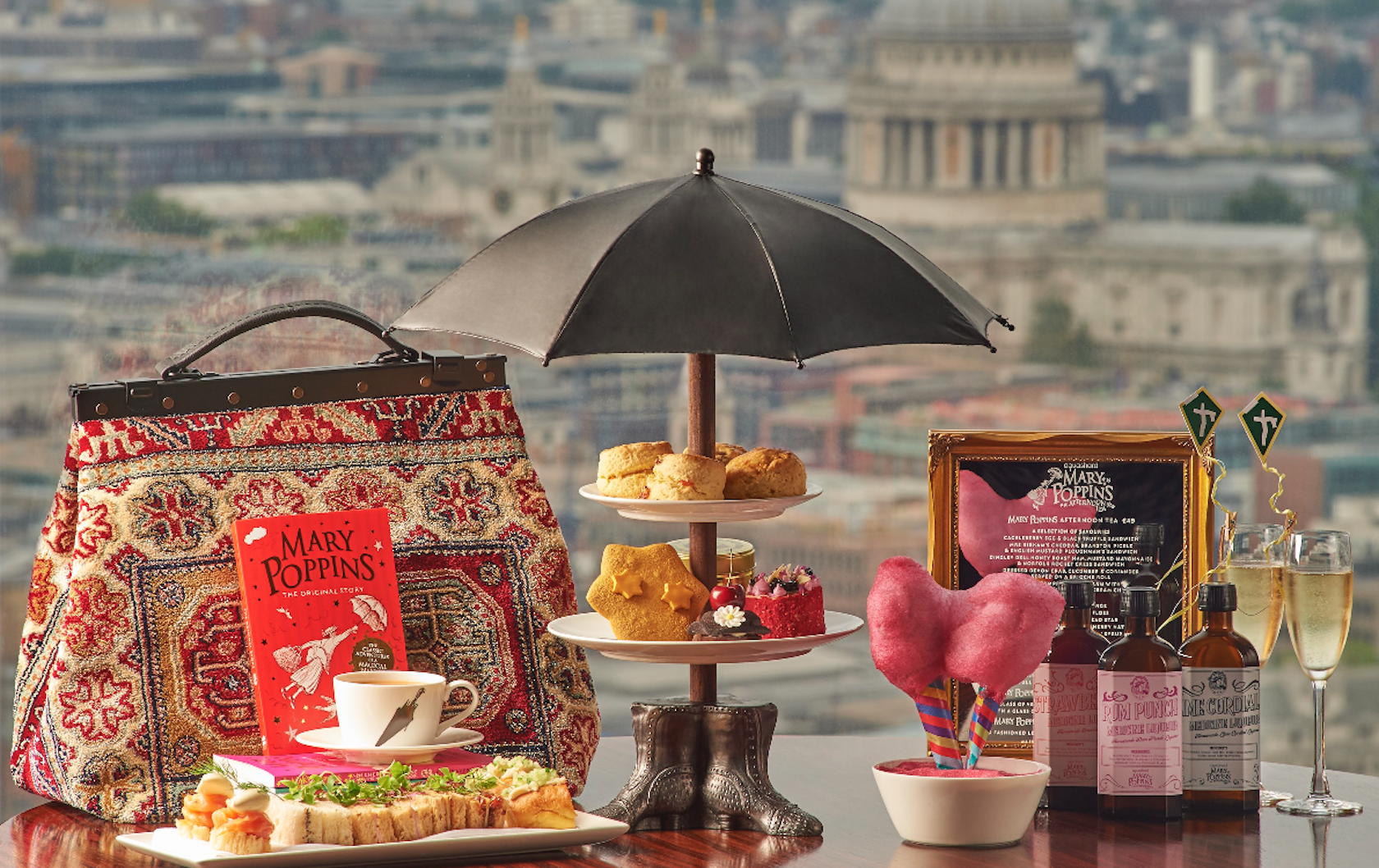 Mary Poppins Returns, the fun-filled fantasy sequel to Disney’s original Mary Poppins movie, is slated to come out in cinemas December 2018. But if you can’t wait for this magical musical come to life (again), then come to London! Though the original movie was filmed on a Hollywood set, London still boasts plenty of real-life locations that inspired the movie’s most famous scenes. Here’s where to find Mary Poppins in London. 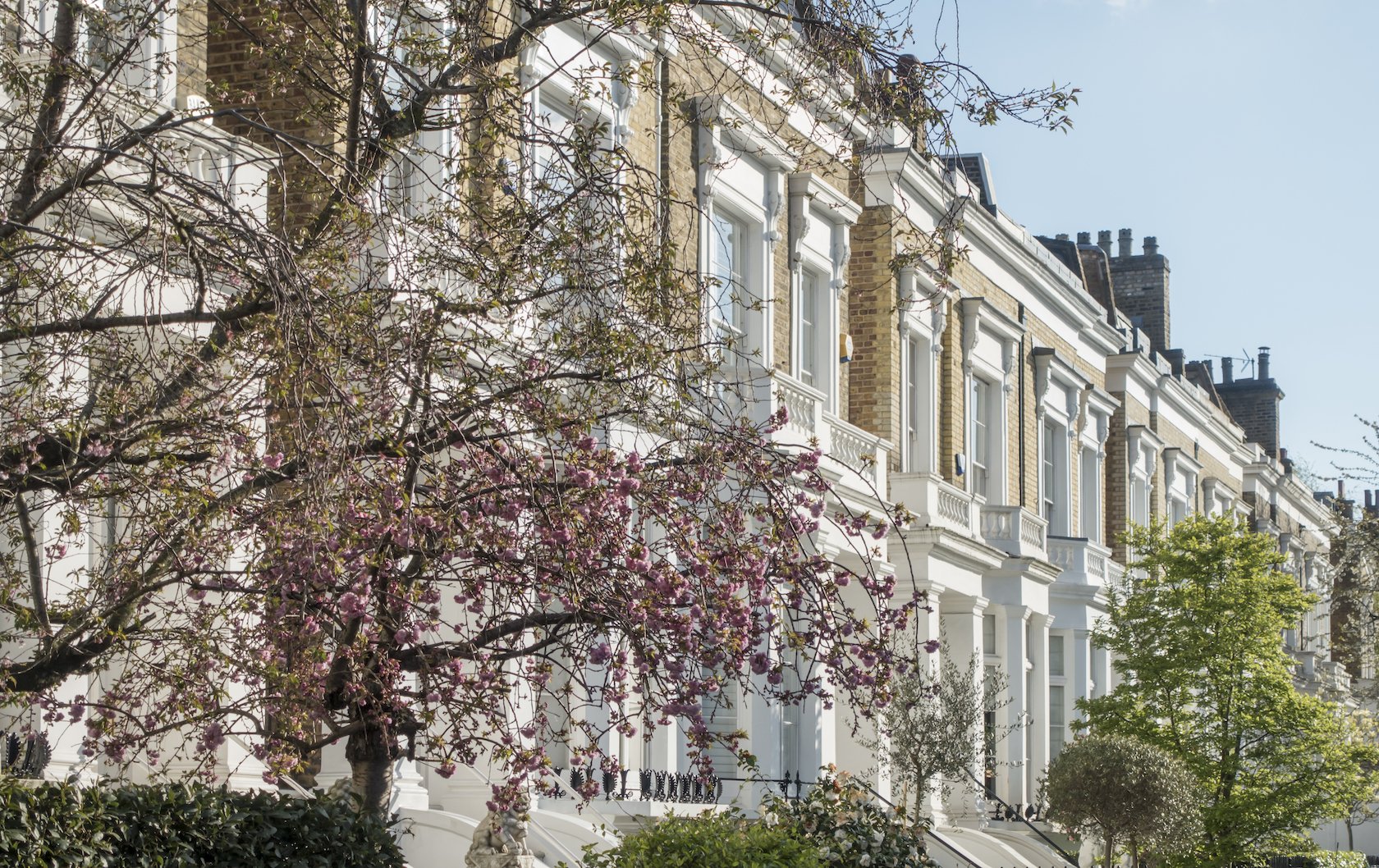 In the spring, it’s easy to confuse the lovely streets of Kensington and Chelsea with Disney’s Cherry Tree Lane.

Have a Spoon Full of Sugar in Kensington and Chelsea 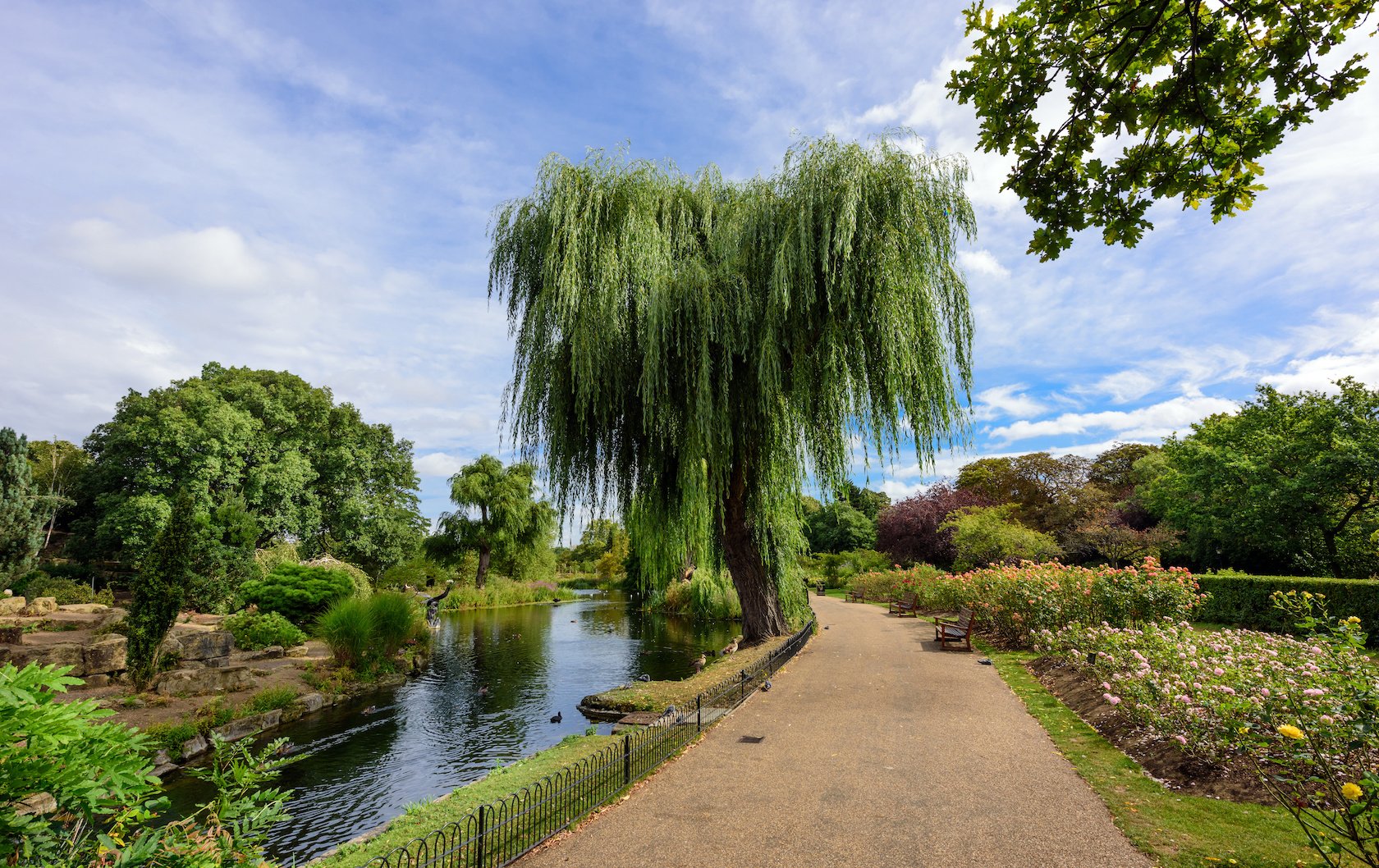 From the winding stream to the lush greenery, Regent’s Park looks very similar to the park in the “Jolly Holiday” animated sequence.

Have a Jolly Holiday in Regent’s Park

In a moment of classic movie magic, Mary, Jane and Michael jump into Bert’s chalk drawings. An animated cheerful scene ensues. Mary and Bert stroll through the most charming park, which looks like Regent’s Park. From the weeping willow trees to the snow-white swans, everyone has a jolly holiday at this beautiful royal park. 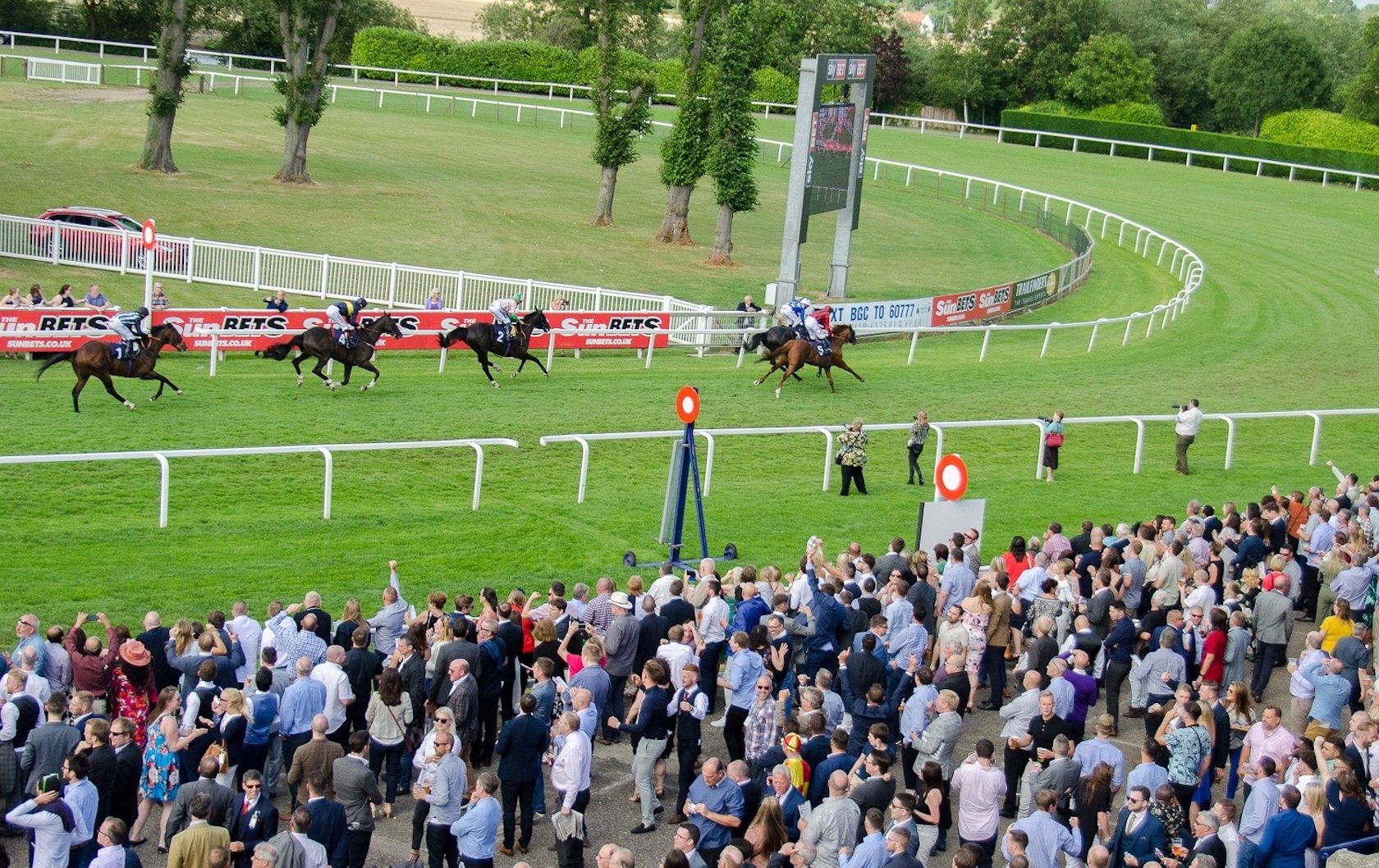 With its green grass and white picket fences, this racecourse looks right out of the original film. (Photo courtesy of The Royal Windsor Racecourse.)

In one of Mary Poppins’ most spirited moments, Mary, Bert and her young changers sing “Supercalifragilisticexpialidocious” while riding on carousel horses that morph into racehorses. Visit the Victorian-influenced Golden Carousel at Southbank Center along the River Thames to replicate this movie moment.

Also, if you want to experience the races, then check out the very familiar green and prim Royal Windsor Racecourse, located just outside of the city. (Of course, in the movie version, Mary Poppins wins the horserace. She is practically perfect in every way, after all!) 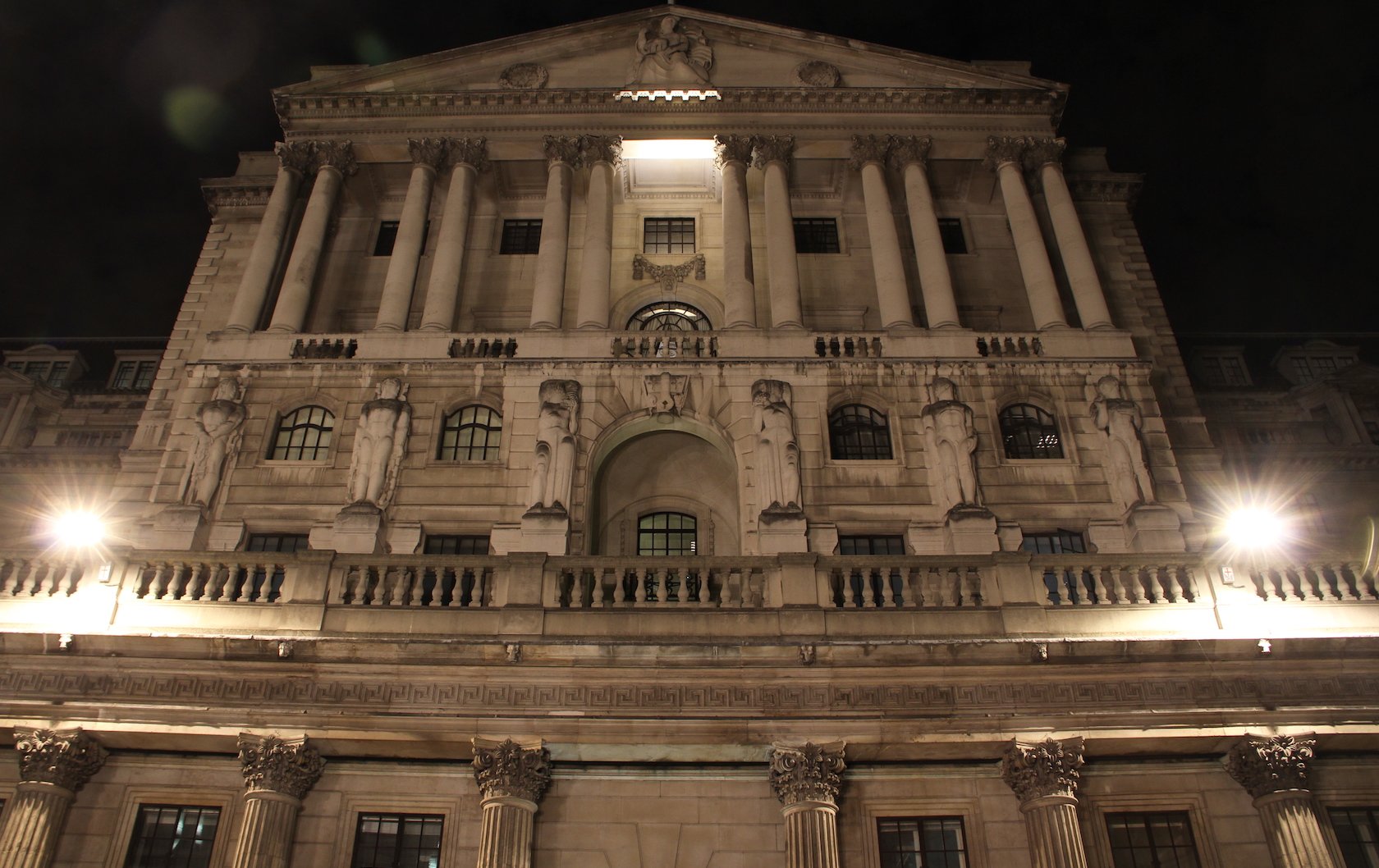 Photo courtesy of The Bank of England.

Lead a Life Like Mr. Banks at The Bank of England

With its imposing exterior The Bank of England building, located in the area known as Bank, stirs up memories of Mr. Banks’ workplace and “The Life I Lead” song, which he sings while inside the bank. Also, rumor has it that the new Mary Poppins movie will feature scenes that were filmed outside The Bank of England building and around Bank as well. (And when the movie is finally released, why not watch it at one of our favorite London cinemas?) 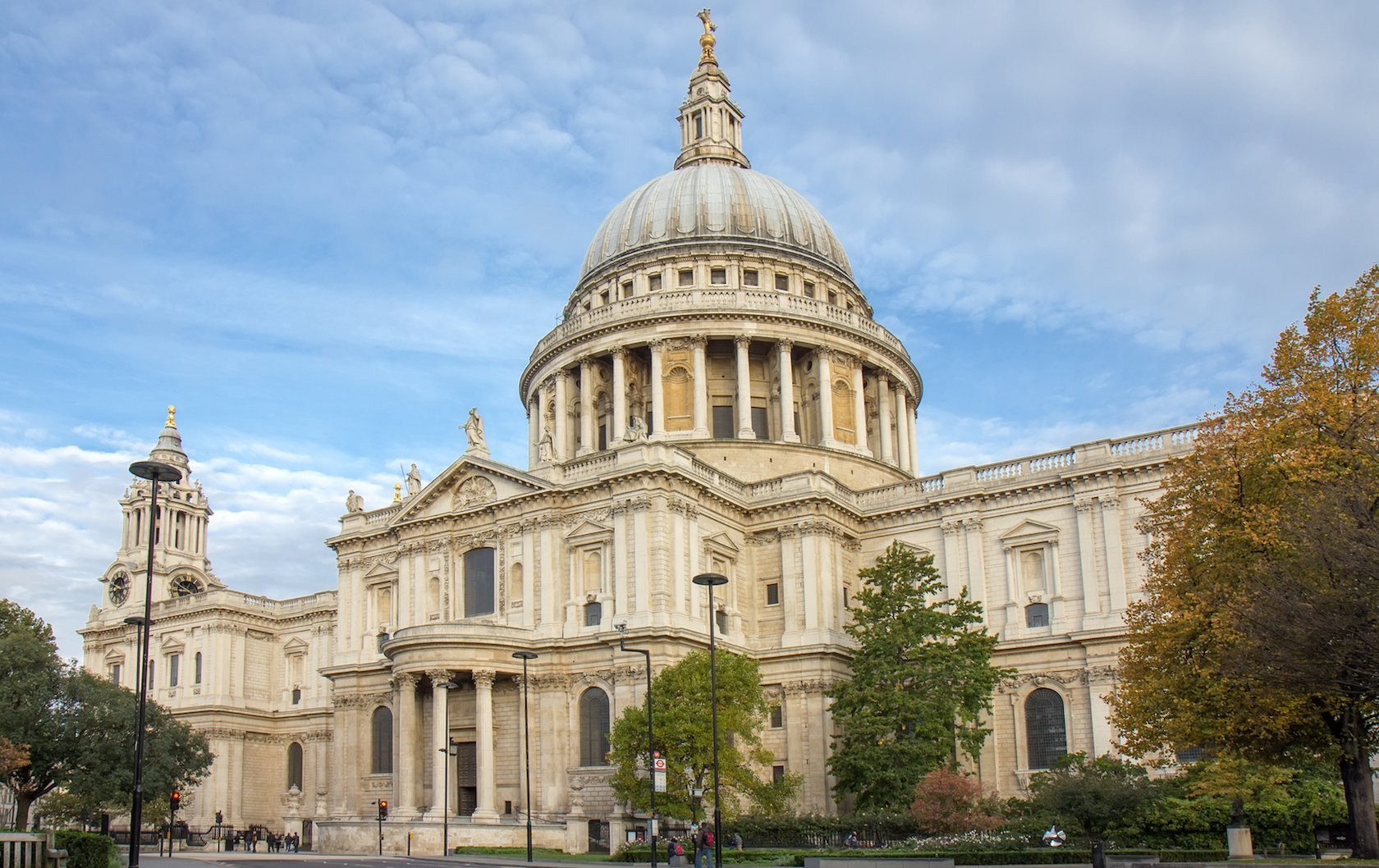 The steps of St. Paul’s are often covered with pigeons.

Any good Londoner can guess that the somber “Feed the Birds” song takes places on the steps of what’s supposed to be St. Paul’s Cathedral. In fact, the famous cathedral is even mentioned in the song. It’s the ideal place to find Mary Poppins in London. Besides that, the architecture is so spectacular that anyone would love this location.

If you’re not up for feeding the birds on the steps of the cathedral, then feed yourself at the nearby Shard. Located on the 31st floor of the colossal skyscraper, the Aqua Shard restaurant just launched their Mary Poppins Afternoon Tea. Featuring adorable edibles like crumpets and traditional finger sandwiches, the afternoon tea treats are severed on a tea tray that looks like an umbrella and inside of a Mary-inspired carpetbag. (Should you want an even better view from the Shard, check out the Skydeck on level 71.)

Ready to find Mary Poppins in London? At London Perfect, we can not only find you the perfect London vacation home, but we’re also here to help with things like booking a Mary Poppins London tour or showing you other London movie locations. So get in touch with the London Perfect team today.

Posted on Monday, September 17th, 2018 at 5:34 am in See & Do. You can follow any responses to this entry through the RSS 2.0 feed. You can skip to the end and leave a response. Pinging is currently not allowed. 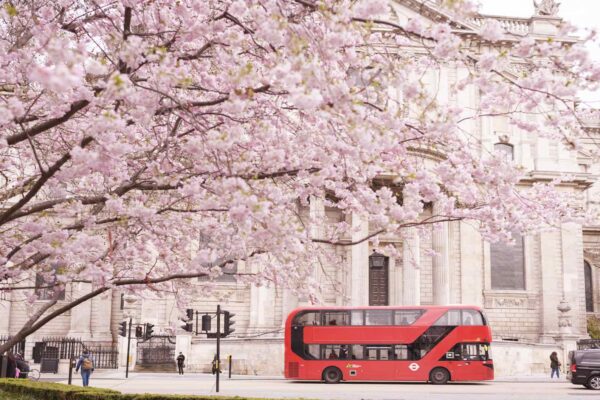 Where to See the Earliest Spring Blooms in London 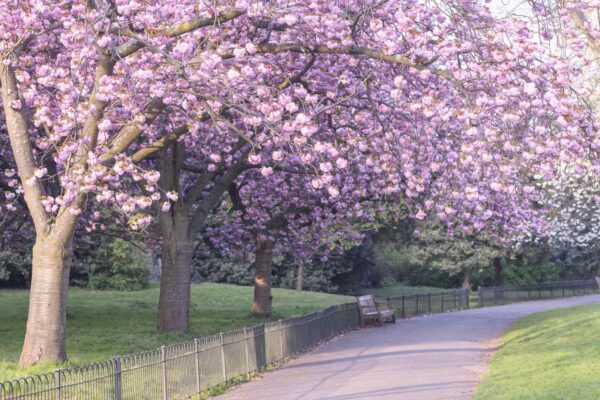 Don’t Miss the Spring Blooms in Kensington and Chelsea 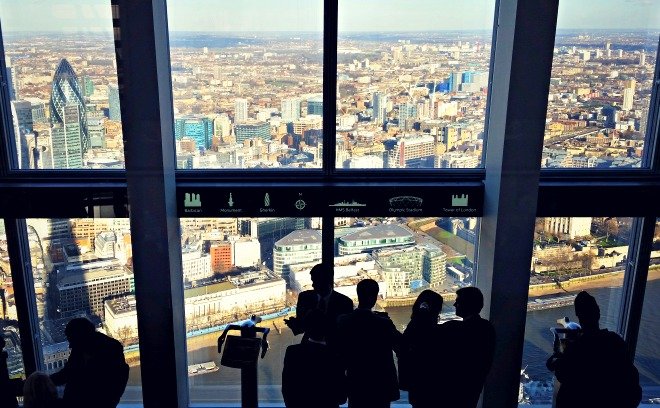 A Spectacular View from the Shard

London Blog > See & Do Supercalifragilisticexpialidocious! Here’s Where To Find Mary Poppins In London