The Hottest Cocktail Bars in London 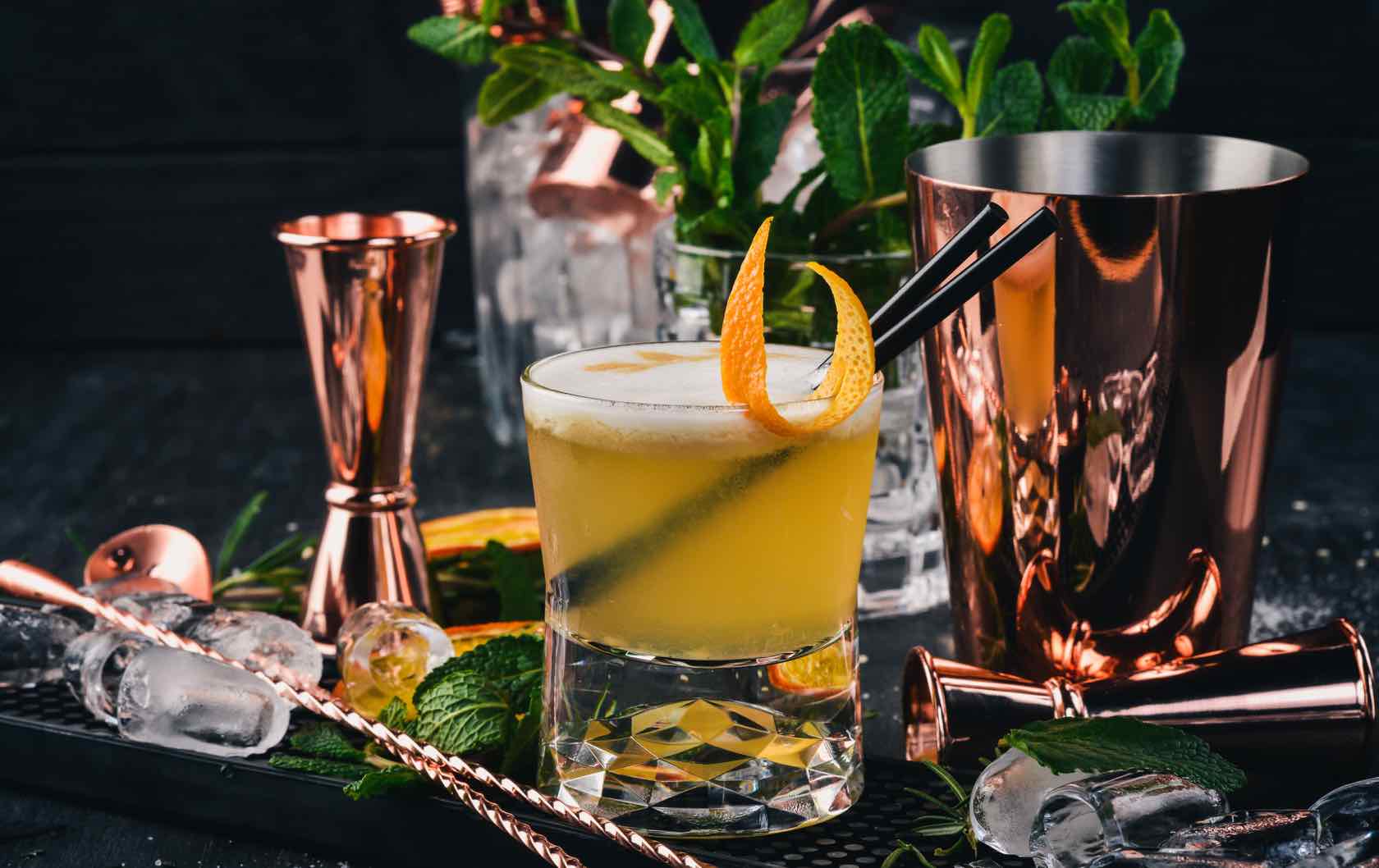 Craft cocktails are having a moment, and London has a host of delicious places to indulge. From twists on the 1920s classics to something totally new and unexpected, these cocktail bars in London are serving up taste and creativity in the chicest of settings. Here are our picks of the hottest drinking dens across the fine city of London. Cheers! 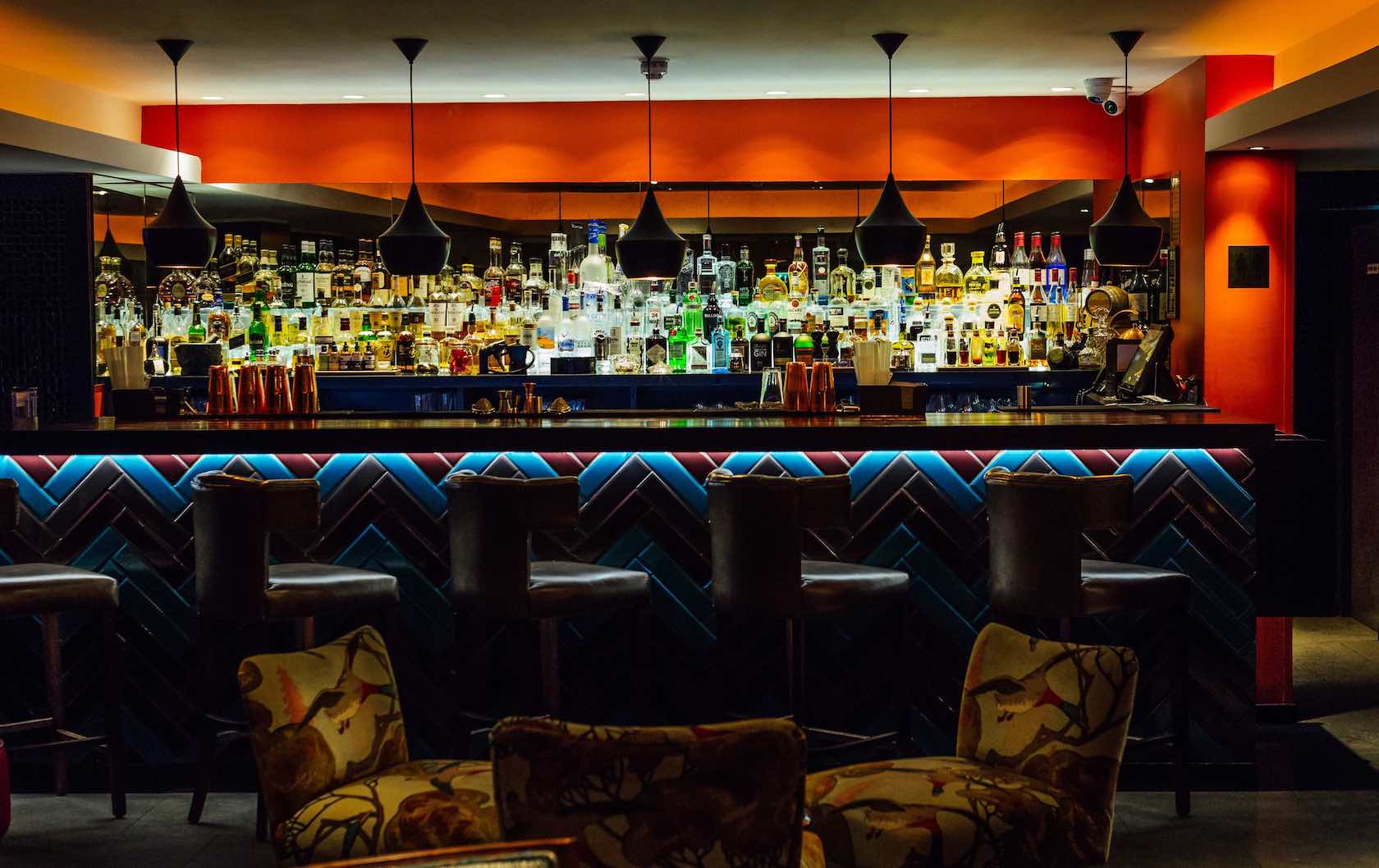 Where is it? In ultra-chic Mayfair

What is it? Benares Restaurant & Bar is a Michelin-starred Indian restaurant and bar on swish Berkeley Square, serving sleek drinks with a sprinkling of Indian flavor. 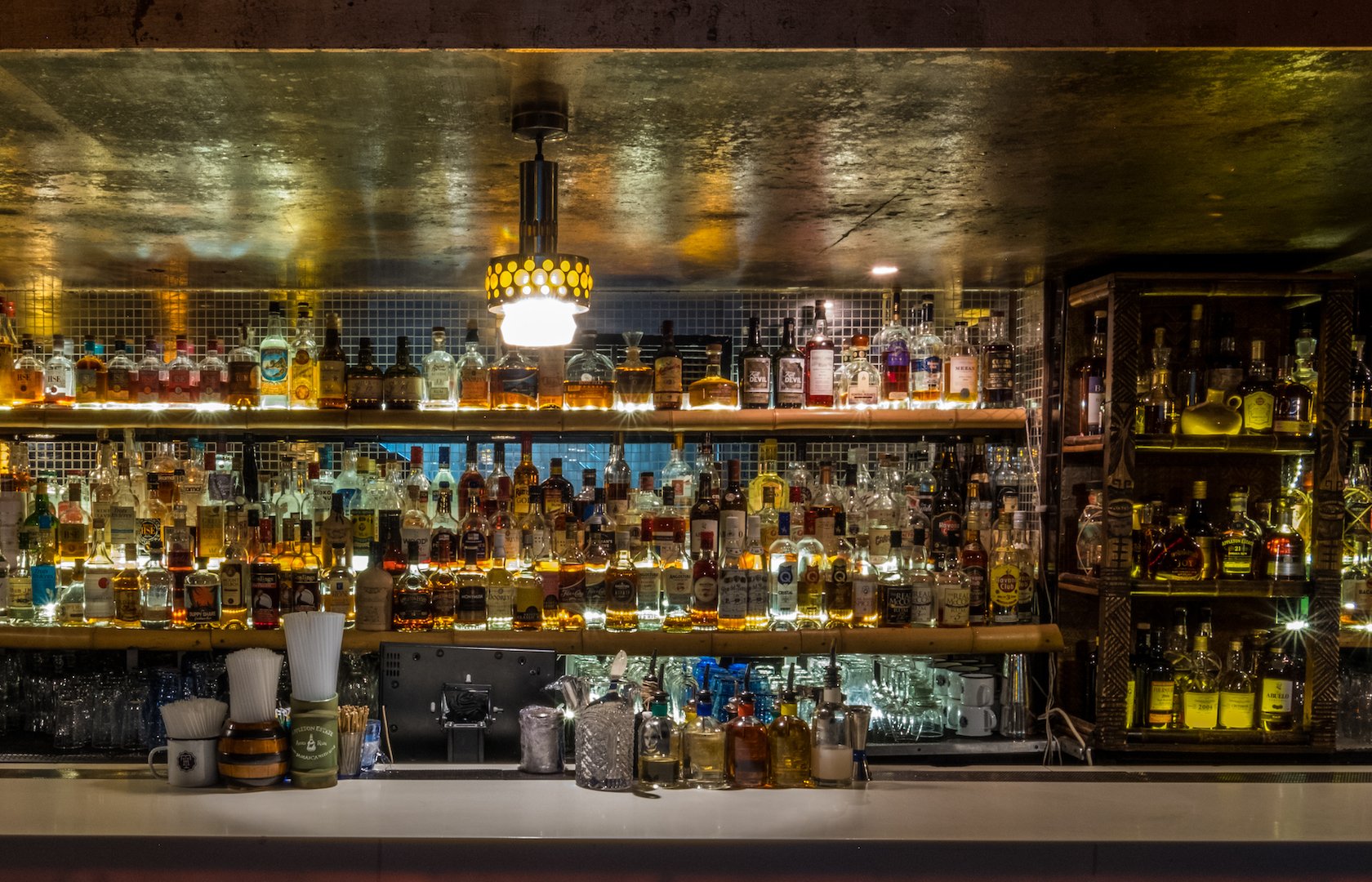 Where is it? Right on the famous Portobello Road in Notting Hill. It’s also right by the Danebury and the Leicester.

What is it? A fun and frisky tiki bar, Trailer Happiness is made for epic nights out on the town. With tropical vibes and good tunes, this is a chill bar with some seriously strong cocktails. Consider yourself warned! (But even if you overdo it, we’ve got you covered for coffee in Notting Hill for the morning after.)

What to drink? Bring a plus one and get the Trailer Colada. This drink for two is made with Don Q Anejo, coconut rum, pineapple, coconut cream and molasses. You can even try recreating the recipe in your own London kitchen. 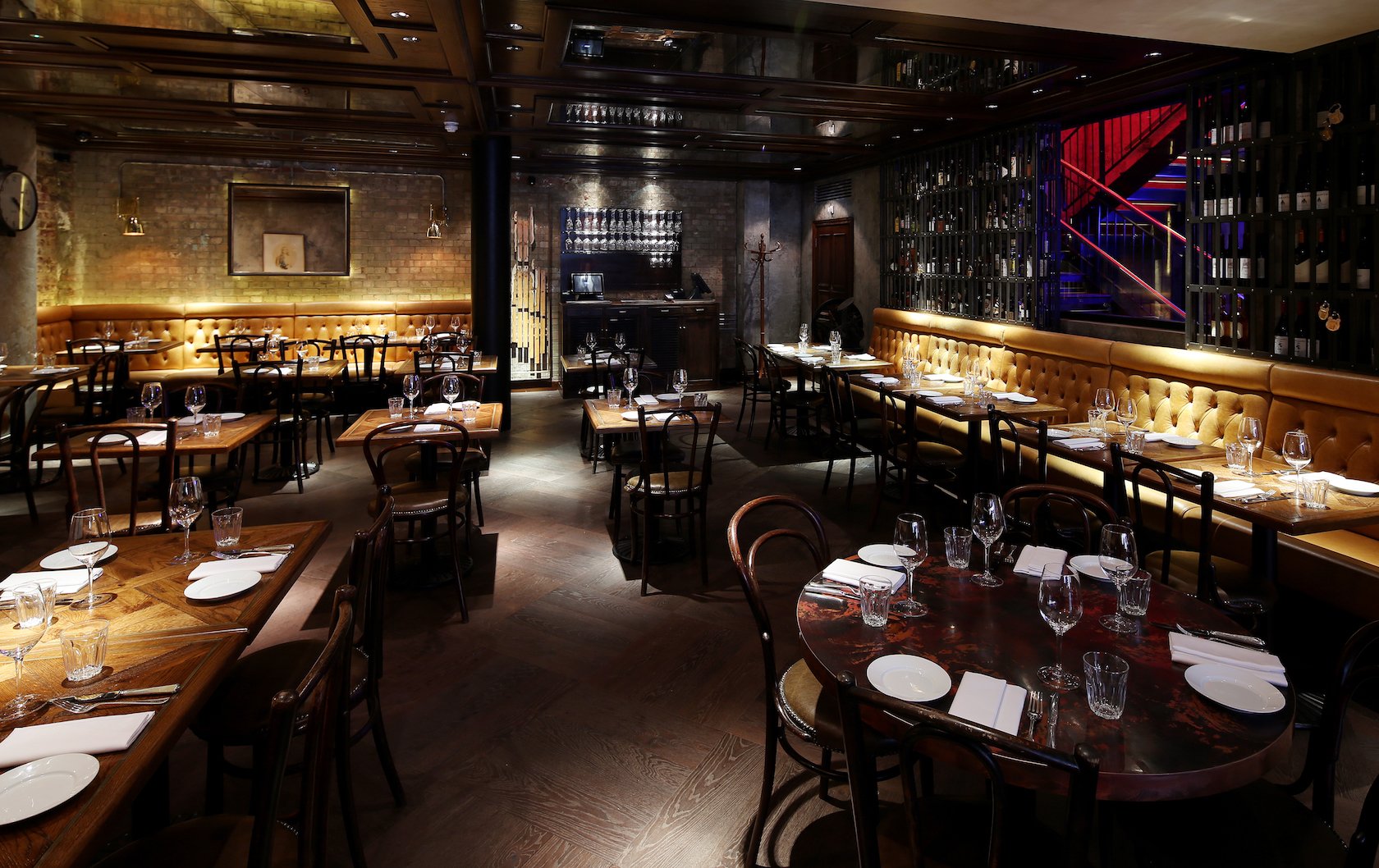 Photo courtesy of the Blind Pig

Where is it? In always-cool Soho

What is it? Tucked above the Social Eating House restaurant, you’ll find the Blind Pig, a laid-back speakeasy with playful concoctions that have earned it a place on the list of the best cocktail bars in London.

What to drink? Blind Pig’s menu pays homage to British childhood favorites like Peter Rabbit and Winnie the Pooh. Try the adorable Paddington’s Lost and Found, which is made with Ketel One Oranje, Reisling, Tripple Sec, citrus and garnished with Paddington’s favorite: a toast and marmalade sandwich! How adorable? 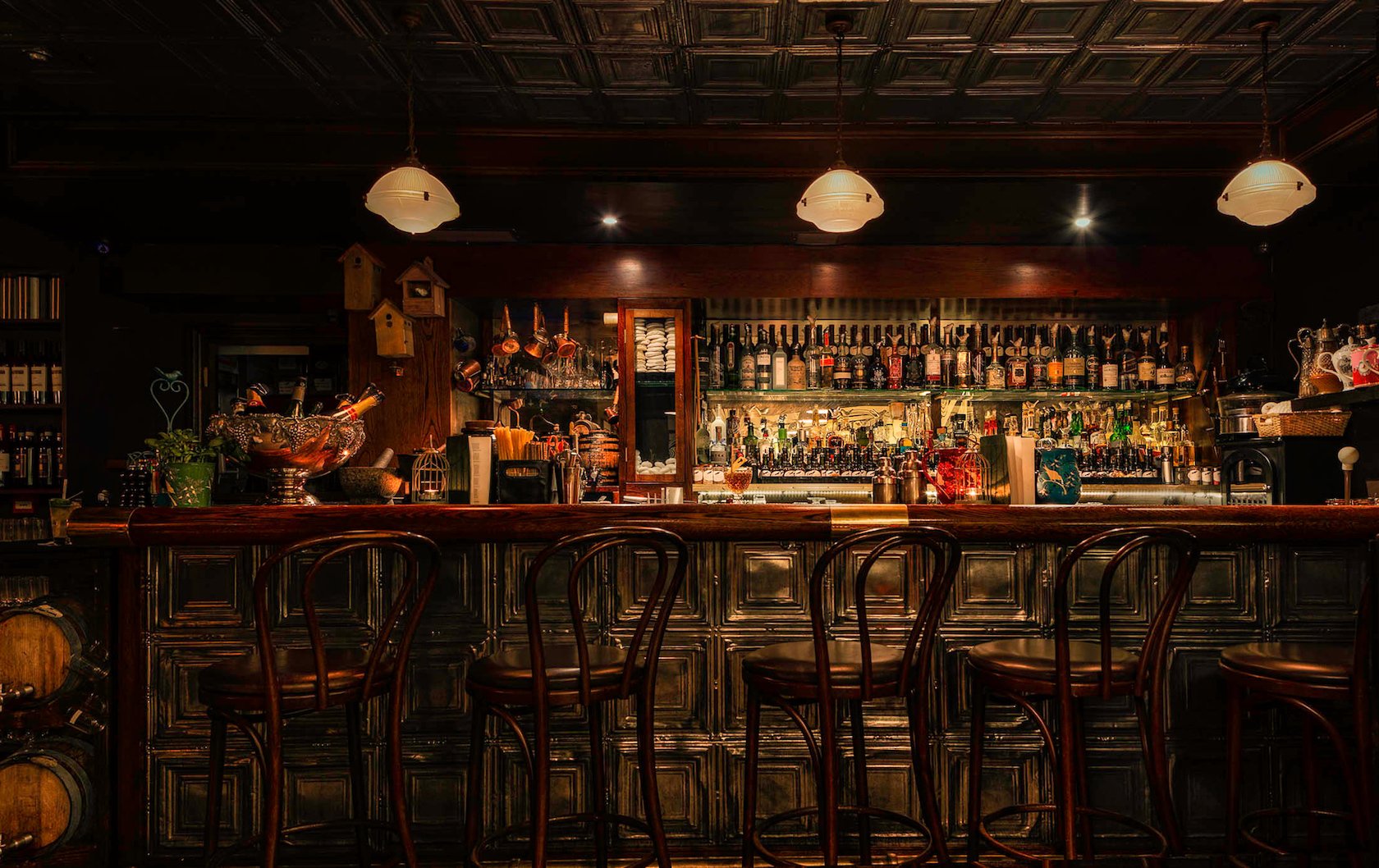 Where is it? In the buzzy part of Hoxton

What is it? Nightjar is a subterranean speakeasy-style bar that features live music and a cool crowd. The vibe is very Roaring Twenties without coming off as too kitschy. Masterful mixologists craft cool cocktails with surprising ingredients like sencha tea, seaweed and buffalo mozzarella. They’re also surprisingly tasty! 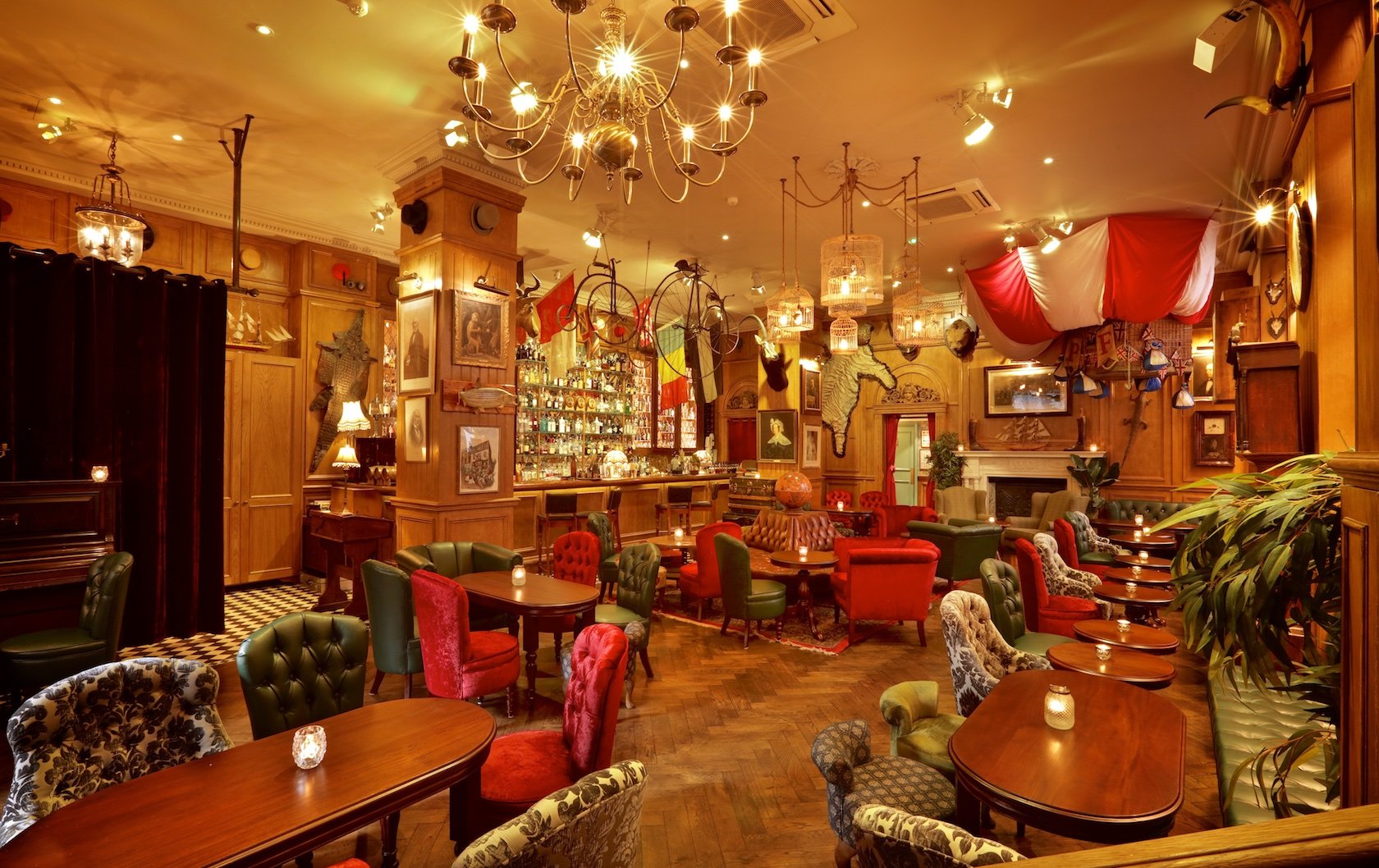 Where is it? Tucked away on a Mayfair sidestreet

What is it? Mr Fogg’s Residence is a wild and wonderful cocktail bar built around the theme of the Victorian novel, Around the World in Eighty Days by Jules Verne. 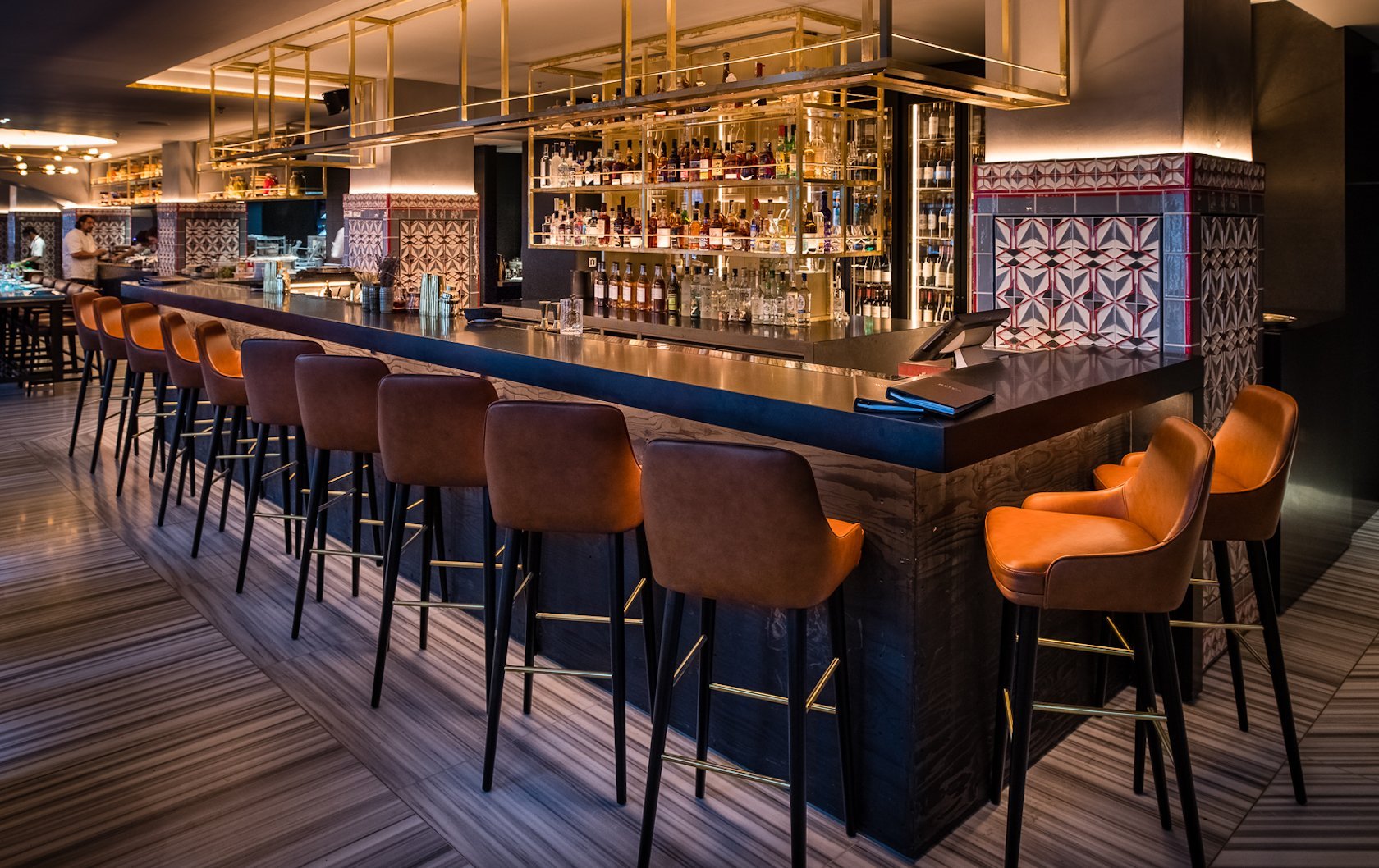 Photo courtesy of The Mekan; by Paul Winch-Furness

Where is it? Inside of Rüya restaurant, in Mayfair

What is it? Turkish cocktails are two words not often seen together, but at The Mekan in the upscale Anatolian restaurant Rüya, you’ll find cocktails inspired by the seven regions that comprise Anatolia including Marmara, Aegean, Central Anatolia, Black Sea, South East Anatolia and East Anatolia.

What to drink? Go for the Ottoman Old Fashioned, a smoky swirl of bourbon whisky, tobacco and dates, finished with bitters or the Fez, an exotic fusion of dark rum, port wine, lime and berries. 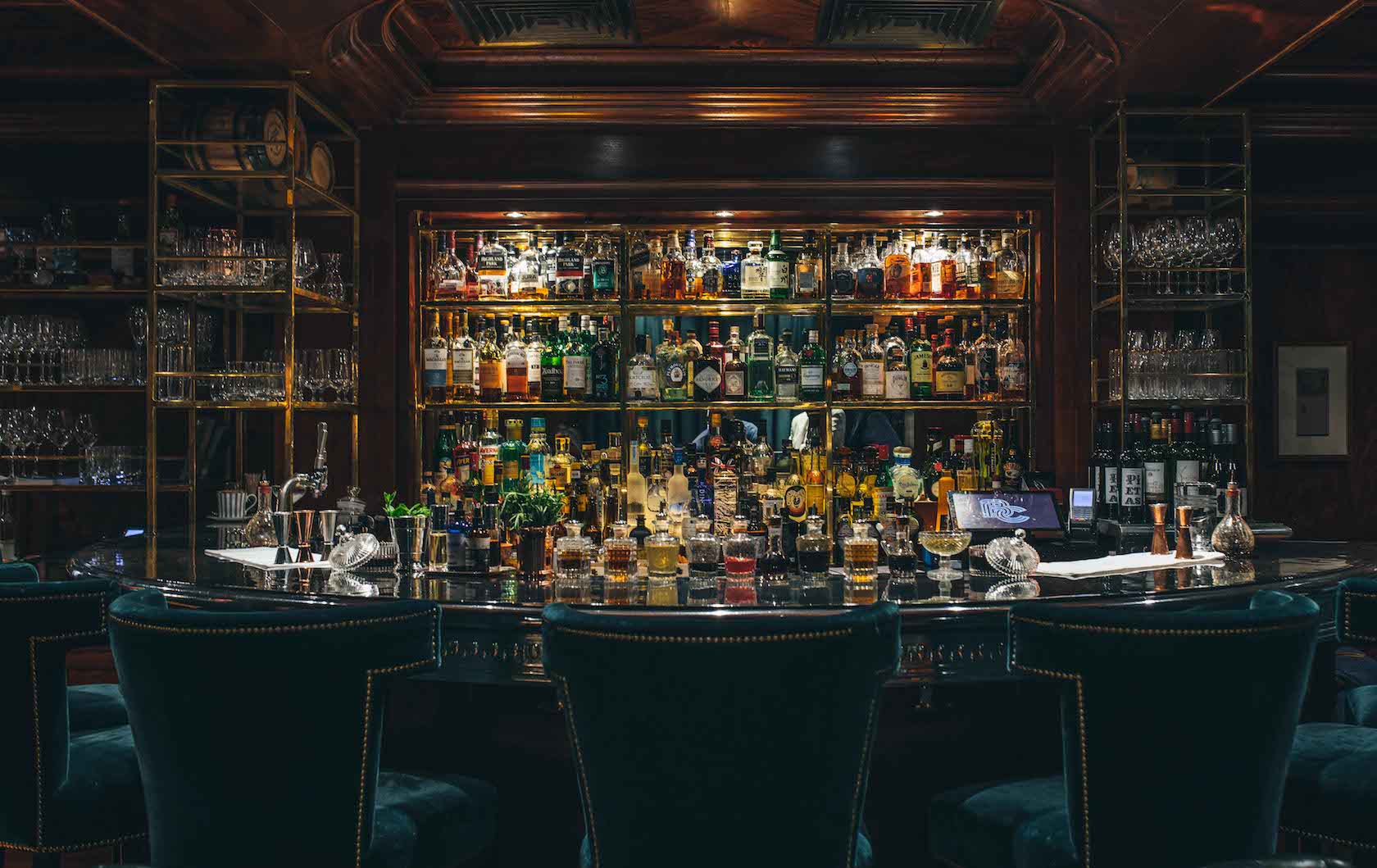 Photo courtesy of The Bloomsbury Club

Where is it? In the heart of Bloomsbury

What to drink? Cocktails are named after members of The Bloomsbury Club literary circle; so try the Virginia Woolf in honor of their most famous member. It is made with Writer ShortCross Gin, Honey Raspberry Shrub, Amaro Mondino, lemon juice and egg white.

Are you thirsty yet? If you’re ready to hit up the hottest cocktail bars in London (or even the bars with the best views), contact London Perfect today. We can help you find the perfect vacation rental for you and all of your drinking buddies. 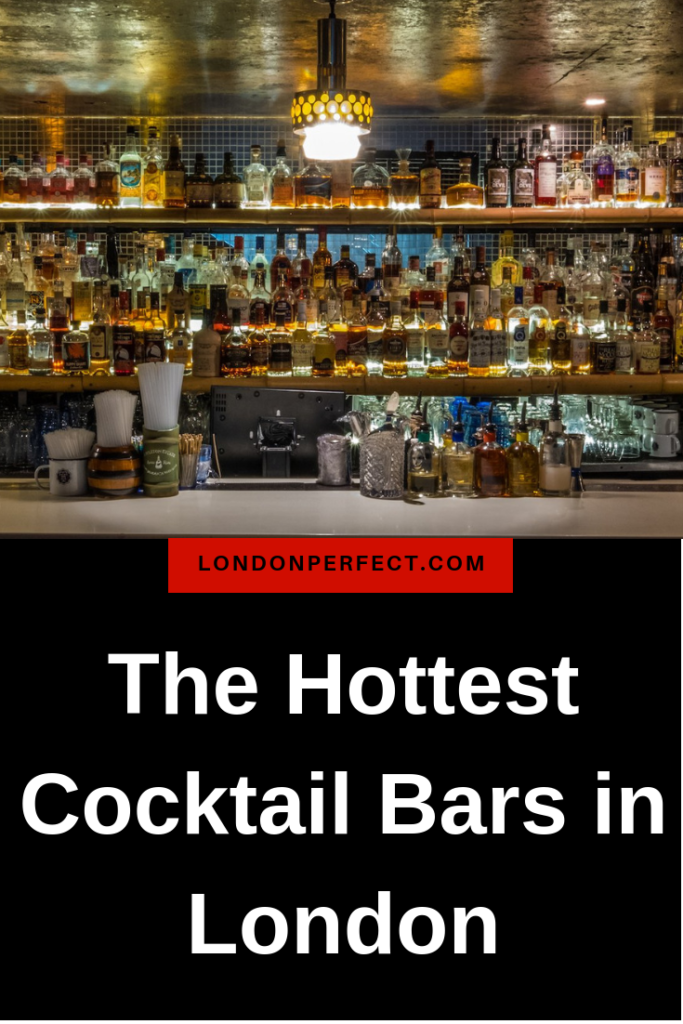 Posted on Monday, October 1st, 2018 at 4:20 am in Food & Drink. You can follow any responses to this entry through the RSS 2.0 feed. You can skip to the end and leave a response. Pinging is currently not allowed. 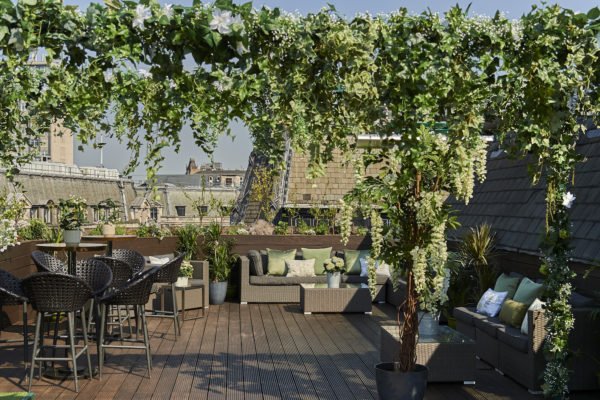 Vodka with a View: The Best Rooftop Bars in London 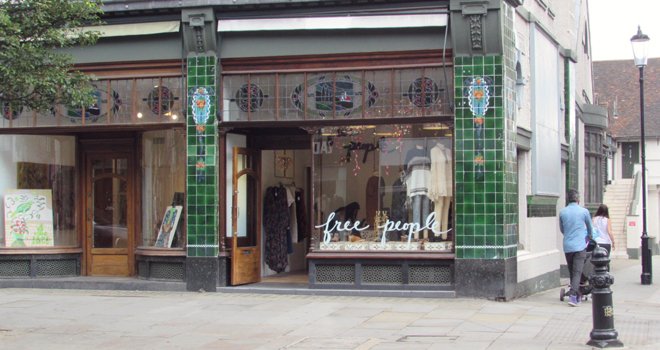 London’s Hottest Pop-Up Shops – Catch Them While You Can!

Uncork And Unwind: Where To Drink Wine In London